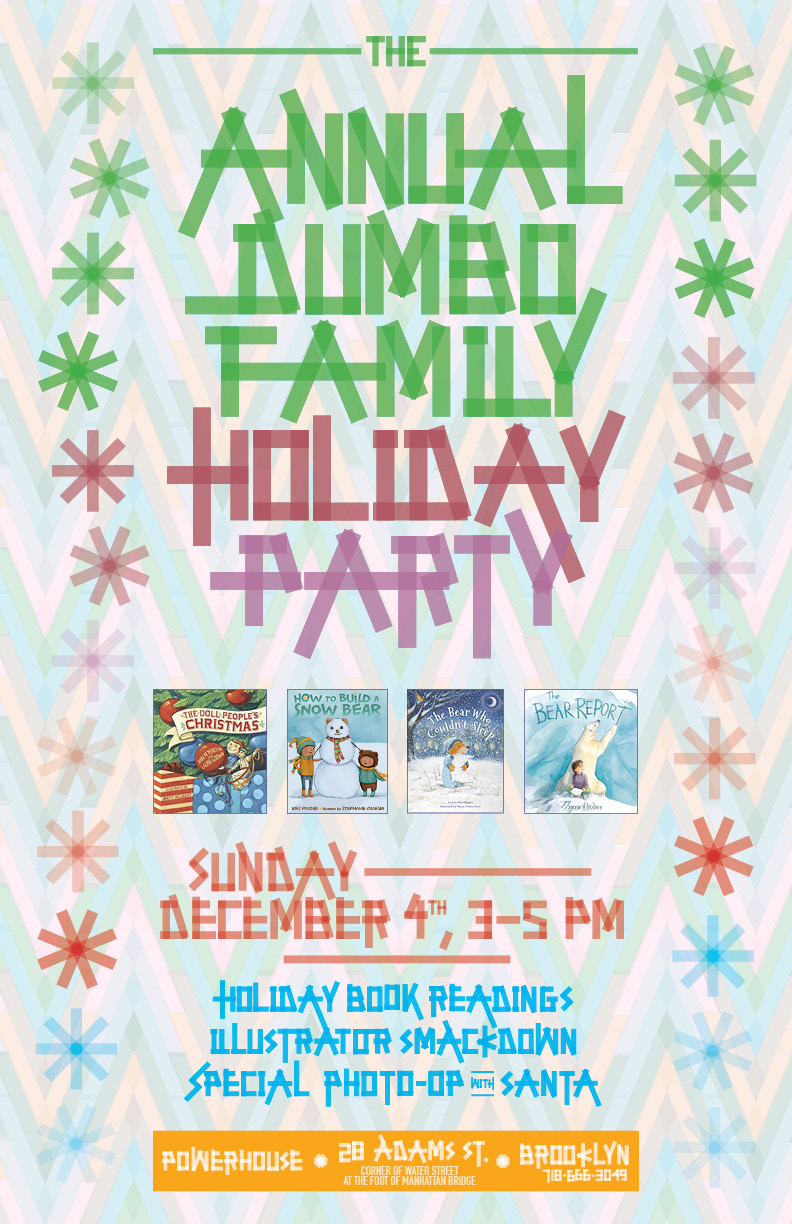 Join in on the holiday festivities with some holiday and winter-themed book readings! You’ll also have the chance to meet some of POWERHOUSE’s favorite kids books illustrators as they battle each other in a fun, good-natured drawing competition based on holiday-inspired suggestions from kids in the audience!

Participating authors and illustrators include:

Thyra Heder is the author of Fraidyzoo and The Bear Report, an ALA-ALSC Notable Book hailed by Kirkus as “riotous buffoonery” in a starred review. She is also an illustrator and storyboard artist for film and advertising. She lives in Brooklyn.

Stephanie Graegin has illustrated many popular books for children, including Peace Is an Offering and her brand-new picture book How to Build a Snow Bear. She lives in Brooklyn, New York.

Caroline Nastro was born and raised in New York City, where she currently lives. She is an award-winning playwright, screenwriter, and theater director. The Bear Who Couldn’t Sleep is her first picture book.

Brett Helquist is the illustrator of the best-selling A Series of Unfortunate Events books, as well as many other popular titles among them the new picture book The Doll People’s Christmas. He worked as a graphic designer before becoming a full-time illustrator. Brett lives with his family in Brooklyn, New York.

Ann M. Martin is the author of many books for young readers, including Rain Reign, Belle Teal, A Dog’s Life, and A Corner of the Universe, a 2003 Newbery Honor Book. She is also the author of the Baby-sitters Club series and the Family Tree series. Ms. Martin makes her home in upstate New York.

Laura Godwin, also known as Nola Buck, is the author of many popular picture books for children, including Oh, Cats!; One Moon, Two Cats; This Is the Firefighter; and Christmas in the Manger. Born and raised in Alberta, Canada, she now lives in New York City.