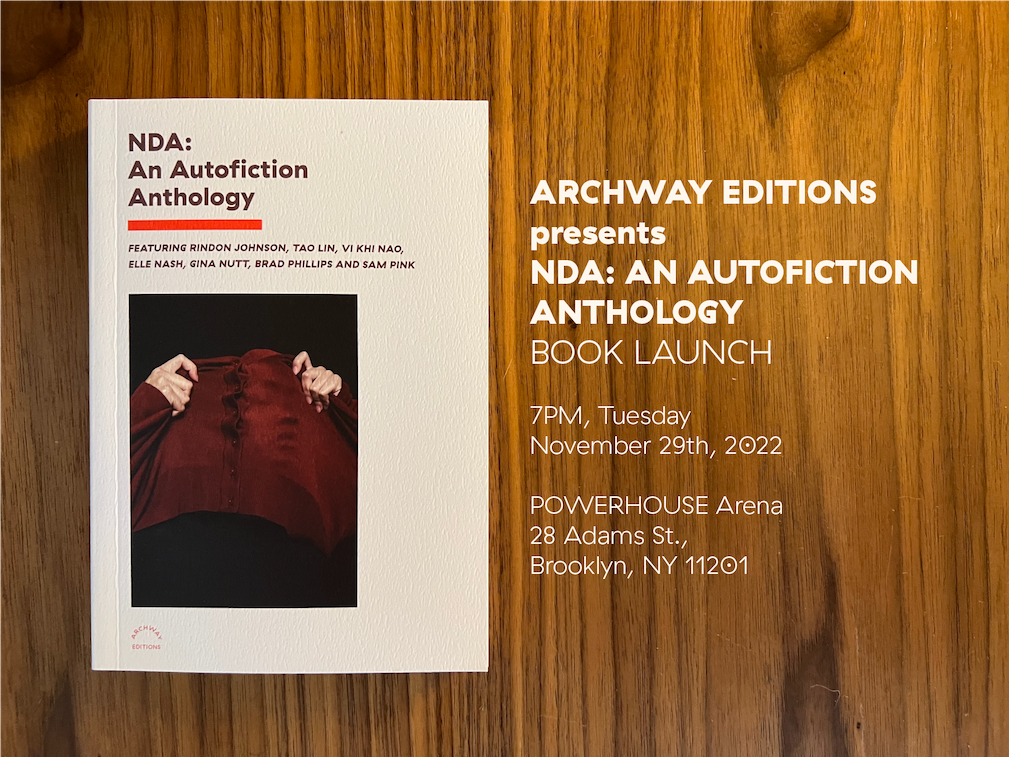 NDA: An Autoficton Anthology is an exciting new anthology of autofiction edited by Caitlin Forst featuring a wide range of today’s best writers, both established and up-and-coming.

This event will feature writers from the anthology including David Fishkind, Rindon Johnson, Darina Sikmashvilli and Aristilde Kirby, along with music, refreshments and more special guests to be announced.