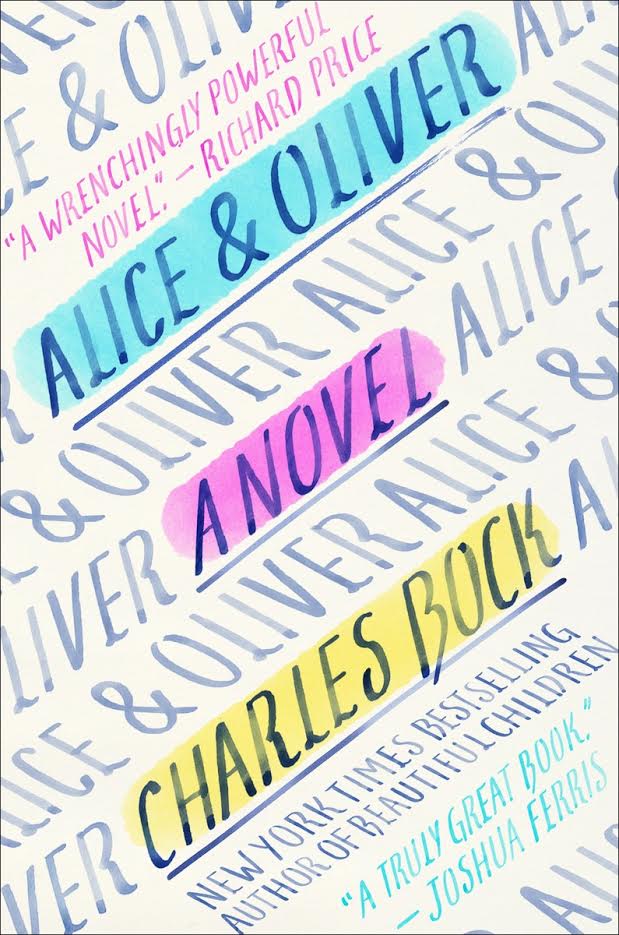 Celebrate the paperback release of ALICE & OLIVER with a panel discussion on creating art out of traumatic realities and suffering, and how to manage work as an artist within the current political moment. The Panel will include Charles Bock, A.M. Homes, Rivka Galchen, Rick Moody, and Sheri Fink, moderated by Charles Bock’s editor Andrea Walker.

A deeply affecting novel, inspired from events in the author’s life, is a compassionate, wise, and humorous account of the tragedy of illness, and a reminder of the powerful medium of books as a way for sharing these important stories.

“This hauntingly powerful novel follows a family’s fight for survival in the face of illness. A stirring elegy to a marriage.”

“[A] heart-wrenching story of a young couple whose lives change when Alice gets diagnosed with cancer . . . a refreshingly unsentimental look at the vicious disease.”

“A scorchingly honest description of cancer’s indignities and of the toll they take on human relationships; it is, equally, an unparalleled narrative description of intimacy.”

“I was amazed that such a heartbreaking narrative could also affirm, on every page, why we love this frustrating world and why we hold on to it for as long as we can. Alice Culvert is a character of such fight and such spirit, such thrumming aliveness, that she takes on an epic dimension. Charles Bock has stared down life’s most difficult questions to write a truly revelatory, truly great book.”

“Alice & Oliver shows that, even in a situation that’s about as terrible as it can be, there can still exist happiness, surprise, and life, that strange strong spirit that’s with us until the end.”

Award-winning and New York Times bestselling author Charles Bock earned vast critical acclaim for his debut novel, Beautiful Children. Now, in ALICE & OLIVER, he has created an unflinching yet deeply humane portrait of a young family’s journey through a medical crisis, laying bare a couple’s love and fears as they fight for everything that’s important to them.

New York, 1993. Alice Culvert is a caring wife, a doting new mother, a loyal friend, and a soulful artist—a fashion designer who wears a baby carrier and haute couture with equal aplomb. In their loft in Manhattan’s gritty Meatpacking District, Alice and her husband, Oliver, are raising their infant daughter, Doe, delighting in the wonders of early parenthood.

Their life together feels so vital and full of promise, which makes Alice’s sudden cancer diagnosis especially staggering. Though they do their best to remain brave, each faces enormous pressure: Oliver tries to navigate a labyrinthine healthcare system and handle their mounting medical bills; Alice tries to be hopeful as her body turns against her. Bracing themselves for the unthinkable, they must confront the new realities of their marriage, their strengths as partners and flaws as people, and what it means to truly care for another person.

Inspired by the author’s life, Alice & Oliver is a deeply affecting novel written with stunning reserves of compassion, humor, and wisdom.

CHARLES BOCK is the author of the novel Beautiful Children, which was a New York Times bestseller and notable book of the year, and won the Sue Kaufmann Prize for best first novel from the American Academy of Arts and Letters. His fiction and non-fiction has appeared in Harper’s, the New York Times, Los Angeles Times, and Slate, as well as in numerous anthologies. His lives with his wife, Leslie Jamison and his daughter in New York City.