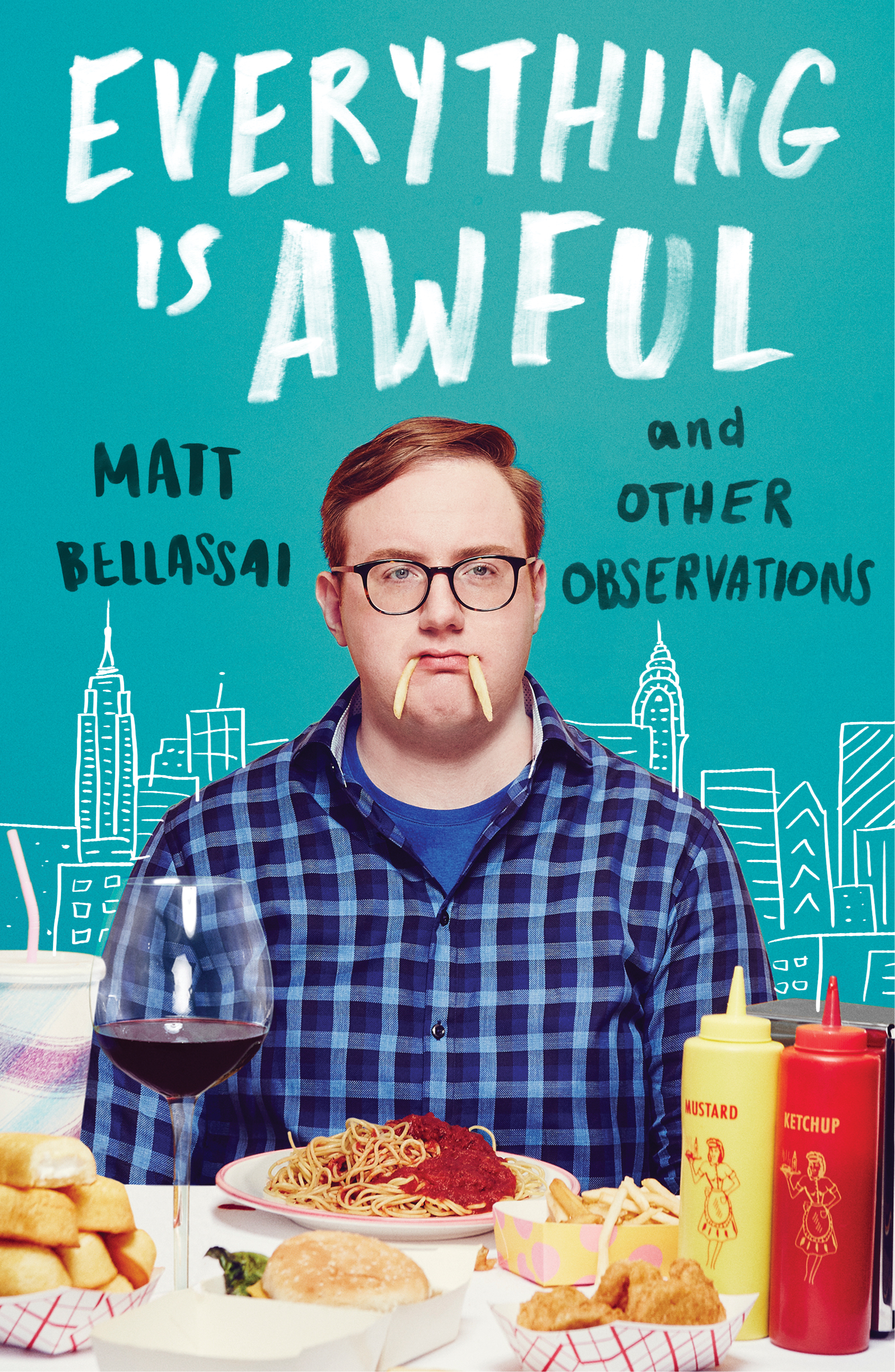 PLEASE NOTE: This is a TICKETED OFFSITE event — we will not be hosting Matt Bellassai at our bookstore but instead will be at THE GREENE SPACE in SOHO. Please click here to purchase tickets.

Matt Bellassai has no idea what he’s doing. Well, to be fair, he did become semi-Internet famous by getting drunk at work, making him a socially-acceptable—nay—professional alcoholic. He’s got some things figured out. But the rest is all just a terrible, disgusting mess.

This is Matt’s book. Just to clarify, though, it is absolutely not a memoir; Matt is far too young to have done anything worth remembering (though he did win an actual People’s Choice Award for his BuzzFeed web series, “Whine About It,” which is pretty good, if you ask his mother). This is also most certainly not a book of advice; he is too woefully ill-prepared for life to offer anything in the way of counsel (though that won’t stop him from talking). Call this a collection of awful moments that led to his grumbling, blundering adulthood—a chronicle of little indignities that, when taken together, amount to a life of hilarious anguish.

With keen wit and plenty of self-deprecation, Matt reveals how hard it is to shed his past as the Midwest’s biggest nerd, that one time a taquito nearly murdered him at his brother’s surprise birthday party, and the time he came out to his friends and family (the closet was a bit messy). Matt also wrestles with the humiliations of adulthood, like giving up on love in New York City, living alone with no one to heat his microwave dinners, and combating the inner voice that tells him to say aloud all the things the rest of us are smart enough to keep to ourselves.

You probably don’t need this book, but let’s be honest—you do. Since you’re already reading, you might as well pull up a chair, grab your glass(es) of wine, and enjoy. Matt Bellassai is a writer, stand-up comedian, and winner of the 2016 People’s Choice Award for Favorite Social Media Star, which remains his only real accomplishment, besides graduating fourth in his class in high school and losing an election for student body president in college. After the success of his BuzzFeed web series, “Whine About It,” Matt embarked on a solo stand-up career, performing to sold-out audiences around the United States and at least one disastrous not-sold-out audience at a casino in Palm Springs, California. He is the host and producer of his new solo web series, “To Be Honest,” and anchor of the forthcoming podcast, “Unhappy Hour.” Born and coddled in the suburbs of Chicago, he currently lives the poor gay man’s version of Sex and the City, with none of the sex, fashion, or friends. He will almost definitely die alone.