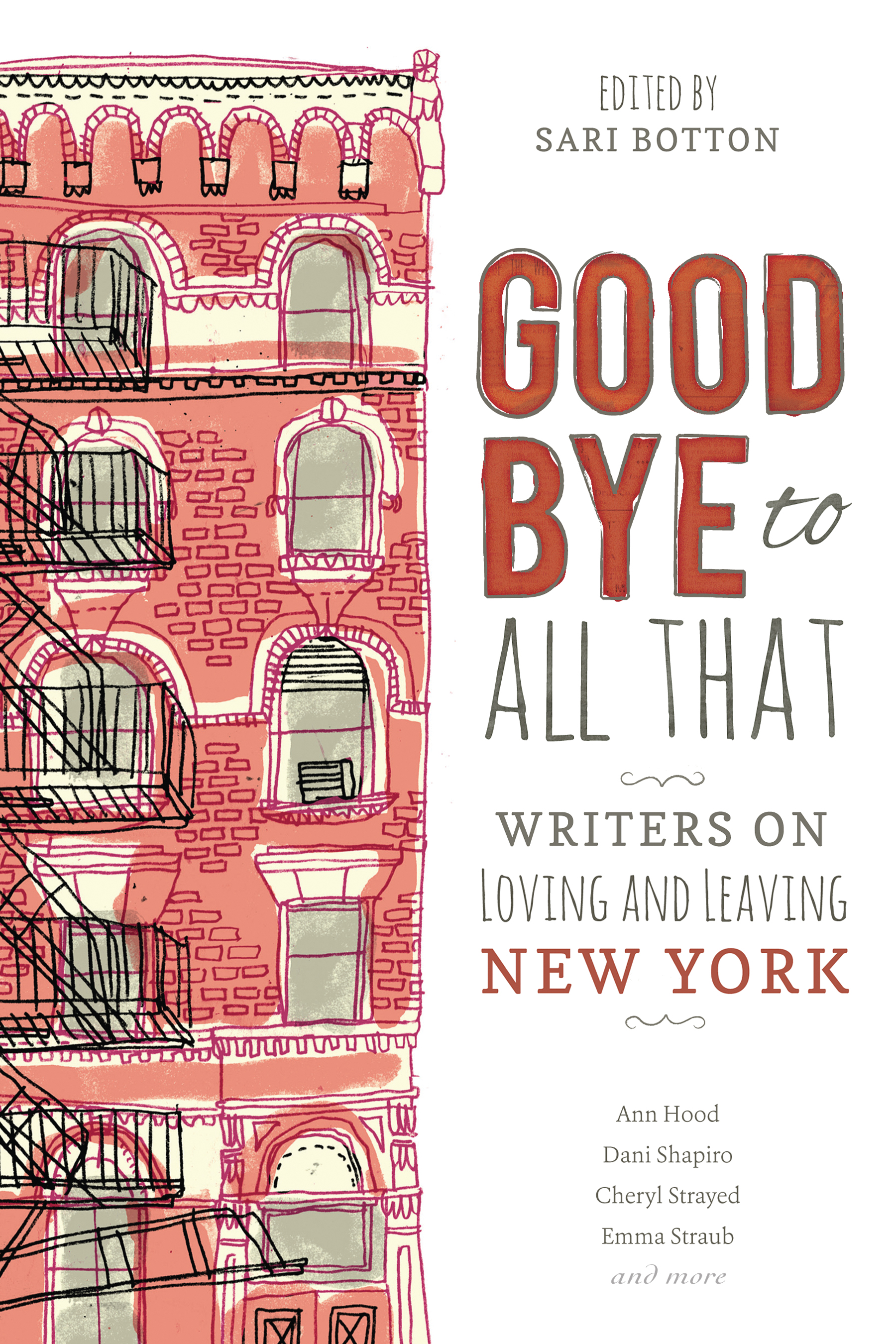 About GOODBYE TO ALL THAT:

In 1967, Joan Didion wrote an essay called “Goodbye to All That,” a work of such candid and penetrating prose that it soon became the gold standard for personal essays. Like no other story before it, Didion’s tale of loving and leaving New York captured the mesmerizing allure Manhattan has always had for writers, poets, and wandering spirits.

In Goodbye to All That: Writers on Loving and Leaving New York , edited by Sari Botton, 28 women writers take up Didion’s literary legacy by sharing their own stories about New York.

With stellar contributions from some of today’s most beloved female authors of memoir and literary fiction—Cheryl Strayed, Dani Shapiro, Emma Straub, Emily Gould, Emily St. John Mandel, Hope Edelman, and more—Goodbye to All That tells the stories of their own love/hate relationships with New York, as well as the city’s gravitational pull on them—even at the worst of times.

These striking essays often begin as love stories do, with the passion of something newly discovered—the crush of the subway crowds, streets filled with manic energy, and the sudden, unblinking certainty that this is the only place on Earth where one can become exactly who she is meant to be. They also share the grief that comes like a gut-punch, when the great Eastern metropolis loses its magic and the pressures of New York’s frenetic life wear thin on even the most fervent dwellers. As friends move away, rents soar, and love—still—remains just out of reach, each writer’s goodbye to New York is both singular and universal, like New York itself. Sari Botton is a writer and editor whose work has appeared in the New York Times, New York Magazine, The Sun, The Village Voice, Harper’s Bazaar, More, Marie Claire, WWD, W, The Rumpus, Memoirville, This Recording, xoJane.com, assorted anthologies, and other publications. She studied English and journalism at SUNY Albany, where years later she was an adjunct professor of undergraduate journalism. She also taught first-person essay writing at SUNY Ulster.

Sari is the editorial director of the TMI Project, a non-profit organization that holds true storytelling workshops in jails, shelters, veterans’ hospitals, schools, and other places where people don’t usually get to tell their stories or be heard.