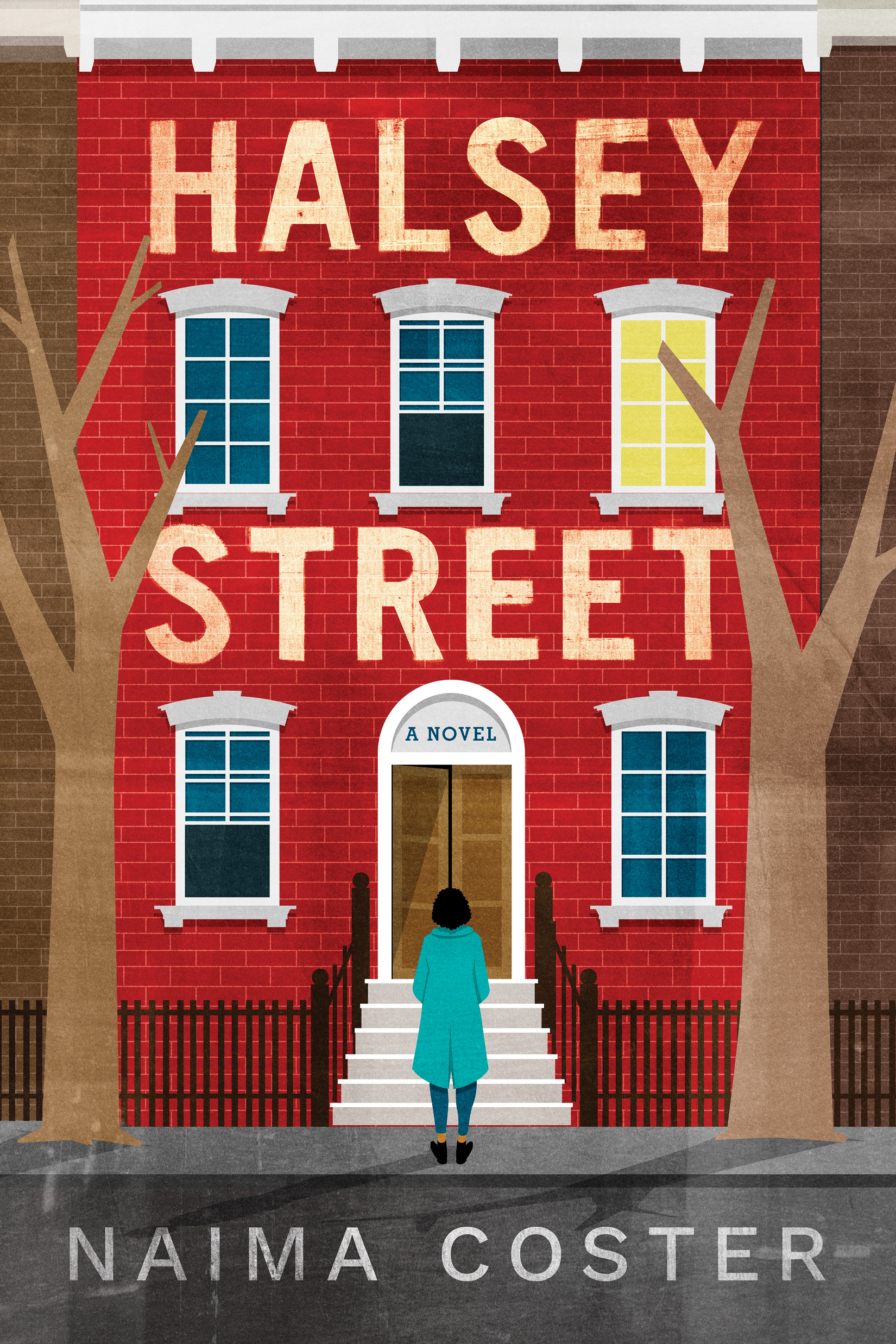 In HALSEY STREET: A Novel, Naima Coster tells a powerfully moving story of an estranged mother and daughter trying to find their way back to each other in a world changed. As the Brooklyn neighborhood they once shared is razed and remade, memory is the only path to common ground. From attics of rebuilt brownstones to the corner bar, this “quiet gut-punch of a debut” (Kirkus Reviews) crosses cultures, races and classes to illuminate evolving generations, rendering place itself an essential character in a novel teeming with human emotion.

Penelope Grand left Brooklyn five years prior to pursue work as an artist in Pittsburgh, but when her ailing father falls down a flight of stairs, she returns to the streets of her youth to keep an eye on him. The old neighborhood now glistens with gentrification: her father’s record store replaced by a health food store; the brownstones populated with young, white families still living in some fear of the area; her past nearly unrecognizable. Even her mother, Mirella, has fled to reclaim her roots in the Dominican Republic. As she begins to cobble together a new life, Penelope finds herself forced to contend with the past — her troubled upbringing, her latent anger, her desire to belong and her severed relationship with her mother. As old wounds are reopened, and secrets revealed, a journey across an ocean of sacrifice and self-discovery begins. Like Penelope, Naima Coster grew up in Brooklyn and as the years passed, she found her home no longer familiar. She wrote about the gentrification of Fort Greene for the New York Times in 2011 with heart-catching clarity and precision, and in ways this wise and probing meditation informed the basis for HALSEY STREET.

Naima Coster is a native of Fort Greene, Brooklyn. She holds an MFA in fiction from Columbia University, an MA in English and creative writing from Fordham University, and a BA in English and African American studies from Yale. The recipient of numerous awards, her stories and essays have appeared in the New York Times, Guernica, Arts & Letters, Kweli, and the Rumpus. A former editor of CURA and a former mentor of Girls Write Now, Coster is also a proud alumna of Prep for Prep, the leadership development program in New York City aiding high-potential minority students in public, charter, and parochial schools. She currently teaches writing at Wake Forest University in North Carolina, where she lives with her family. Halsey Street is her first novel.