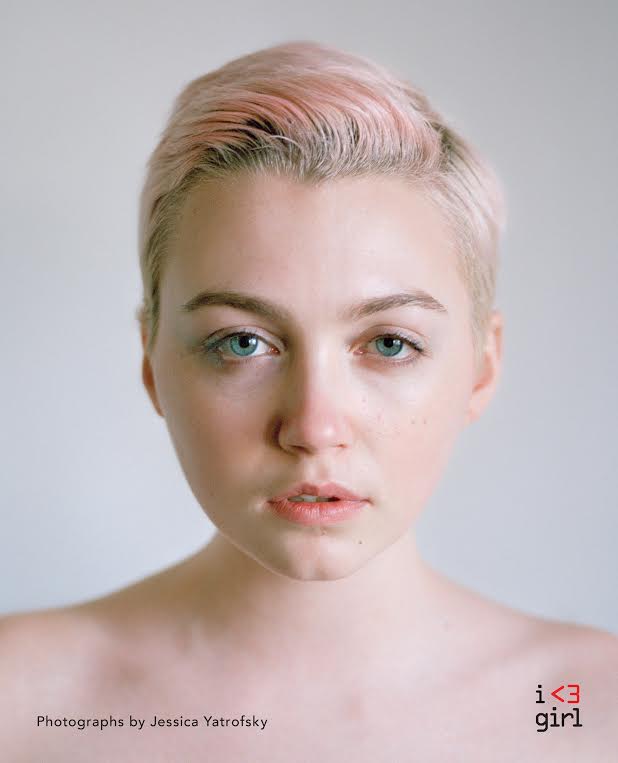 Yatrofsky’s diverse photographs present a candid yet tender reminder that femininity is not singular.

The subjects of I Heart Girl do not exhibit the expected stereotypes of women in mass media today. Instead, each face and each body is presented by Jessica Yatrofsky through study and repetition, examining femininity with irreverence and countering the widely accepted female image of past generations.

Purposefully capturing young subjects with varying degrees of “masculine” and “feminine” traits, Yatrofsky further ignores the clichés of conventional gender identifiers. In her series I Heart Girl, hyper-sexualized extremes of female archetypes do not exist, instead we are given a new picture of what contemporary female culture looks like.

The photographs depict young women — nude, clothed, hard-featured, delicate, both alone and in pairs. Some subjects are adorned by tattoos, symbolic of their placement in history, others with hints of counter-culture peeking through extra pierced holes and candy-colored wisps of hair. The poses are earnest and the light is revelatory. This unique curation of the female image allows us to view features once perceived as diametrically opposed; the subjects becoming representative of a facet in the current cultural landscape. It is a landscape whose breadth has extended and evolved further than ever before, but still one that is often at odds with itself.

Ordinary and exotic are the extremes, and Yatrofsky allows them all to exist within the confines of her photographs. Collectively, the narrative is an invitation to re-examine what we know of femininity. I Heart Girl embraces the complexity of gender identification and it’s latest collective shifts. 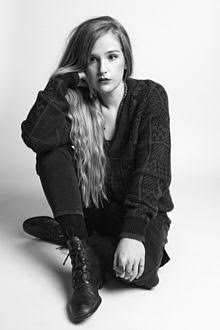 Jessica Yatrofsky’s first photography monograph, “I Heart Boy” was published in 2010 by powerHouse Books. Yatrofsky wrote and directed her first film, SUN IN MY MOUTH, in 2010 which premiered at the Northside Festival in Brooklyn, New York. Her work has been exhibited in New York City, Las Vegas, Ghent and Copenhagen, including a live performance at Daniel Cooney Fine Art that was featured in New York Press. She has contributed to publications such as East Village Boys, Brooklyn Magazine and The New York Times Style Magazine. She has also been featured in ELLE Magazine, The New York Press, Ados Puntos, Brooklyn Magazine, The L Magazine, OUT Magazine, Trysatate Magazine, I.T. Post Magazine, Attitude Magazine and Next Magazine.