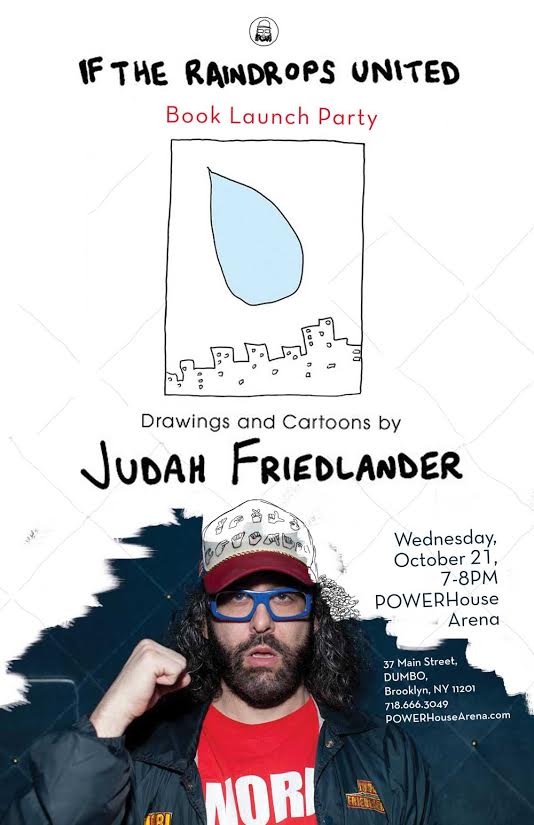 If the Raindrops United is a collection of hilarious and surprisingly profound drawings that show a new side to this acclaimed comedian’s zany and praised comedy.

About If Raindrops United:

“Judah has drawn a weird and funny book in the grand ‘70’s tradition of B. Kliban! I think this book will probably fix the world.”—Tina Fey

You know Judah Friedlander from his role as Frank Rossitano on 30 Rock and from critically acclaimed roles in films like American Splendor, The Wrestler, and even Sharknado 2. But long before he became a celebrity and stand-up comic, Friedlander drew stuff. If the Raindrops United is a collection of hilarious and surprisingly profound drawings that show a new side to comedian Judah Friedlander’s critically praised comedy and marks a milestone in the career of one of America’s most inventive comedians.

Judah Friedlander has been hailed by Tina Fey as “one of the all-time great weirdos.” His drawings and cartoons push boundaries, exploring absurdities of American life, sex, and even history and human rights. Whether imagining George Washington in Las Vegas, plastic surgery for imperfect triangles, or the Keystone Pipeline as a sex act, Friedlander’s riotous drawings in If the Raindrops United are simultaneously laugh-out-loud funny, thought-provoking, and conversation-starting. 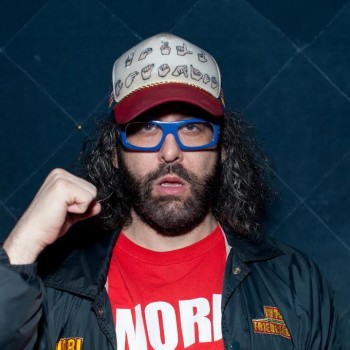 Judah Friedlander was a series regular on NBC’s Emmy Award-winning hit show 30 Rock for seven seasons (SAG Award for Best Ensemble). He won international acclaim for his portrayal of Toby Radloff in the award-winning movie American Splendor. He is the author of the bestselling instructional karate book How To Beat Up Anybody, featuring his photography and artwork. Friedlander is featured in Netflix’s just-released Wet Hot American Summer: First Day of Camp, and his upcoming projects include a new comedy album and a stand-up documentary concert film. He will be a series regular on FOX’s 2016 primetime animated series Bordertown from executive producer Seth MacFarlane.