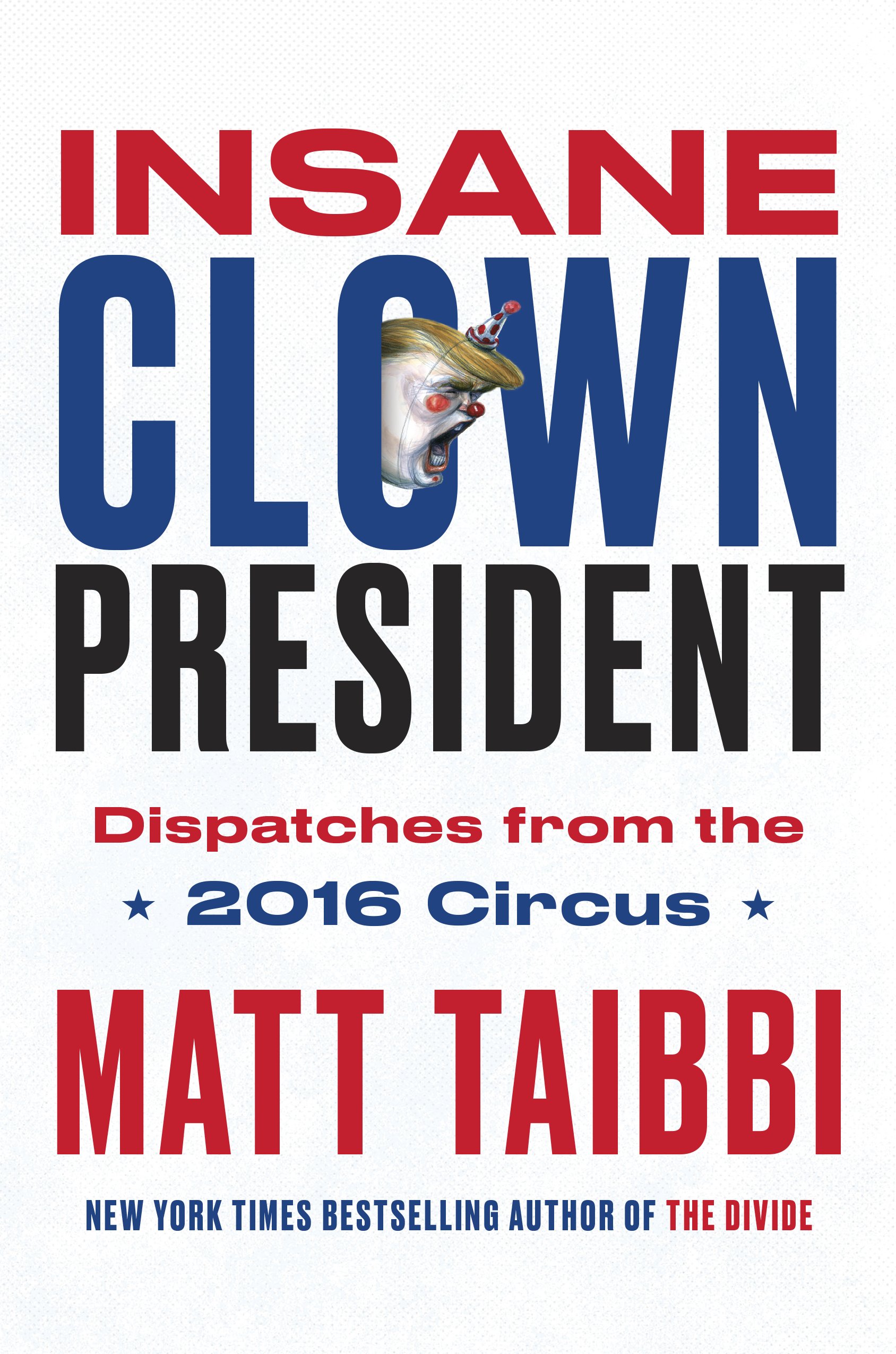 Process all your feelings surrounding a Trump presidency on the eve of the inauguration with one of America’s most essential political journalists. Matt Taibbi will be here reading from his collection of dispatches on the 2016 election—from the ominous clownshow of the 2015 run-up to the primaries to the darkly comic twists and turns of the general campaign to the astonishing, world-shaking finish.

Matt Taibbi frames his campaign reporting with original essays that explore the seismic shift in how we perceive our national institutions, the democratic process, and the future of the country. Not just a postmortem on the collapse and failure of American democracy, INSANE CLOWN PRESIDENT offers a darkly comic, riveting, surreal, unique, and essential experi­ence of seeing the future in hindsight.

Matt Taibbi’s first piece on the 2016 presidential election, published in August 2015, opens with these words: “The thing is, when you actually think about it, it’s not funny. Given what’s at stake, it’s more like the opposite, like the first sign of the collapse of the United States as a global superpower. Twenty years from now, when we’re all living like prehistory hominids and hunting rats with sticks, we’ll probably look back at this moment as the beginning of the end.”

The 2016 presidential contest as told by Taibbi, from its tragicomic beginnings to its apocalyptic conclusion, is in fact the story of Western civilization’s very own train wreck. Years before the clown car of candidates was fully loaded, Taibbi grasped the essential themes of the story: the power of spectacle over substance, or even truth; the absence of a shared reality; the nihilistic rebel­lion of the white working class; the death of the political establishment; and the emergence of a new, explicit form of white nationalism that would destroy what was left of the Kingian dream of a successful pluralistic society.

Taibbi captures, with dead-on, real-time analysis, the failures of the right and the left, from the thwarted Bernie Sanders insurgency to the flawed and aimless Hillary Clinton campaign; the rise of the “dangerously bright” alt-right with its wall-loving identity politics and its rapturous view of the “Racial Holy War” to come; and the giant fail of a flailing, reactive political media that fed a ravenous news cycle not with reporting on political ideology, but with undigested propaganda served straight from the campaign bubble. At the center of it all stands Donald J. Trump, leading a historic revolt against his own party. For Taibbi, the stunning rise of Trump marks the apotheosis of the new postfactual movement.

Matt Taibbi, author of the New York Times bestsellers The Divide, Griftopia, and The Great Derangement, is a contributing editor for Rolling Stone and winner of the 2007 National Magazine Award for Columns and Commentary.