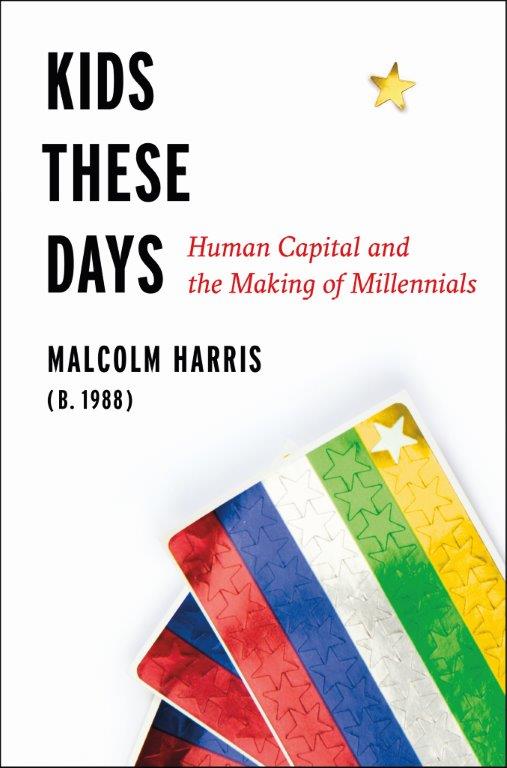 The news cycle today is filled today with stories about millennials. Whether we’re hearing about their work ethic (or lack thereof), resistance to purchasing real estate, favorite color (millennial pink), or food preferences (hint: they love chain restaurants—or is it hate?), our culture has put Generation Y under the microscope.

And yet we’re still not seeing this generation clearly. Millennials are the most productive workers of all time, yet we are obsessed with their laziness and incompetence. More kids are going to college, yet wages are down. Millennials have been called entitled, narcissistic, and immature, even though they have poured unprecedented amounts of time and money into preparing themselves for the twenty-first century workforce. Out of these contradictions, the media has spun the story of the millennial—a portrait that’s right on some of the details, misguided on the rest, and totally wrong on the why.

KIDS THESE DAYS: Human Capital and the Making of Millennials is millennial Malcolm Harris’s groundbreaking investigation into why his generation is poorer, more medicated, and more precariously employed than his parents’ or grandparents’. Through a deeply informed analysis of the major structures and institutions that have influenced the development of young Americans over the past forty years—in parenting, schooling, economics, technology, psychology, sexuality, and more—Harris shows us a generation conditioned from birth to treat their lives and their efforts as human capital to be invested. But what are the consequences of growing up in a world where nearly everything has been reengineered to maximize profit, where the growth of growth requires a person’s abilities, skills, emotions, and even sleep schedule to be in sync with their role in the economy?

No matter what your age, whether you’re a millennial yourself, a parent, an educator, or simply someone who is curious about an often scrutinized generation, KIDS THESE DAYS is an essential read. It takes an honest look at what it means to be young in America, how we got here, and where we’re headed if we don’t change course fast. Malcolm Harris is a freelance writer and an editor at The New Inquiry. His work has appeared in the New Republic, Bookforum, the Village Voice, n+1, and the New York Times Magazine. He lives in Philadelphia.