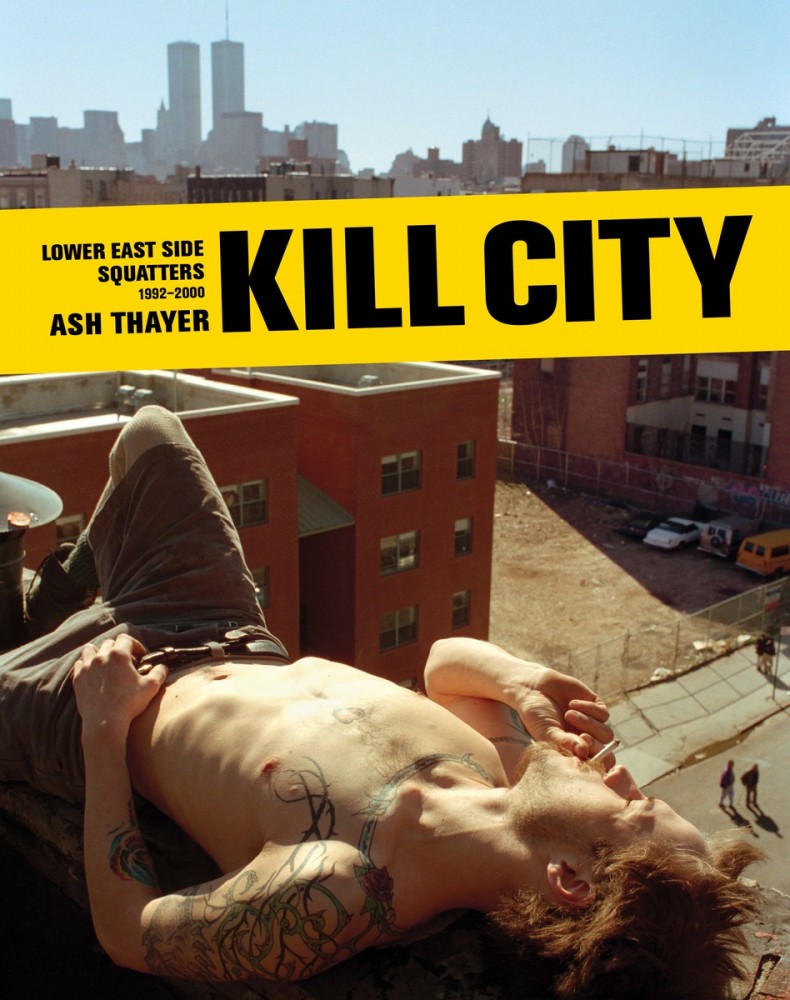 Ash Thayer’s new book chronicles the compelling story of a group of squatters who worked together to develop unorthodox survival methods in the most unenviable circumstances.

“Anyone wondering about the end of bohemia can consult this book, which documents its last incarnation, at least in New York City. Few bohemians can ever have worked as hard as the squatters, who earned their homes and their lives; they were rewarded with forcible and violent eviction. Ash Thayer’s remarkable pictures chronicle a time, only two decades ago, that seems impossibly distant now.”
—Luc Sante, Author of Low Life

After being kicked out of her apartment in Brooklyn in 1992, and unable to afford rent anywhere near her school, young art student Ash Thayer found herself with few options. Luckily she was welcomed as a guest into See Skwat.

New York City in the ‘90s saw the streets of the Lower East Side overun with derelict buildings, junkies huddled in dark corners, and dealers packing guns. People in desperate need of housing, worn down from waiting for years in line on the low-income housing lists, had been moving in and fixing up city-abandoned buildings since the mid-80s in the LES.

Squatters took over entire buildings, but these structures were barely habitable. They were overrun with vermin, lacking plumbing, electricity, and even walls, floors, and a roof. Punks and outcasts joined the squatter movement and tackled an epic rebuilding project to create homes for themselves.

The squatters were forced to be secretive and exclusive as a result of their poor legal standing in the buildings. Few outsiders were welcome and fewer photographers or journalists. Thayer’s camera accompanied her everywhere as she lived at the squats and worked alongside other residents. Ash observed them training each other in these necessary crafts and finding much of their materials in the overflowing bounty that is New York City’s refuse and trash. The trust earned from her subjects was unique and her access intimate. Kill City is a true untold story of New York’s legendary LES squatters.

ASH THAYER is a photographer and multimedia visual artist based in Los Angeles. She received her Bachelor’s of Fine Arts from The School of Visual Arts, and a Masters of Fine Art from Columbia University in New York. Thayer has exhibited her work at venues including The Lawrence Miller Gallery and The Proposition Gallery in New York; the Berlin Art Fair; Kean College in New Jersey; The Museum of the City of New York; and The Chicago Art Institute. Her work is held in several public art collections including the Saatchi Gallery in London, The Chicago Art Institute, and The Museum of the City of New York. She has taught as an adjunct professor at New York University and Columbia University. She studied acting and directing at the Terry Schreiber Studio in New York, and has performed both on stage and in film.