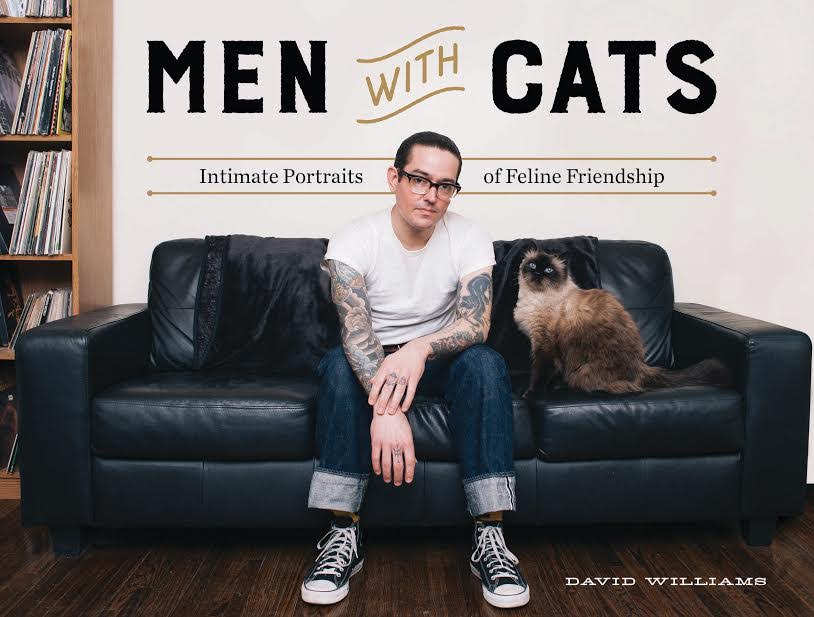 The bond between men and their dogs has been long celebrated. But what about cats? About one third of Americans have a feline friend—and they’re not all cat ladies.

About Men with Cats:

The bond between men and their dogs has been long celebrated. But what about cats? About one third of Americans have a feline friend—and they’re not all cat ladies. Ernest Hemingway, Mark Twain, and Victor Hugo were all unabashed cat lovers, and today’s famed cat-owners include James Franco, Cee Lo Green, and Jesse Eisenberg.

Now photographer David Williams celebrates cat-owning men and their favored felines in Men With Cats. Inspired by his viral photo series, Men With Cats profiles over 75 companion portraits taken in their homes. The owners are varied, from young city-dwellers to bearded bikers, dispelling stereotypes of what a cat and his man would—or should—look like. Each photo is coupled with a quote—vignettes about where the cats were found and how they earned their names. Like a more domestic Humans of New York, the photos and quotes work together, creating unique stories that speak to how pets come into our lives and change them for the better.

With its mix of masterful photography and lovable subjects, Men With Cats will appeal to cat-lovers and photography aficionados alike. It’s the perfect gift for anyone who’s ever had a special bond with their pet, feline or otherwise. 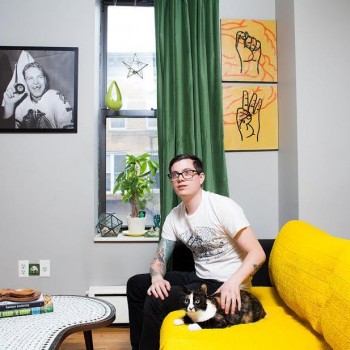 David Williams moved to Brooklyn, New York, shortly after graduating the Art Institute of Colorado. He is a regular contributor to Time Out New York.  Personal projects include bowling culture in the Midwest and documentary photographs taken while assisting scientists in Antarctica. Find him at DavidSWilliamsphtography.com

Joe Crump is an executive at Razorfish, the digital ad agency. For the last year, his pro bono side project has been Koneko, the Japanese cat cafe on Manhattan’s Lower East Side, where he serves as creative director. He has three cats, Lewis, Clark, and Poe.