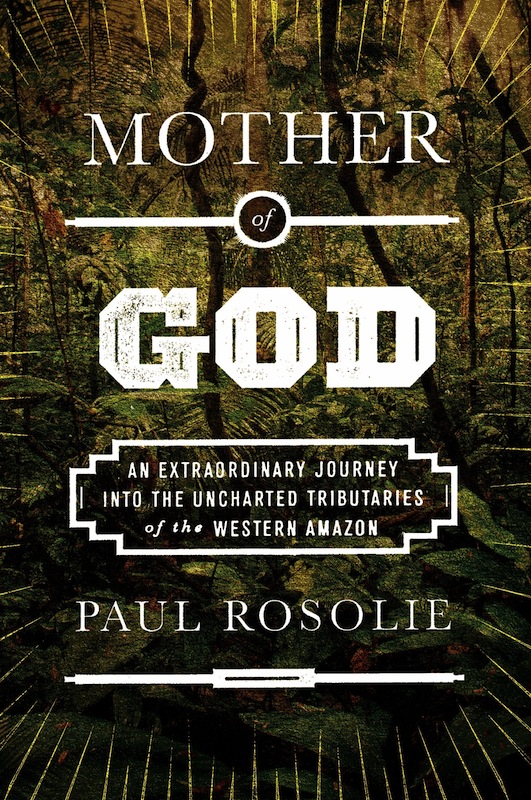 A conservationist relives his adventures through uncharted tributaries of the Western Amazon in this extraordinary memoir. Rosolie will be joined in conversation by his editor Michael Signorelli.

About Mother of God:

Like many young men, Paul Rosolie thought he was born in the wrong century. He had trouble concentrating in school and had difficulty reconciling lessons in algebra to his overriding interest in the natural environment. He was only truly happy outdoors, away from the stifling atmosphere of the classroom, exploring nature and wildlife. Paul came up with a plan for his life and dropped out of high school to travel to the last truly wild place on earth: the Amazon.

After earning his GED and while attending college on a part-time basis, Rosolie managed to secure a spot at the Las Piedras Reserve in Peru where he found his true calling, and became the student of an indigenous family in the modern day Wild West that is the Amazon. In MOTHER OF GOD: An Extraordinary Journey into the Uncharted Tributaries of the Western Amazon, naturalist and explorer Paul Rosolie recounts his amazing adventures in the uncharted tributaries of the Western Amazon. From his solo expedition in the jungle to his solo expeditions in the jungle, to his encounter with an un-contacted tribe, trials with poachers, discovery of a never-before-described “floating forest” ecosystem, and his intimate witness of a jaguar’s death.

In the Madre de Dios region of Peru, the Andean cloud forests mingle with steaming lowland jungle and the Amazon River begins its massive flow. Explorer and conservationist Paul Rosolie ventures alone into the unexplored depths of this region, encountering giant snakes, floating forests, orphaned baby anteaters, and much more. He distills his incredible experiences and shares his greatest adventure, a solo trek into the heart of the Madre de Dios, something that not even Percy Fawcett ever attempted. Rosolie writes with his thrilled heart on the page to express the awe, beauty, and isolation of this endangered land. He puts the Amazon in the reader’s blood and conveys the vital lesson that he may be among the last generation to explore the virginal Madre de Dios, a place that stuns the soul with primordial wonder. For fans of adventures stories like The Lost City of Z and the River of Doubt, MOTHER OF GOD is a thrilling, heartrending celebration of the greatest proliferation of life on Earth, ever.

Paul Rosolie is a naturalist and explorer who runs Tamandua Expeditions which uses tourism to support rainforest conservation. He has worked on conservation projects in tropical ecosystems around the world, including India, Indonesia, Brazil, and Peru. Specializing in the upper Amazon, Rosolie has been featured by conservation news sources for leading volunteers from all over the world into the rainforest to protect biodiversity, as well as for his work with anacondas and indigenous communities. Mother of God is his first book.