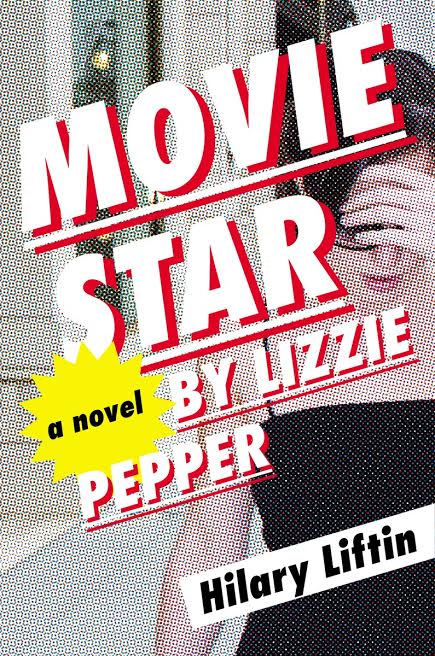 Hilary Liftin is the ghostwriter and co-writer behind numerous celebrity memoirs, nine of which have gone on to become New York Times bestsellers. In Movie Star by Lizzie Pepper,Liftin enters the world of fiction with a smart “memoir” that bares all and reveals the circumstances behind a celebrity marriage gone terribly wrong.

About Movie Star by Lizzie Pepper:

Hilary Liftin is the ghostwriter and co-writer behind numerous celebrity memoirs, nine of which have gone on to become New York Times bestsellers. In Movie Star by Lizzie Pepper, Liftin enters the world of fiction with a smart “memoir” that bares all and reveals the circumstances behind a celebrity marriage gone terribly wrong.

After years of avoiding the spotlight, the paparazzi, and the many rumors that followed after her divorce from A-list actor Rob Mars, Lizzie Pepper is finally ready to tell her side of the story. She’ll expose both the good: the award shows, designer clothes, private island vacations, and of course, the birth of their beloved twin boys; but also the bad: the secrets, lies, locked doors, and power-plays that eventually led to their shocking front-page divorce.

It all starts when Lizzie, a former teen star and America’s Girl Next Door, agrees to meet with Rob, blockbuster actor and People’s Sexiest Bachelor of the Year, to discuss a potential project. She’s pleasantly surprised when their business meeting turns into a date and from there, Lizzie and Rob’s courtship is a whirlwind of romantic gestures, staged outings, expensive gifts, and, ultimately, their million-dollar wedding.
Despite a lack of privacy and the constant threat of paparazzi, life as Hollywood’s “It” couple seems almost perfect. Almost. Lizzie isn’t without her fair share of the troubles that accompany the life of Hollywood’s elite. Rob is constantly jetting off to exotic set locations and Lizzie’s own family and best friend have estranged themselves from her because of disagreements with her life choices. And what secrets hide behind the locked door of Rob’s office, the only room that Lizzie can’t access in their mansion? Most of all, the constant and often invasive presence of One Cell, a repressive mind-body group that Rob is completely devoted to, begins to increasingly unnerve Lizzie.

As Lizzie’s perfect Hollywood life begins to unravel, she stages a high-stakes exit strategy to escape with her twin boys from Rob and One Cell who will stop at nothing to protect the image of their most influential member. For the sake of her boys and her own happiness, Lizzie must give up everything—including her marriage to a man she once truly loved. Hilary Liftin is a collaborator specializing in celebrity memoir. Since 2006 she has worked on fifteen books, ten of which hit the New York Times bestseller list. Hilary has also written three books under her own name. The first, Dear Exile, is letters that she exchanged with her co-author, Kate Montgomery, when Kate was in the Peace Corps in Kenya and Hilary was in New York. It was published by Vintage in 1999 and is still in print. Candy and Me: A Love Story is Hilary’s memoir told through different kinds of candy. Movie Star by Lizzie Pepper is her first novel.

Susan Choi’s first novel, The Foreign Student, won the Asian-American Literary Award for fiction, and her second novel, American Woman, was a finalist for the 2004 Pulitzer Prize. With David Remnick she co-edited the anthology Wonderful Town: New York Stories from The New Yorker.  Her third novel, A Person of Interest, was a finalist for the 2009 PEN/Faulkner Award.  In 2010 she was named the inaugural recipient of the PEN/W.G. Sebald Award.