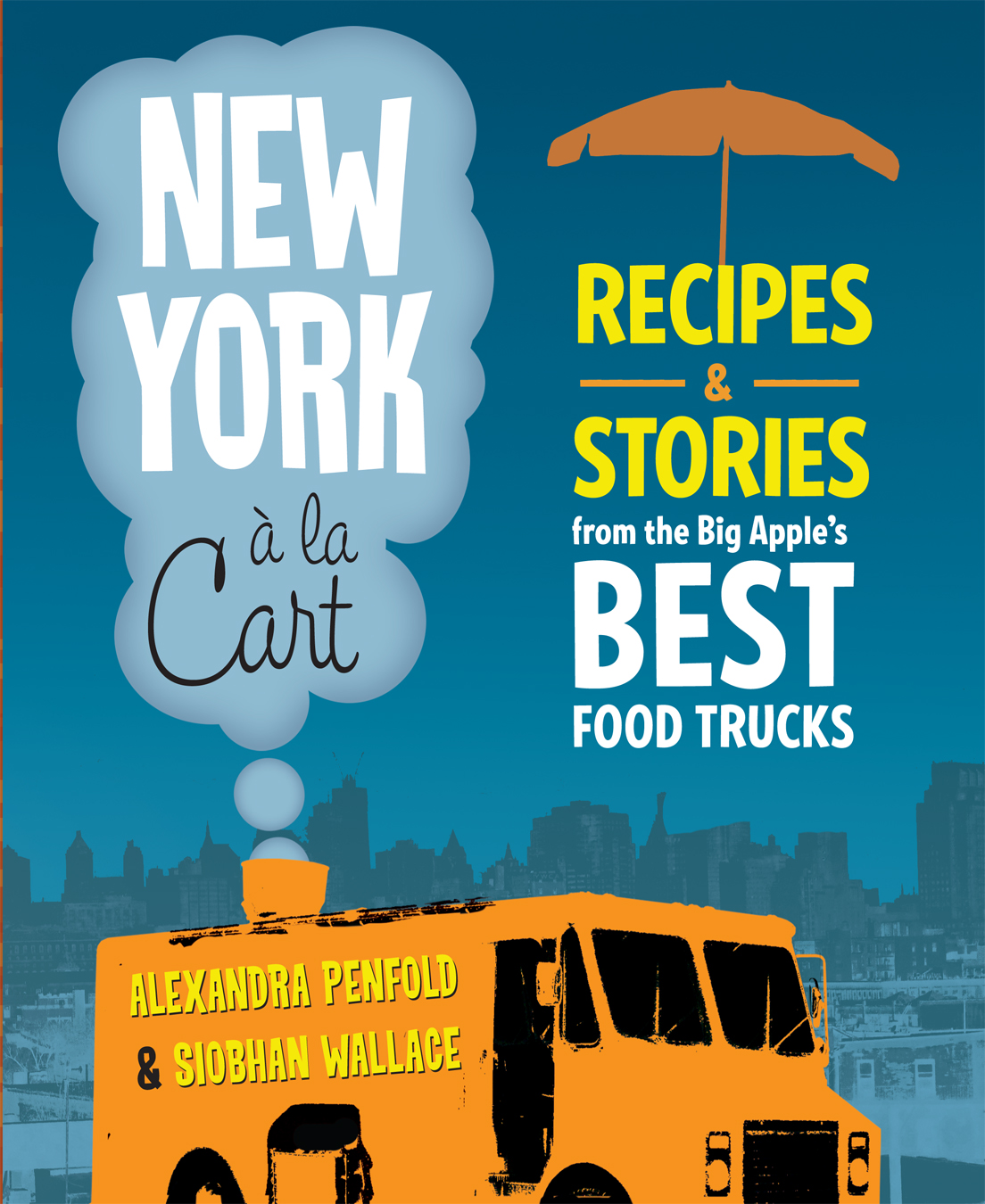 Restaurant devotees might be missing out on NYC’s best eats. The food writers behind Midtown Lunch discuss their pilgrimage to uncover prime bites and prime stories from 46 of the city’s street vendors. The writers will be joined by photographers Clay Williams and Donny Tsang. Special guests will be parked on the curb outside…

About NEW YORK A LA CART:

Tired of wasting their lunch breaks on the same over-priced and under-whelming deli sandwiches day after day, Alexandra Penfold and Siobhan Wallace began experimenting with the inexpensive and exotic food trucks that line the streets of New York City. Fast forward a few years and the girls, known affectionately by close friends and fans as Blondie and Brownie, and co-creators of one of the top ten food blogs in NYC, BlondieandBrownie.com, which has received over 1 million visitors since its launch in 2009, decided on the only next logical step—a compilation of the best food trucks in all of New York City—recipes, stories & all—titled NEW YORK A LA CART.

Vivid color photos capture the personality of each vendor, the local culture surrounding each truck, and of course the delicious food they’re preparing. Divided by neighborhoods, NEW YORK A LA CART is an easy to navigate guide to the best street food that New York has to offer, from trendy artisanal fares to authentic immigrant cuisines that have been bringing a bit of the old country to the new world for more than 200 years. Get to the heart of the Big Apple’s best food trucks and gain access to over 100 recipes, including:

·       Chicken Tika from Biryani Cart in Midtown, the number one favorite of Midtownlunch.com founder Zach Brooks

·       Salty Pimp Sundae from the Big Gay Ice Cream Truck, located all over the city

In addition, foodies are treated to Q&As with top food bloggers, information on where to buy the best ingredients, contact information for every food truck presented, and captivating “only in New York” stories such as the IBM exec who left behind a six figure salary to serve up home-made Belgian waffles and the banquet hall chef who travelled from Bangladesh to 46th Street to follow the American Dream that has been calling so many to the magnificent island of New York City for hundreds of years.

As for the special guests parked outside?

·       Grilled Cheese from The Morris Truck

So whether you’re a carnivore, vegetarian, a kitchen-newbie, or an experienced home cook looking for Jamaican, Italian, Austrian, Taiwanese, Greek, Moroccan or Columbian cuisine—just like the streets of the Big Apple, you can find it all in NEW YORK A LA CART.

About the Authors:
Siobhan Wallace and Alexandra Penfold are co-creators of www.BlondieandBrownie.com, a food blog that is dedicated to New York food. Their stories and photos are regularly picked up by Serious Eats, Eater, and Grub Street. Siobhan and Alexandra also serve as editors for Midtownlunch.com, a website focused on finding the best lunches in NYC for under $10. They have appeared on the Cooking Channel’s Eat Street as food-truck experts. They both live in New York City.