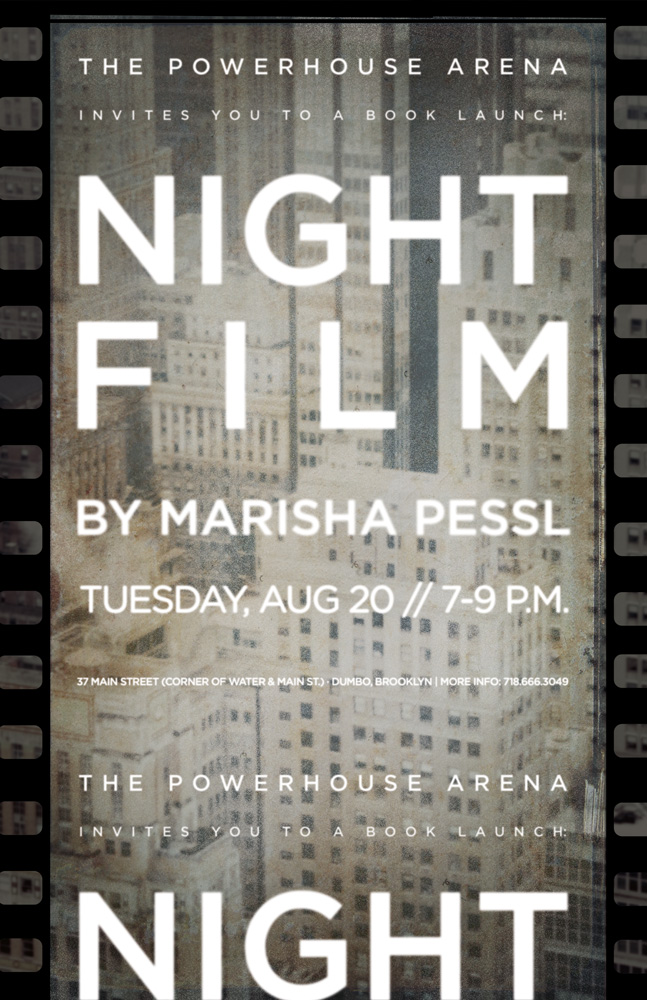 We celebrate the launch of Pessl’s long-awaited follow up to her bestselling, critically acclaimed debut Special Topics in Calamity Physics. Vogue theater critic and The New Yorker contributor Adam Green joins her in conversation.

On a damp October night, beautiful young Ashley Cordova is found dead in an abandoned warehouse in lower Manhattan. Though her death is ruled a suicide, veteran investigative journalist Scott McGrath suspects otherwise. As he probes the strange circumstances surrounding Ashley’s life and death, McGrath comes face-to-face with the legacy of her father: the legendary, reclusive cult-horror-film director Stanislas Cordova—a man who hasn’t been seen in public for more than thirty years.

For McGrath, another death connected to this seemingly cursed family dynasty seems more than just a coincidence. Though much has been written about Cordova’s dark and unsettling films, very little is known about the man himself.

Driven by revenge, curiosity, and a need for the truth, McGrath, with the aid of two strangers, is drawn deeper and deeper into Cordova’s eerie, hypnotic world.

The last time he got close to exposing the director, McGrath lost his marriage and his career. This time he might lose even more.

NIGHT FILM, the gorgeously written, spellbinding new novel by the dazzlingly inventive Marisha Pessl, will hold you in suspense until you turn the final page.

Marisha Pessl grew up in Asheville, North Carolina, and now lives in New York City. Special Topics in Calamity Physics, her debut novel, was a bestseller in both hardcover and paperback. It won the 2006 John Sargent Sr. First Novel Prize (now the Center for Fiction’s Flaherty-Dunnan First Novel Prize), and was selected as one of the 10 Best Books of the Year by The New York Times Book Review.

Adam Green is Vogue’s theater critic and a contributor for The New Yorker. He is currently writing a memoir for Farrar, Straus & Giroux.