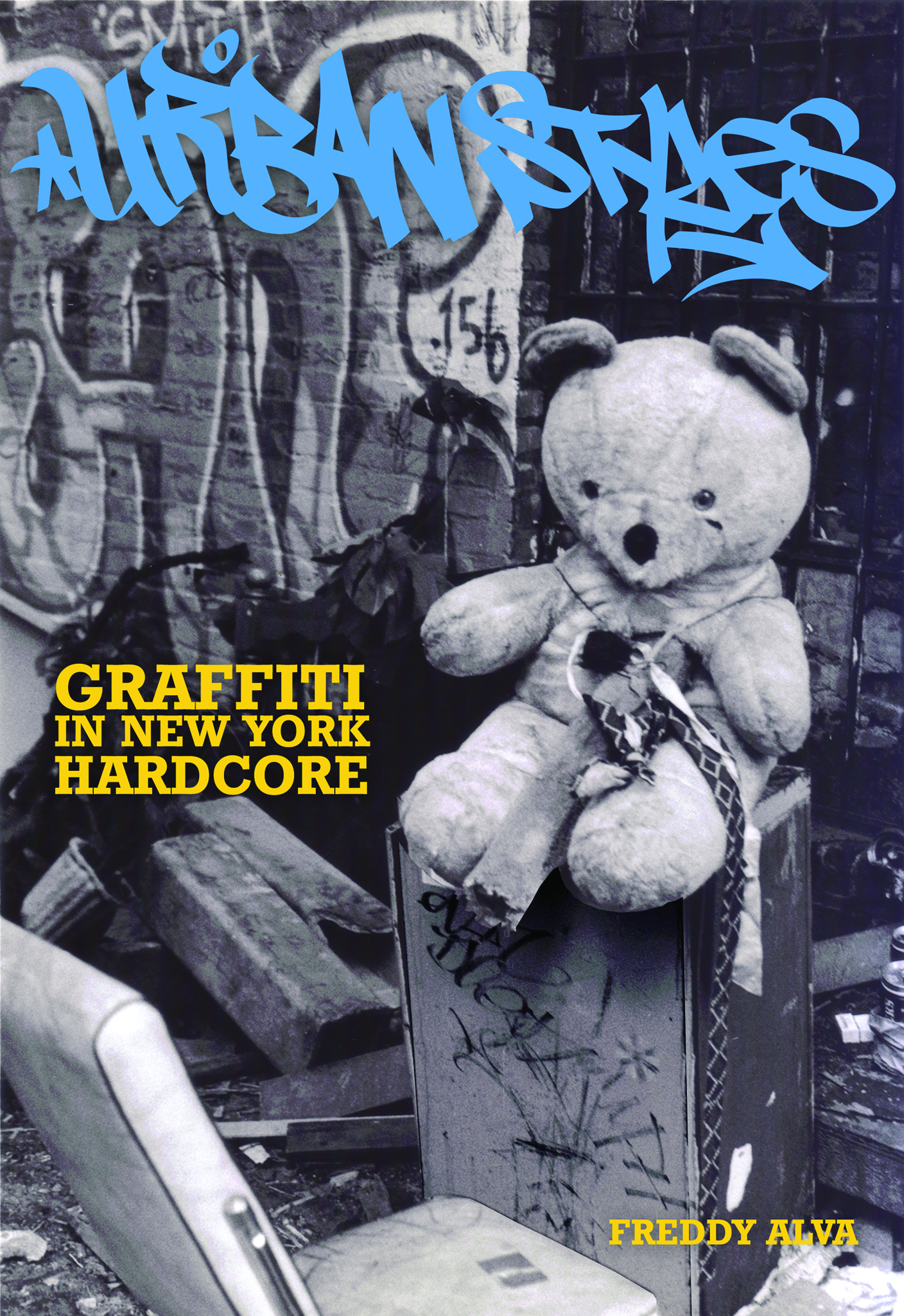 Urban Styles, the debut book from author and documentarian Freddy Alva is a 350 page tribute to some of the most vibrant and gritty street culture New York has ever produced. In his quest to document the merging of Hip-Hop culture and New York Hardcore, Alva delivers a treatise on one of the overlooked aspects of New York’s Hardcore scene of the ‘80s and ‘90s. Through a series of in-depth interviews with graffiti writers, bands, graff crews, and historians, Urban Styles examines both the sociological and artistic impact that an outlaw movement of visual art and visceral music had on a generation of disenfranchised youth. New York was a hotbed for creative assertion, and the post-apocalyptic backdrop of a city in decline was the perfect canvas for the burgeoning graffiti scene that had been influencing punk and hardcore kids the same way Hip-Hop culture was influencing the music of a handful of bands like DMIZE and Absolution.

A series of interviews and firsthand accounts takes the reader on a mostly chronological journey from the train yards and platforms to the hallowed caverns of Sunday afternoon all-ages matinees while over 180 vivid photos, most never seen before, trace the lineage of kids from the Hardcore scene and the influence Hip-Hop and graffiti had on them. Harrowing tales of late night bombing, crew beefs, and the nihilism of Reagan-era paranoia fueled a movement that refused to be limited by racial divides. By the ‘80s Hip-Hop’s influence was spreading out to the world and the hardcore scene in NYC was no different. From show fliers to demo covers, graffiti and hardcore meshed and overlapped freely and the hybrid scene of CBGBs kids in Adidas and fat laces mingled with the mohawk punks and skinheads regularly as the scene expanded its sphere of influence.

Alva sits with some of the most respected writers and musicians of the era; original members of the graff crew D.M.S. tell of the founding of their organization while the elusive and highly celebrated MQ describes his personal influences and inspirations for his art. Bands like Frontline, an early NYHC group that had the distinction of being the first hardcore band comprised of all graff writers, are highlighted alongside NYHC stalwarts like Burn, Absolution, Danny EZEC Diablo, and Murphy’s Law. Well-known crews like SPORTS are represented, while graffiti historian Sacha Jenkins breaks down the history of graffiti art and its impact on a global scale. The exclusive photos detail and document the hardcore scene’s involvement with what was once thought of as the exclusive output of Hip-Hop culture.

Urban Styles, a unique tale of two very similar factions of subculture, is also a study in sociology and youth culture. It is a story about New York City and its boroughs; it is the preservation of a culture and a history many have dedicated their lives to, and it celebrates a time when the city was a wild playground for some of the art form’s greatest visionaries. 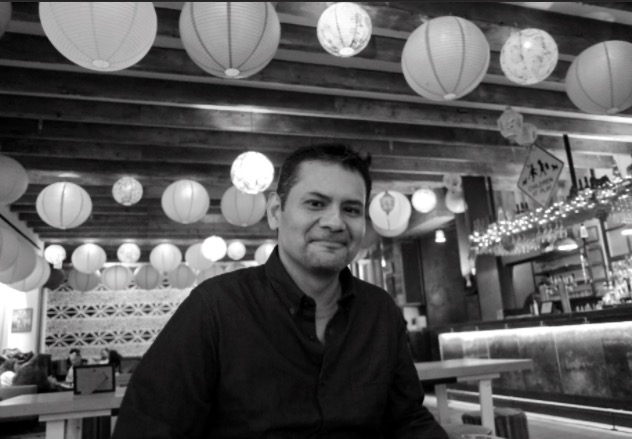 Freddy Alva is a New York-based author who considers himself lucky to have grown up during the early 1980s; a decade that spawned a multitude of subcultures that helped shape him as an artist. Graffiti art and hardcore music, in particular, left a lasting impression on him, and still inform his work to this day. Freddy was very active in the DIY culture of hardcore from the outset; he was a fixture at such venerated venues as CBGB during the heyday of their Sunday matinees. His work in film, music, and outsider art is unending and his dedication to preserving the histories of the subcultures that raised him is what drives his creative force. 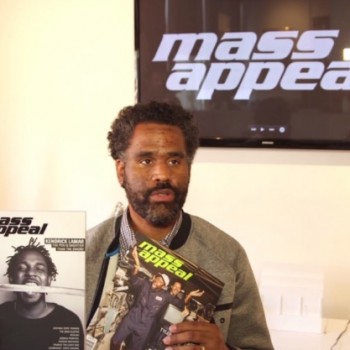 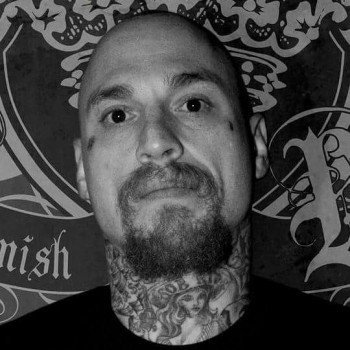 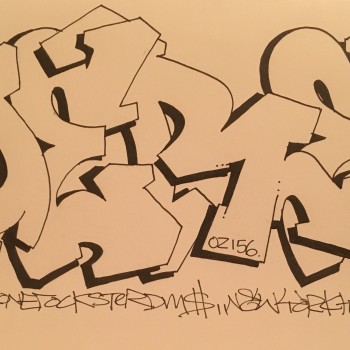 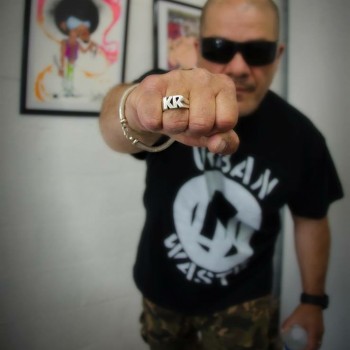 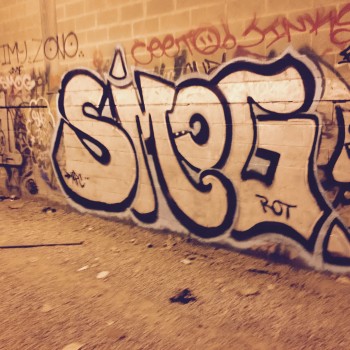 The Q&A panel for the discussion of the book Urban Styles: Graffiti in New York Hardcore, as well as the history of graffiti as an art form and its entwined history with the New York Hardcore scene will be comprised of graff writers and musicians who were at the forefront of both cultures and have a firsthand grasp on its history and proliferation.

Leading the panel will be filmmaker and noted historian Sacha Jenkins. Sacha, who wrote one of the first graffiti fanzines in the ‘80s; Graphic Scenes & X-plicit Language, is a leading historian when it comes to graffiti culture. Among other things, Sacha is a television producer, filmmaker, author, publisher, musician, curator and chronicler of subculture and music. His credits are numerable and include several books he’s authored, publishing the hip-hop magazine Ego Trip, playing in the New York Hardcore band The Wilding Incident, and making the documentary Burn Motherfucker Burn. Sacha, who is featured at length in Urban Styles, will moderate the discussion.

Joining author Freddy Alva on the panel will be graff writer, rapper, and NYHC legend Danny LORD EZEC Diablo. EZEC has long been at the forefront of the NYHC scene, both musically and with his art. Known for leading such NYHC stalwarts as Crown of Thornz, Skarhead, and The Wilding Incident, EZEC is also known for his MC skills as evidenced in The Danny Diablo project. EZEC is a longtime graff writer whose work is featured in Urban Styles along with an in-depth interview.

Also sitting in on the Q&A is DMS (Doc Marten Stomp) crew co-founder JERE. JERE, who has been a graff writer since 1984, was also the original singer for the revered NYHC band Dmize. JERE is currently a multimedia artist and is featured in Urban Styles.

KR.ONE, a noted drummer who has played for outfits such as the legendary Murphy’s Law, he has also drummed for Blitzpeer and Lordz of Brooklyn. KR.ONE began his life as a graff artist in the late ‘70s and has authored the books Don 1- The King from Queens and, most recently; Kolorstorm- The Art of Louie KR.ONE Gasparro.

Rounding out the panel will be graff writer SMOG. SMOG goes back to the earliest days of CBGB hardcore matinees and has been writing since 1986. He is affiliated with the legendary RIS (Rocking It Suckers) graffiti crew and also featured in Urban Styles.