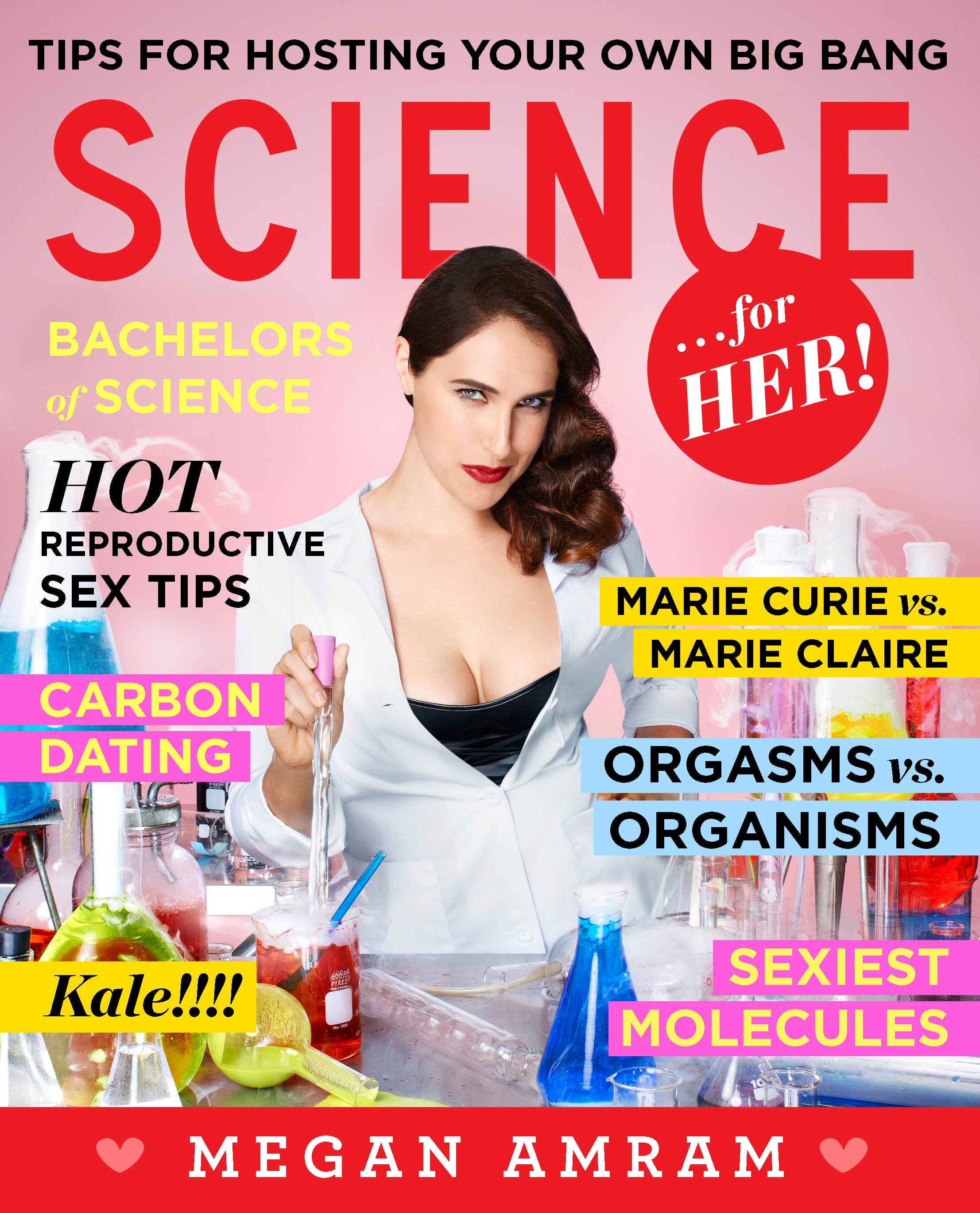 Comedy superstar Megan Amram (Parks and Recreation) celebrates the release of her brilliant, hilarious, satirical science textbook curated in the style of a women’s magazine. John Hodgman joins in conversation.

Megan Amram, one of Forbes’ “30 Under 30 in Hollywood & Entertainment,” Rolling Stone’s “25 Funniest People on Twitter,” and a writer for NBC’s hit show Parks and Recreation, delivers a politically, scientifically, and anatomically incorrect “textbook” that will have women screaming with laughter, and men dying to know what the noise is about.

In the vein of faux expert books by John Hodgman and Amy Sedaris, Science…for Her! is ostensibly a book of science written by a denizen of women’s magazines. Comedy writer and Twitter sensation Megan Amram showcases her fiendish wit with a pitch-perfect attack on everything from those insanely perky tips for self-improvement to our bizarre shopaholic dating culture to the socially mandated pursuit of mind-blowing sex to the cringe-worthy secret codes of food and body issues. Megan Amram is a writer for the NBC comedy Parks and Recreation. Since she graduated from Harvard in 2010, she has amassed nearly 400,000 Twitter followers who enjoy her hilarious brand of off-beat humor. Her writing has appeared in McSweeney’s, Vulture, and The Awl, among others. Her viral video “Birth Control on the Bottom” prompted Jezebel to call her a “national treasure.” She lives in Los Angeles. John Hodgman lives in New York City, where he curates and hosts “The Little Gray Book Lectures,” a monthly colloquium of readings, songs, and dubious scholarship. He is a contributing writer at The New York Times Magazine and a frequent voice on public radio’s This American Life.