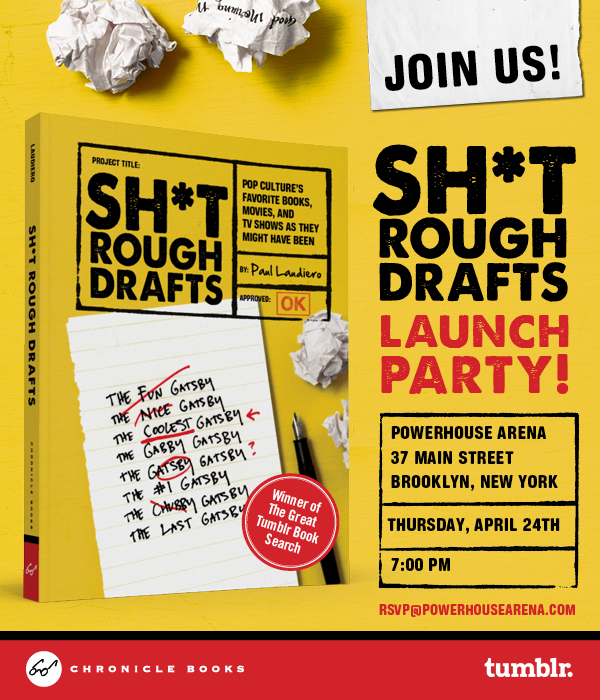 Sh*t Rough Drafts collects imagined misguided early drafts of classic books, screenplays, and contemporary literature, creating visions of alternate works that would exist had the authors not come to their senses. What if F. Scott Fitzgerald had gone with the title The Coolest Gatsby? How would The Hunger Games change if Peeta were armed only with blueberry muffins? If the Man of Steel’s S stood for Sexyman? MacBeth, Moby Dick, Harry Potter, Sense and Sensibility, The Lord of the Rings, and many more are each presented as if they were the actual typed or handwritten pages by the authors themselves, revealing the funny and frightful works they might have been with a little less capable judgment. Paul Laudiero is a writer and comedian. He lives in New York City.

James Folta is a writer, comedian, and carpenter living in Brooklyn. His work has been published in McSweeney’s Internet Tendency, CollegeHumor, Narratively, Esquire, Splitsider and more.  Find out more at www.jamesfolta.com or on Twitter: @JamesFolta.

HOSTED BY TIM MANLEY of Alice in Tumblr-land. He is hilarious and darling and great.