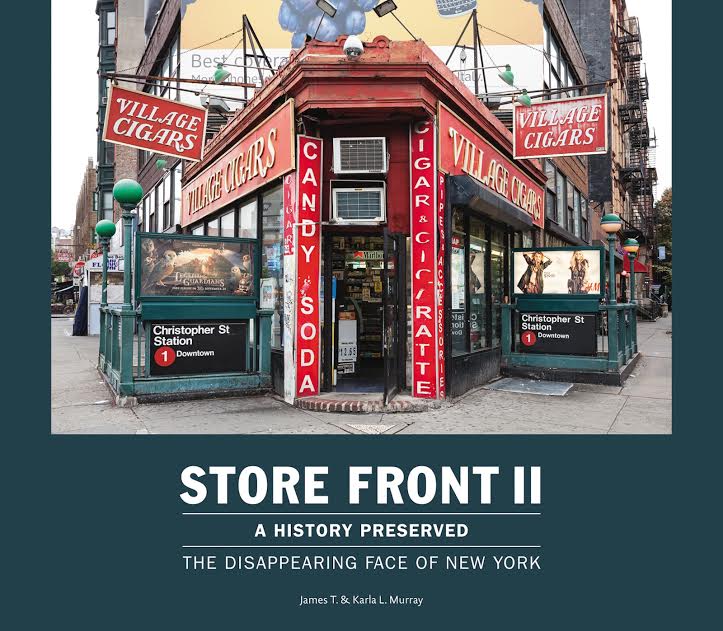 About Store Front II:
James and Karla Murray have been capturing impeccable photographs from the streets of New York City since the 1990s; Store Front II chronicles their continued efforts to document a little-known but vitally important cross-section of New York’s “Mom and Pop” economy. The Murrays’ penetrating photographs are only half the story, though. In the course of their travels throughout the city’s boroughs the Murrays have taken great care to document the stories behind the scenery. Their copious background texts, gleaned largely from interviews with the stores’ owners and employees, bring wonderful color and nuance to the importance of these unique one-off establishments. The Murrays have rendered the out of the way bodegas, candy shops and record stores just as faithfully as the historically important institutions and well known restaurants, bars and cafes. From the Stonewall Inn to the Brownsville Bike Shop and The Pink Pussycat to Smith and Wolensky, the Murrays reveal how New York’s long-standing mom & pop businesses stand in sharp contrast to the city’s rapidly evolving corporate facade.

The authors’ landmark 2008 book, Store Front, was recently cited in Bookforum’s 20th Anniversary issue as having “…demonstrated the paradoxical power of digital photo editing to alter actual views in order for us to see more clearly what is really there.” James and Karla Murray live in New York City and were awarded the New York Society Library’s prestigious New York City book award in 2012 for their last book, New York Nights. 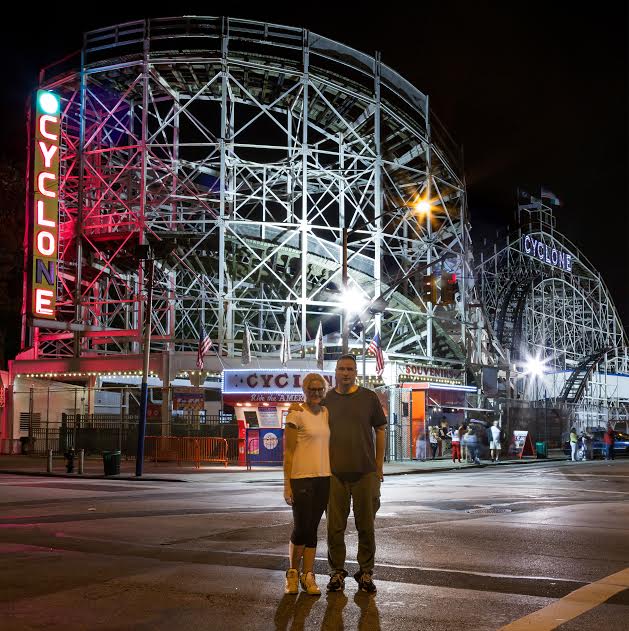 James and Karla Murray are New York based professional photographers and authors. Their critically acclaimed books Store Front: The Disappearing Face of New York and New York Nights as well as their graffiti publication Broken Windows have set the standard for urban documentation. The authors’ landmark 2008 book, Store Front, was cited in Bookforum’s 20th Anniversary issue Dec/Jan 2015 as one of the “Exemplary Art Books From The Past Two Decades” and heralded as “One of the periods most successful New York books.” New York Nights was the winner of the prestigious New York Society Library’s 2012 New York City Book Award. James and Karla Murray’s work has been exhibited widely in major institutions and galleries, including solo exhibitions at the Brooklyn Historical Society, Clic Gallery in New York City, and Fotogalerie Im Blauen Haus in Munich, Germany and group shows at the New-York Historical Society. Their photographs are included in the permanent collections of major institutions, including the Smithsonian Center for Folklife and Cultural Heritage, the New York Public Library, and NYU Langone Medical Center. Their photography has appeared in the New York Times, New York Post, Daily News, New York Magazine and The New Yorker. James and Karla were awarded the 2015 Regina Kellerman Award by the Greenwich Village Society for Historic Preservation (GVSHP) in recognition of their significant contribution to the quality of life in Greenwich Village, the East Village, and NoHo.They are represented by Clic Gallery in New York City. James and Karla live in Manhattan with their dog Hudson. Their work can be viewed at: www.jamesandkarlamurray.com