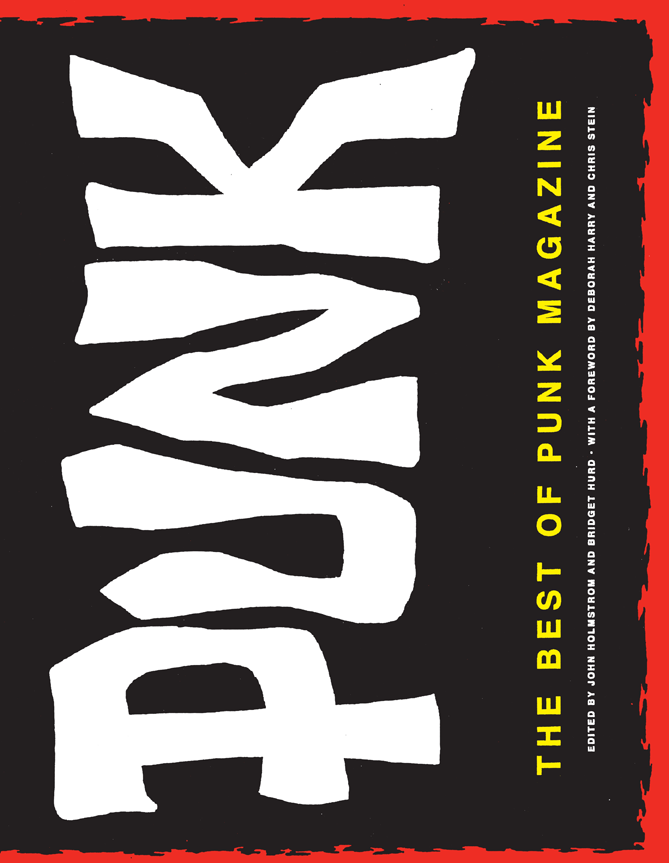 About The Best of Punk Magazine:

In the tradition of Please Kill Me, THE BEST OF PUNK MAGAZINE is a raucous, star-studded, anarchic look at a magazine that defined an era: Punk magazine—lovingly collected with behind-the-scenes stories from founding editor John Holmstrom.

Launched in 1976, Punk magazine announced an exploding youth movement, a new direction in American counterculture. Punk was to magazines what the stage at CBGB was to music: the gritty, live-wired, throbbing center of the punk universe. Despite its low-rent origins, the magazine was an overnight success in the underground music scene, selling out every print run across the US and the UK. Every musician who appeared on the cover of Punk became an icon of the era. But Punk not only championed music, it became a launching pad for writers, artists, cartoonists, and photographers. And the wacky, sardonic, slapstick vibe of the magazine resonated with an international army of music fanatics who were ready to burn their bell bottoms and stage-dive into the punk universe.

THE BEST OF PUNK MAGAZINE—which includes one previously unseen “lost issue”—collects the best of these pages into the ultimate, must-have anthology, including:

John Holmstrom is a cartoonist and writer and co-founder (with Legs McNeil) of Punk magazine. He illustrated the covers of the Ramones albums “Rocket to Russia” and “Road to Ruin,” and created the characters Bosko and Joe, which were published in Scholastic’s Bananas magazine from 1975-1984, as well as in Stop! Magazine, Comical Funnies, Twist, and High Times. Holmstrom’s work and unmistakable artistic style has become the key visual representation of the Punk era.