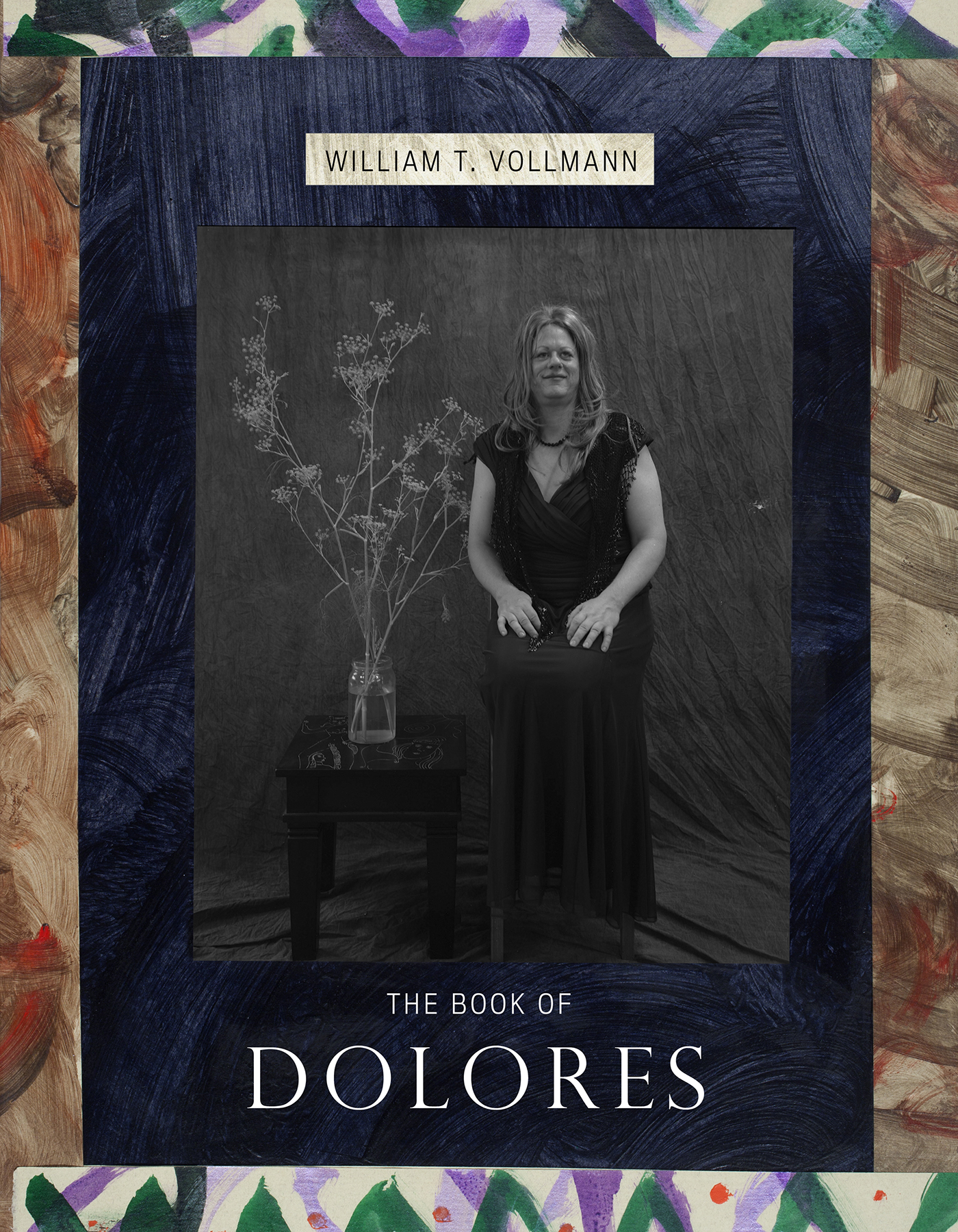 The National Book Award-winner portrays his female alter ego in a series of photographs, block prints, watercolor drawings, and essays.

About THE BOOK OF DOLORES:

William T. Vollmann has traveled to Soviet-occupied Afghanistan with Islamic commandos, shivered out a solitary stretch at the North Magnetic Pole in winter, hopped freight trains, studied the stately ancient beauties of Japanese Noh theater, and made friends with street prostitutes all over the world—all in the interest of learning a little more about life. Now in his mid-fifties, Vollmann sets out on what may well be impossible for a heterosexual genetic male: to envision himself as a woman. With a startling array of photographs created using vintage and modern printing techniques by the author’s own hand (including the seductively difficult gum bichromate method), he portrays his alter ego, Dolores—sometimes with whimsicality, and sometimes with cruelty—for Dolores would like to be attractive, or at least to “pass,” but the aging male body in which she remains confined requires lowered expectations. Meanwhile, block prints and watercolor drawings, composed with the artist’s glasses off, show Dolores as she imagines herself to be. The Book of Dolores brings the genre of self-portraits to a new level of vulnerability, bravery, and revelatory introspection, by way of remarkable nineteenth, twentieth, and twenty-first-century photographic printing techniques and imaginative free-hand manifestations. Each section of the book is accompanied by an essay by the author on motives and techniques.

William T. Vollmann was born in California in 1959. He has worked as a journalist for BBC Radio, The New Yorker, Spin, Granta, The Los Angeles Times, and other venues. He is the author of a number of various works of fiction and nonfiction, including Europe Central (Viking, 2005), which won the National Book Award, Poor People (Ecco Press, 2007), which won the French Prix du Meilleur livre étranger in the essay category, and the seven-volume essay on violence Rising Up and Rising Down (McSweeney’s, 2003). He is especially proud of having been (as he found from reading his FBI file) both a Unabomber suspect and an anthrax suspect. Although many of Vollmann’s books and articles contain his photographs and drawings, the first work exclusively devoted to his photography was Imperial, which powerHouse published in 2008 (while Viking brought out an accompanying text volume of the same name).