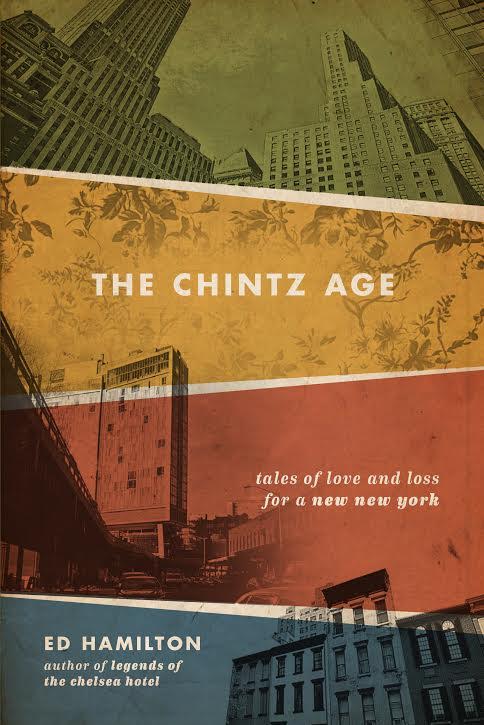 In seven stories and a novella, Hamilton takes on NYC gentrification and the clash of cultures that ensues, as his characters are forced to confront their own obsolescence in the face of a rapidly surging capitalist juggernaut.

About The Chintz Age:

Gentrification has been going on for a long time, maybe for as long as there have been cities. In the past, gentrification was almost an organic phenomenon, with creative/alternative lifestyle types moving into poor neighborhoods for the cheap rent; then, when the creatives had “improved” the neighborhoods to a certain degree, they, in their turn, were replaced by more affluent homeowners. But it was a process that took decades. These days, with government programs designed to benefit developers and real estate speculators whole neighborhoods are changing character in a matter of a year or two. Outside of millionaires, we’re all at risk these days. And it’s not only happening in New York, either; this is a world-wide phenomenon. So, how are these creatives choosing to make their last stand? This is the story told by The Chintz Age.

In seven stories and a novella, Ed Hamilton takes on this clash of cultures between the old and the new, as his characters are forced to confront their own obsolescence in the face of a rapidly surging capitalist juggernaut. Ranging over the whole panorama of New York neighborhoods—from the East Village to Hell’s Kitchen, and from the Bowery to Washington Heights—Hamilton weaves a spellbinding web of urban mythology. Punks, hippies, beatniks, squatters, junkies, derelicts, and anarchists—the entire pantheon of urban demigods— gambol through a grungy subterranean Elysium of dive bars, cheap diners, flophouses, and shooting galleries, searching for meaning and a place to make their stand.

“Greg had started his shop, the aptly named Fat Hippie Books, in the mid-eighties on a burned-out block of New York’s East Village. The shop was around the corner from the famous punk venue CBGB and the former office of the Yipster Times. When he moved in, the store was right across the street from a rubble-strewn lot where junkies shot up. Now, in 2004, there was a brand new condo building there. The neighborhood had gentrified, but the bookstore remained the same: aged tomes spilling off the sagging wooden shelves onto unstable piles rising up from the creaking floor. And when the door popped open with a clatter of bells, plate glass, old boards and rusty hinges, a gust of wind might set the dust to swirling, some of the same dust maybe as back in the eighties, and patrons would catch a whiff of that unmistakable used bookstore smell. And these patrons, each of that furtive, clandestine race who frequent such places, would feel that familiar tingle of recognition deep in their brain stems that told them instinctively what this place was about: the preservation of knowledge, the suspension of time.” — From The Chintz Age Ed Hamilton is also the author of “Legends of the Chelsea Hotel: Living with the Artists and Outlaws of New York’s Rebel Mecca” (DaCapo 2007) which is now in its eighth printing. As of this writing Hamilton is still living in the famed Chelsea Hotel. www.edhamilton.nyc