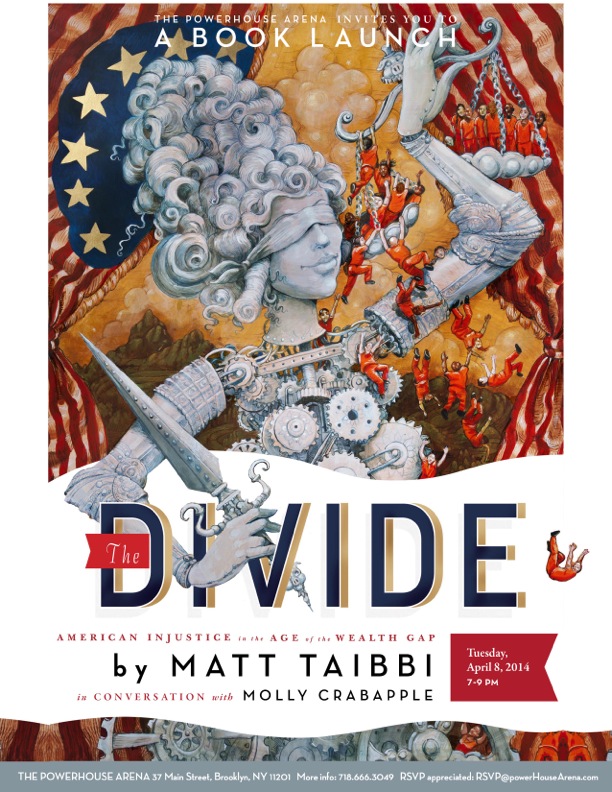 America’s most essential investigative journalist focuses on income inequality in his most important book yet. Artist Molly Crabapple joins Taibbi in conversation.

Because of his alchemical skill at breaking down the most complex stories and giving them an emotional life, Matt Taibbi has become one of the most essential and widely read journalists in America.  Ezra Klein in The Washington Post called his work an “almost startling reminder of the power of good writing” to change the national conversation and he proves this once again with his latest book THE DIVIDE: American Injustice in the Age of the Wealth Gap, an in-depth, investigative look at one of the most pressing issues for our country today: the increasing wealth gap and how it is affecting our system of justice.

In search of a solution, Taibbi discovered “the Divide,” the seam in American life where our two most troubling trends—growing wealth inequality on one hand and an increasingly punitive and intrusive state on the other—come together, driven by a dramatic shift in American citizenship: Our basic rights are now determined by our wealth or poverty. The Divide is what allows massively destructive fraud by the hyperwealthy to go unpunished, while turning poverty itself into a crime—but it’s impossible to see until you look at these two alarming trends side by side.

In THE DIVIDE, Taibbi takes readers on a galvanizing journey through both sides of our new system of justice—the fun-house-mirror worlds of the untouchably wealthy and the criminalized poor. He uncovers the startling, undetected looting that coincided with the financial collapse; a wild conspiracy of billionaire hedge fund managers to destroy a company through the most shocking tactics imaginable; and the story of a whistleblower who gets in the way of the largest banks in America, only to find herself in the crosshairs. On the other side of the Divide, Taibbi takes us to the front lines of the newly criminalized state of poverty: the immigrant dragnet that destroys the lives and families of citizens and undocumented immigrants alike; the newly punitive welfare system that treats its beneficiaries as thieves; and the still undiminished world of stop-and-frisk, where standing in front of your own home has become an arrestable offense. As he narrates these incredible stories, he draws out and analyzes their common source: a perverse standard of justice, based on a radical, disturbing new vision of civil rights.

Through astonishing—and enraging—accounts of the high-stakes capers of the wealthy and nightmare stories of regular people caught in the Divide’s punishing logic, Taibbi lays bare one of the greatest challenges we face in contemporary American life: surviving a system that devours the lives of the poor, turns a blind eye to the destructive crimes of the wealthy, and implicates us all.  As wealth inequality marches inexorably forward, the question we all have to face is whether or not that oldest and most fraught of American values–equal justice under the law—will survive its onslaught.
About the Author and Moderator: 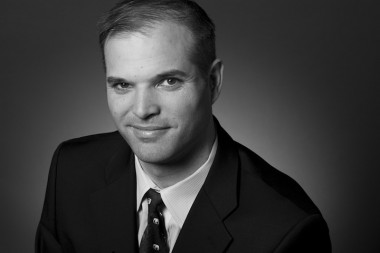 Molly Crabapple is an artist and writer in New York. Her 2013 solo exhibition, Shell Game, led to her being called “Occupy’s greatest artist” by Rolling Stone, and “an emblem of the way that art could break out of the gilded gallery” by The New Republic. She was shortlisted for a Frontline Club Print Journalism award for her internationally acclaimed reportage on Guantanamo Bay. Crabapple is a columnist for VICE, and has written for The New York Times, Newsweek, The Paris Review, CNN, The Guardian, and The Daily Beast. Her illustrated memoir, Drawing Blood, will be published by Harper Collins in 2015.  Her work is in the permanent collection of the Museum of Modern Art