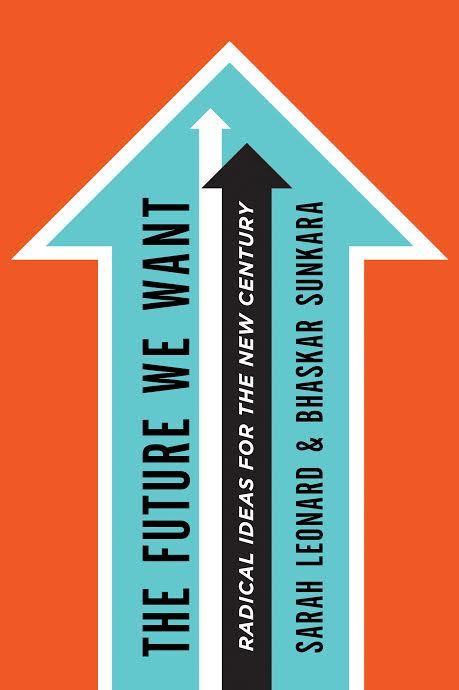 This anthology brings together seventeen of a frustrated generation’s most vital cultural and political critics, who eschew stale, ineffective liberal solutions in favor of more pragmatic options.

About The Future We Want:
Today, unemployment for workers under age 25 is at 18.1 percent; national student loan debt has surpassed $1 trillion; the only jobs lucrative enough to pay off college loans are in the same financial industry that detonated our economy.  And it’s not just the young: all working people—the famed 99%—struggle to make ends meet and fear a future for their children in a world torn by extreme inequality and threatened by climate disaster. “We need a vision of a better future,” Sarah Leonard and Bhaskar Sunkara write in The Future We Want: Radical Ideas for the New Century. The fundamental problem? “There is no better alternative on offer.”

The Future We Want brings together seventeen of a frustrated generation’s most vital cultural and political critics, who eschew stale, ineffective liberal solutions in favor of more pragmatic options. Teach for America won’t fix education, mass incarceration won’t cut crime, small businesses won’t jumpstart a sustainable economy; we’ve hit a crisis that we can’t shop, consume, or innovate away. They advocate something else. What would finance look like without Wall Street? Or a workplace with shared responsibility? Herewith proposals to limit work hours, make black lives really matter, achieve full employment, and build a cooperative feminism.  Bold ideas that are at once utopian and possible.

A new generation of intellectuals is beginning to speak with a unified voice and hold common conversations, signaling the emergence of a new political left. Both manifesto and road map, The Future We Want will pave the way. Sarah Leonard is a senior editor at the Nation, as well as contributing editor to Dissent and the New Inquiry. Her writing about feminism, work, and technology has been published in Jacobin, In These Times, and other venues.  She teaches and New York University’s Gallatin Institute and lives in New York City. Bhaskar Sunkara is the founding editor and publisher of Jacobin, a political quarterly.  He lives in New York City.