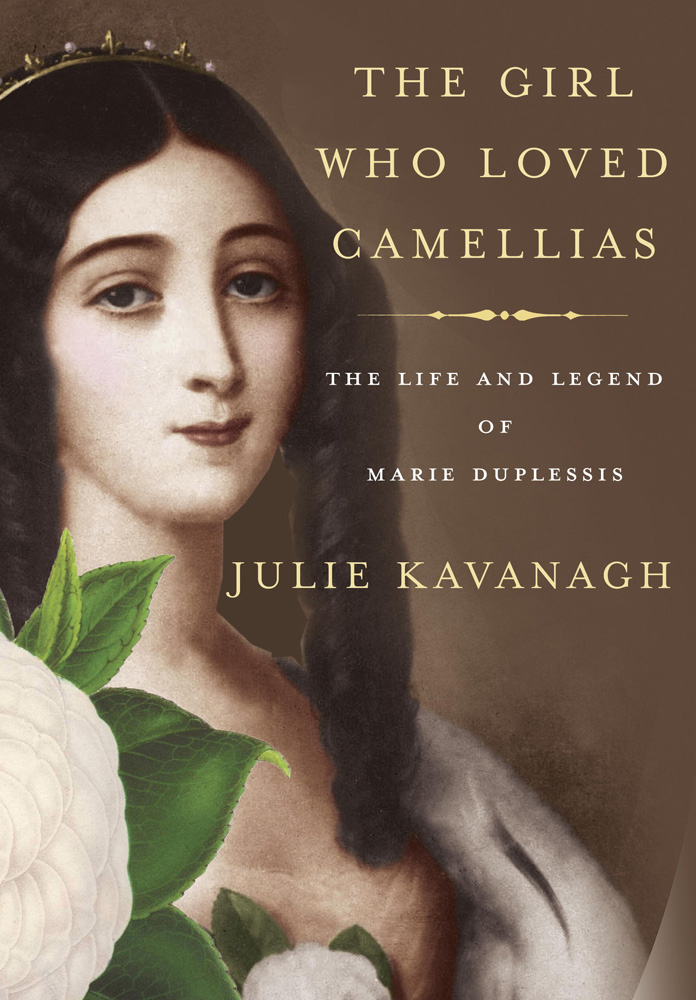 Julie Kavanagh launches The Girl Who Loved Camellias, the riveting true story of courtesan Marie Duplessis. Liesl Schillinger, whose new translation of Lady of the Camellias, Dumas’s famous work, coincides with the biography’s publication, joins Julie Kavanagh in conversation. Drinks will be served.

About THE GIRL WHO LOVED CAMELLIAS: THE LEGEND OF MARIE DUPLESSIS:

Drawing on new research, Julie Kavanagh brilliantly re-creates the short, intense, and passionate life of the tall, pale, slender girl who at thirteen fled her brute of a father and Normandy to go to Paris, where she would become one of the grand courtesans of the 1840s. France’s national treasure, Alexandre Dumas père, was intrigued by her, his son became her lover, and Franz Liszt, too, fell under her spell. Quick to adapt an aristocratic mien, with elegant clothes, a coach, and a grand apartment, she entertained a salon of dandies, writers, and artists. Fascinating to both men and women, Marie, with her stylish outfits and signature camellias, was always a subject of great interest at the opera or at the Café de Paris, where she sat at the table of the director of the Paris Opéra, along with the director of the Théâtre Variétés, the infamous dancer Lola Montez, and others. Her early death at age twenty-three from tuberculosis created an outpouring of sympathy, noted by Charles Dickens, who wrote in February 1847: “For several days all questions political, artistic, commercial have been abandoned by the papers. Everything is erased in the face of an incident which is far more important, the romantic death of one of the glories of the demi-monde, the beautiful, the famous Marie Duplessis.”

With The Girl Who Loved Camellias, Kavanagh has written a compelling and poignant life of a nineteenth-century muse whose independent and modern spirit has timeless appeal.

About THE LADY OF THE CAMELLIAS:

The inspiration for the opera La Traviata by Giuseppe Verdi, who celebrates his 200th birthday this year, as well for Greta Garbo’s “Camille,” the Oscar-winning musical Moulin Rouge! and numerous other dramatic adaptations for both stage and screen, THE LADY OF THE CAMELLIAS is given new life in this beautiful translation by book critic and culture writer Liesl Schillinger. It is published to coincide with The Girl Who Loved Camellias (Knopf), a major new biography of Marie Duplessis, the real-life Lady of the Camellias, by Julie Kavanagh. Now, Kavanagh has contributed the introduction to this new translation—the first in English in more than 25 years.

In the great French Romantic tradition, THE LADY OF THE CAMELLIAS magnifies the strong emotions of Alexandre Dumas fils’ impassioned affair with the Parisian courtesan Marie Duplessis. But Dumas fils was also a realist, plainly describing scenes from his relationship as a skilled journalist might, and thereby shining a light on the most beautiful, brazen, and expensive courtesan in all of nineteenth-century Paris.

Never seen without her favorite flowers, the Lady of the Camellias leads a glittering life, with France’s richest men flocking to her boudoir to lay their fortunes at her feet. Despite having many lovers, she has never really loved—until she meets Armand Duval, young, handsome, and hopelessly in love with her. Julie Kavanagh is the author of Secret Muses: The Life of Frederick Ashton, which won the Dance Perspectives Foundation de la Torre Bueno Prize, and Nureyev. She was trained as a dancer at the Royal Ballet Junior School before taking up a career in journalism and has been arts editor of Harpers & Queen, a dance critic for The Spectator, and London editor of both Vanity Fair and The New Yorker. She is currently a writer and contributing editor of The Economist’s cultural, lifestyle, and travel magazine Intelligent Life.

Alexander Dumas, fils (1824-1895) was the son of the famous novelist Alexander Dumas, the author of The Three Musketeers. After the success of the stage version of THE LADY OF THE CAMELLIAS, he was gradually drawn away from the novel to the theater. In 1874 he was elected to the French Academy and continued to produce a long line of successful plays until his death Liesel Schillinger is a translator, journalist, and literary critic who writes regularly for The New York Times Book Review and spent many years on the editorial staff of The New Yorker. She lives in New York. You can follow her on Twitter @arbitrix.