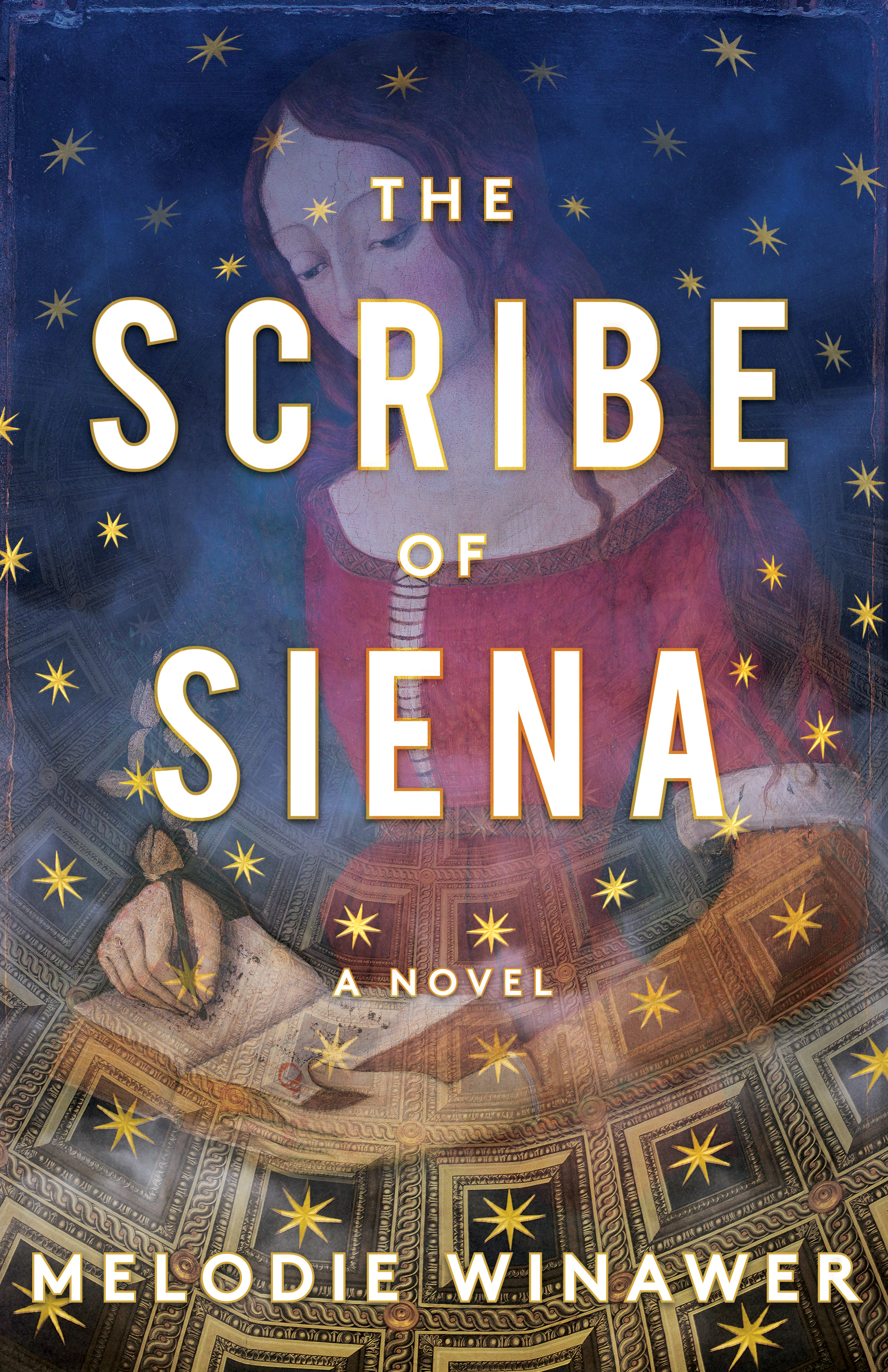 In THE SCRIBE OF SIENA, debut author Melodie Winawer transports readers to medieval Italy, where the past and present collide and a twenty-first century woman discovers love—and a plot to destroy Siena.  THE SCRIBE OF SIENA is the captivating story of a brilliant woman’s passionate but dangerous affair with a time and place, testing the strength of fate and the bonds of love.

In this transporting love story and gripping historical conspiracy—think The Girl with a Pearl Earring meets Outlander—accomplished neurosurgeon Beatrice Trovato knows that her deep empathy for her patients is beginning to hinder her work. When her beloved brother, a historian, passes away suddenly, she travels to the Tuscan city of Siena to settle his estate. Overworked and in need of a respite, she welcomes the unexpected trip as she wrestles with her grief. As she delves into her brother’s affairs and his unfinished research, she discovers evidence of a 650-year-old conspiracy to destroy Siena.

While attempting to prove her brother’s theory, she unearths the journal and paintings of a 14th-century fresco painter named Gabriele Accorsi, the man at the heart of the plot. In one of Accorsi’s paintings, she discovers a woman who bears a startling resemblance to herself. The journal works as a portal to the past and Beatrice is transported to the year 1347. She awakens in a Siena unfamiliar to her—a city that will soon be devastated by the Black Plague.

In Siena, Beatrice meets Accorsi and falls in love—not only with the painter but with the cadence of medieval life itself. At the same time, she and Gabriele find themselves pitted against a Florentine conspiracy bent on destroying the city. As the Plague and the ruthless men navigating its deadly path threaten Siena, Beatrice must decide in which century she belongs.

Melodie Winawer is a physician-scientist and Associate Professor of Neurology at Columbia University. A graduate of Yale University, the University of Pennsylvania, and Columbia University with degrees in biological psychology, medicine, and epidemiology, she has published over fifty nonfiction articles and book chapters. She is fluent in Spanish and French, literate in Latin, and has a passable knowledge of Italian. Dr. Winawer lives with her spouse and their three young children in Brooklyn, New York. The Scribe of Siena is her first novel.