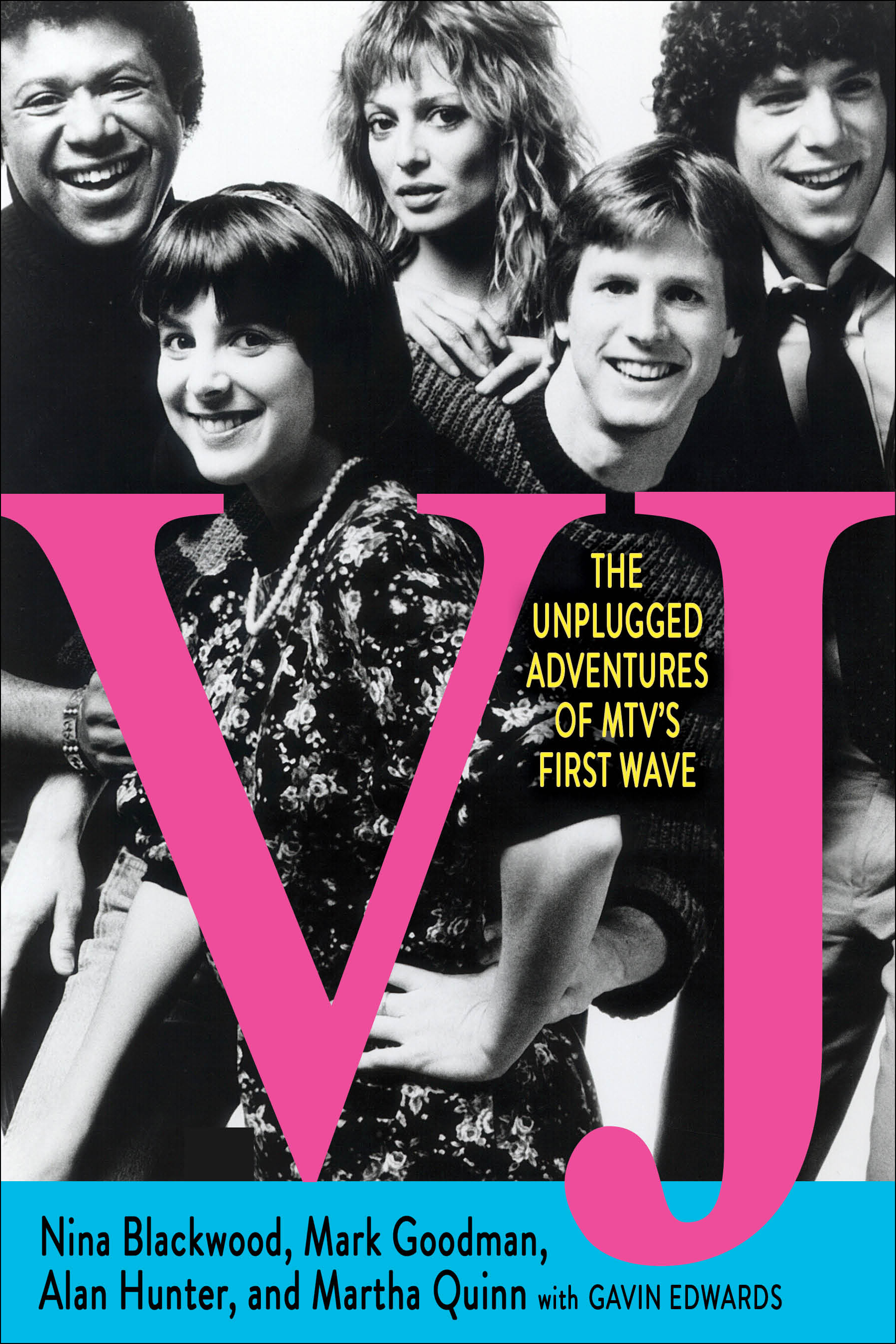 About VJ: The Unplugged Adventures of MTV’s First Wave:

MTV’s original VJs offer a behind-the-scenes oral history of the early years of MTV, 1981 to 1987, when it was exploding, reshaping the culture, and creating “the MTV generation.”

Nina Blackwood, Mark Goodman, Alan Hunter, and Martha Quinn (along with the late J. J. Jackson) had front-row seats to a cultural revolution—and the hijinks of music stars like Adam Ant, Cyndi Lauper, Madonna, and Duran Duran. Their worlds collided, of course: John Cougar invited Nina to a late-night “party” that proved to be a seduction attempt. Mark partied with David Lee Roth, who offered him cocaine and groupies. Aretha Franklin made chili for Alan. Bob Dylan whisked Martha off to Ireland in his private jet.

But while VJ has plenty of dish—secret romances, nude photographs, incoherent celebrities—it also reveals how four VJs grew up alongside MTV’s devoted viewers and became that generation’s trusted narrators. They tell the story of the ’80s, from the neon-colored drawstring pants to the Reagan administration, and offer a deeper understanding of how MTV changed our culture. Or as the VJs put it: “We’re the reason you have no attention span.”

Nina Blackwood, Mark Goodman, Alan Hunter and Martha Quinn are getting together with Rolling Stone contributing editor Gavin Edwards to tell their story in their own words in the forthcoming book VJ: The Unplugged Adventures of MTV’s First Wave.

The four (along with the late J.J. Jackson) were the first on-air hosts hired by MTV when the channel first debuted.