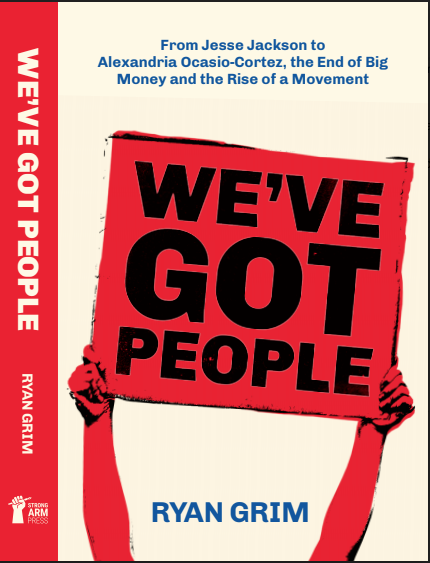 We’ve Got People: From Jesse Jackson to Alexandria Ocasio-Cortez, the End of Big Money and the Rise of a Movement is the first book-length treatment of the roots and rise of Alexandria Ocasio-Cortez, tracing the movement that propelled her back to the 1988 presidential campaign of Jesse Jackson and the Rainbow Coalition — a year before she was born. That campaign stunned the Democratic Party by coming within inches of winning the nomination. One of the few white progressives to endorse the campaign early was Burlington Mayor Bernie Sanders; Ocasio-Cortez, in 2016, would volunteer for his presidential campaign. Veterans of the Sanders campaign then formed the organization that recruited Ocasio-Cortez to run for Congress, and backed her and her squad to the hilt. At every step, the movement was in conflict with the centrist wing of the party, and the book, jam-packed with new revelations, explores how each shaped each other, and how that 30-year war shapes the fight playing out today Ryan Grim is the Washington bureau chief for The Intercept, and was previously the bureau chief for The Huffington Post, where he led a team that was twice a finalist for a Pulitzer Prize, winning once. The author of This Is Your Country On Drugs, this is his second book. Alexandria Ocasio-Cortez, in an interview with The Washington Post, called The Intercept’s reporting on her campaign a “game changer”, and Politico reported in feature-length profile in April that The Intercept’s “top claim to progressive credibility can be summarized in three letters—AOC. In May of last year, reporter Aída Chávez and Grim wrote a long story with a bold headline: ‘A Primary Against the Machine: A Bronx Activist Looks to Dethrone Joseph Crowley, The King of Queens.’ For many readers in Washington, it was the first they had heard of Alexandria Ocasio-Cortez. That story kicked off more assertive Intercept reporting on her long-shot campaign, and the Intercept published a series of punishing stories about AOC’s competitor, incumbent Democrat Crowley.” Since she arrived in Washington, Grim and The Intercept have continued to dominate coverage of this surging new force.