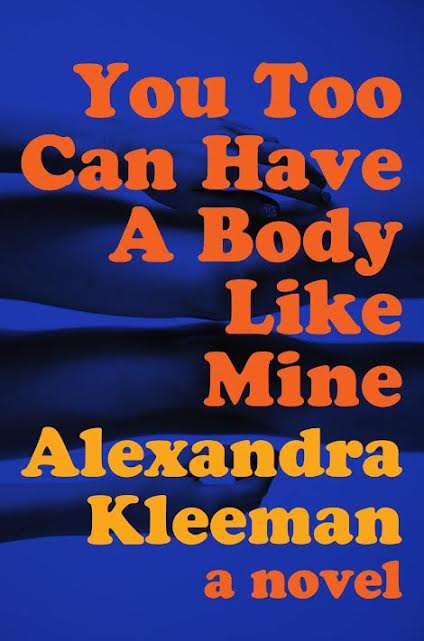 Debut novelist Alexandra Kleeman brings us You Too Can Have a Body Like Mine, a story that concerns sex and friendship, consumption and appetite, faith and transformation, real food and fast food, TV commercials and reality television, and a wholly singular vision of modern womanhood. She will be joined by Buzzfeed Books editor Isaac Fitzgerald.

About You Too Can Have a Body Like Mine:

“As incisive about our dark cultural obsessions as she is compassionate towards the individuals who fall prey to them, Alexandra Kleeman is a terrifying and elegant talent you will not soon forget.”   —Kathleen Alcott

You Too Can Have a Body Like Mine is an intelligent and madly entertaining novel reminiscent of The Crying of Lot 49, White Noise, Mary Gaitskill’s Veronica, and Ruth Ozeki’s My Year of Meats.  It is a missing-person mystery told from the point of view of the missing person, a story that concerns sex and friendship, consumption and appetite, faith and transformation, real food and fast food, TV commercials and reality television, and a wholly singular vision of modern womanhood.

A lives with her roommate B, but something’s gone wrong.  Not only does B seem like she’s on a downward spiral, drinking all afternoon and biting people who get on her nerves—she’s beginning to look and act more like A each day.  A tries to confide in C, her boyfriend, but C doesn’t seem to understand what she’s so upset about.  To him, B’s strange behavior is just a symptom of A’s inability to let people get close to her, to know her, to be comfortable with the normal business of knowing and living and being.  Feeling distant from the people who are supposed to be closest to her, A begins to get interested in a strange new cult that’s been seeding the supermarket with pamphlets.  The Church of the Conjoined Eater knows that something’s wrong with the way A is living, but to find out what it is she’ll have to make a commitment.  A joins the Church and is sent to a compound populated by found souls just like herself, doing the manual labor of believers, their bodies entirely covered by white sheets.  It isn’t long before the place she escaped to becomes another place to escape from—the work she does for the Church becomes crueler and she becomes paranoid and uncooperative, mis-performing her tasks.  Eventually she’s transferred to a new job on a TV game show run by Eaters.  In this moment A must figure out if she can go on as things are, or if she is finally ready to become the person she once used to be. Alexandra Kleeman’s short fiction has appeared in The Paris Review, Zoetrope: All-Story, Conjunctions, BOMB, Gulf Coast, and Guernica. Her nonfiction has appeared in Tin House, Golden Handcuffs Review, and n+1. She received her MFA in fiction from Columbia University, and has received grants and scholarships from the Bread Loaf Writers Conference, the Virginia Center for the Creative Arts and the Santa Fe Art Institute. She is currently completing a PhD in Rhetoric at UC Berkeley.  Her next book, a short story collection entitled Imitations, will come out from Harper in the fall 2016 season.  Originally from Boulder, CO, Kleeman now lives in New York City.

Isaac Fitzgerald has been a frefighter, worked on a boat, and been given a sword by a king, thereby accomplishing three out of five of his childhood goals. He has written for The Bold Italic, McSweeney’s, Mother Jones, and The San Francisco Chronicle. He is the co-founder of Pen & Ink, and editor of BuzzFeed Books.