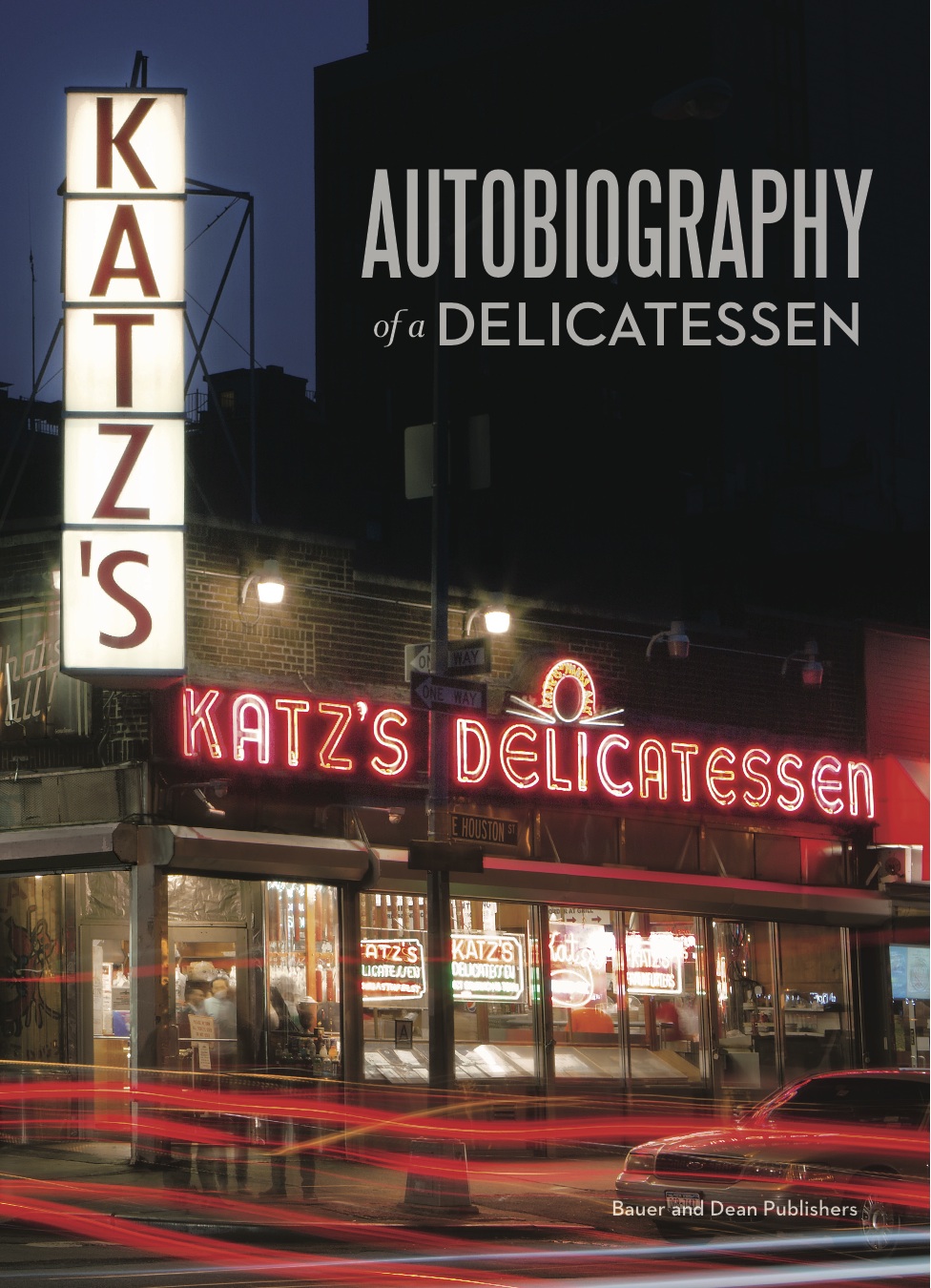 A great visual record of how a restaurant runs. This first-ever book about Katz’s Delicatessen indelibly captures the unique spirit and appeal of the Lower East Side classic. Timed to coincide with Katz’s 125th anniversary, this special edition brings a bit of Katz’s right into your own home.

A New York City institution since 1888, Katz’s Deli on the corner of Ludlow and East Houston Streets is the oldest and most beloved delicatessen in America. Famous for its mouth-watering pastrami and mouth-puckering pickles—as well as its traditional Friday evening hot dogs—Katz’s has been serving Jewish comfort food to literally generations of hungry customers, from locals dropping in for their “usual” and tourists from around the world, to a veritable who’s-who of celebrities and politicians, their visits immortalized in hundreds of photographs along the walls.

The 384 pages of this elegant and hefty tome contain hundreds of striking photographs by Baldomero Fernandez: the people on both sides of the counter; the storied cutting stations; the distinctive signage; the remarkably small kitchen; and more. Part-owner Jake Dell reveals the deli’s rich and compelling 125-year history, as well as the characteristics of the traditional Jewish foods that are at the core of Katz’s culinary offerings—the difference between pastrami and corned beef, the deli’s pickling process, and more—while Travel Channel star Adam Richman provides a very personal and evocative foreword.

No need to be a New Yorker. This book will prove equally irresistible to the regulars (whose grandfather took them at age 5 for their first taste of Katz’s pastrami), and to the uninitiated who have yet to walk on the famous sawdust- covered terrazzo floor, ticket in hand.

About the Photographer, Author, and Moderator:

Baldomero Fernandez first began taking photographs at age fourteen. Raised in Miami, he graduated from the Rochester Institute of Technology before moving to New York City. Baldomero’s photographs have appeared in publications such as Life, The New Yorker, The New York Times, Vanity Fair and W Magazine. Recently he has been directing video and multimedia shorts for CR Fashion Book, The Aesthete and several high profile fashion brands and artists. Among the things that excite Baldomero most in life, however, are toeing the line at a marathon race and being up in the country with his 5-year-old son, looking for frogs and snails at night with a flashlight in hand. Baldomero’s first book, Autobiography of a Fashion Designer Ralph Rucci was published in 2011.

Jake Dell represents the fifth generation owner of Katz’s Delicatessan, the 125-year-old deli located in New York City’s Lower East Side. He is part owner along with his father Alan Dell and uncle, Fred Austin.

Adam Krefman is the publisher of Lucky Peach magazine. Prior to his current position with Lucky Peach, he was associate publisher at McSweeney’s, and prior to that he ate too much pastrami. He regrets nothing, including writing his own bio in the third person.