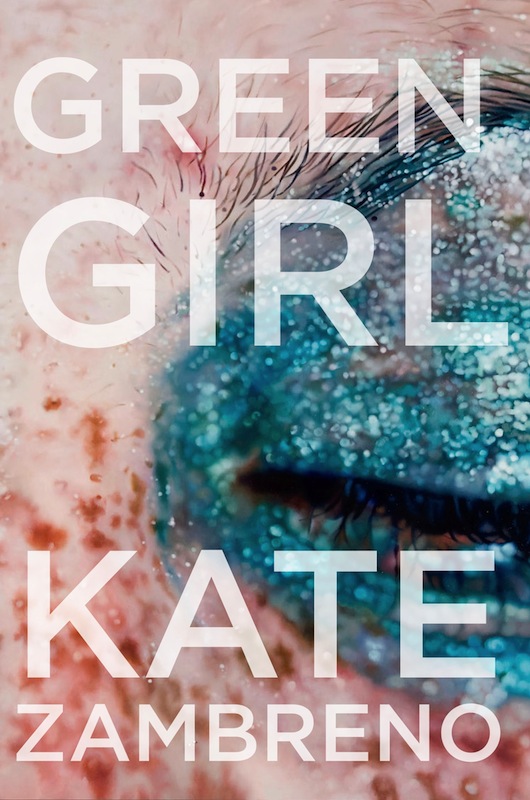 Originally published in 2011, Zambreno’s novel is a sharply etched portrait of a young woman navigating the spectrum between anomie and epiphany. Elissa Schappell joins Zambreno in conversation.

First published in 2011 in a small press edition, Green Girl was named one of the best books of the year by critics including Dennis Cooper and Roxane Gay. In Bookforum, James Greer called it “ambitious in a way few works of fiction are.” This summer it is being republished in an all-new Harper Perennial trade paperback, significantly revised by the author, and including an extensive P.S. section including never before published outtakes, an interview with the author, and a new essay by Zambreno.

Zambreno’s heroine, Ruth, is a young American in London, kin to Jean Seberg gamines and contemporary celebutantes, by day spritzing perfume at the department store she calls Horrids, by night trying desperately to navigate a world colored by the unwanted gaze of others and the uncertainty of her own self-regard. Ruth, the green girl, joins the canon of young people existing in that important, frightening, and exhilarating period of drift and anxiety between youth and adulthood, and her story is told through the eyes of one of the most surprising and unforgettable narrators in recent fiction—a voice at once distanced and maternal, indulgent yet blackly funny. And the result is a piercing yet humane meditation on alienation, consumerism, the city, self-awareness, and desire, by a novelist who has been compared with Jean Rhys, Virginia Woolf, and Elfriede Jelinek.

Kate Zambreno’s has been named one of Jezebel’s “25 Kick-Ass and Amazing Women We Love,” and her nonfiction book, Heroines, a memoiristic exploration of the fates of the wives and myths of the twentieth century modernists, was recently named one of the 50 Books that Define the Last Five Years by Flavorwire, reviewed widely, including in the London Review of Books by novelist Sheila Heti, and on numerous best-of lists. She is also the author of the novel O Fallen Angel. She lives in Brooklyn and teaches in the writing programs at Sarah Lawrence College and Columbia University.