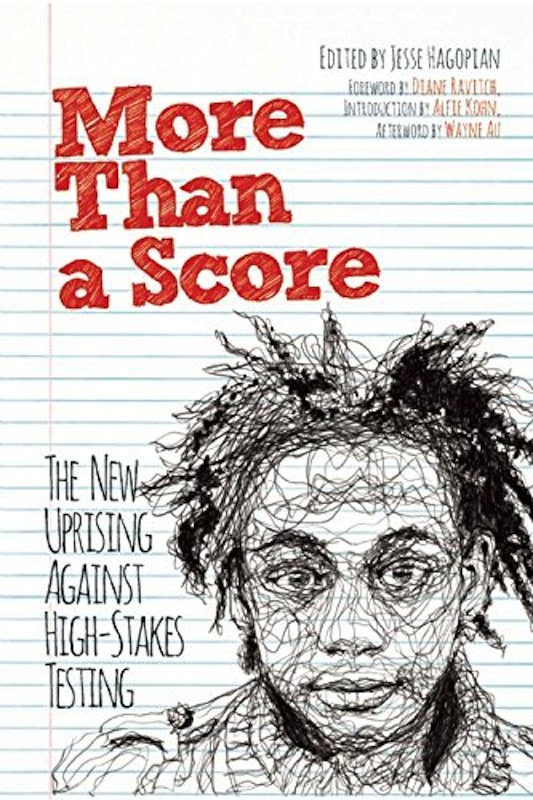 A scathing expose, this collection of essays digs deep into the corrupt world of standardized testing and education in America itself.

About More Than A Score:

For too long so-called education reformers, mostly billionaires, politicians, and others with little or no background in teaching, have gotten away with using standardized testing to punish our nation’s youth and educators.

Now, across the country, students are walking out, parents are opting their children out, and teachers are refusing to administer these detrimental exams. In fact, the “reformers” today find themselves facing the largest revolt in US history against high-stakes, standardized testing.

More Than a Score is a collection of essays, poems, speeches, and interviews—accounts of personal courage and trenchant insights—from frontline fighters who are defying the corporate education reformers, often at great personal and professional risk, and fueling a national movement to reclaim and transform public education.

Jesse Hagopian teaches history and is the Black Student Union adviser at Garfield High School, the site of the historic boycott of the MAP test in 2013. He is an associate editor of Rethinking Schools, a founding member of Social Equality Educators, and winner of the 2013 “Secondary School Teacher of Year” award from the Academy of Education Arts and Sciences. He is a contributing author to Education and Capitalism: Struggles for Learning and Liberation and 101 Changemakers: Rebels and Radicals Who Changed US History, and writes regularly for Truthout, Common Dreams, Socialist Worker, Black Agenda Report, and the Seattle Times op-ed page.

Diane Ravitch is a former U.S. assistant secretary of education, and author of the best-selling The Death and Life of the Great American School System, Reign of Error, and other notable books on education history and policy.

Brian Jones taught elementary grades for nine years in New York City’s public schools, and is currently pursuing a PhD in Urban Education at the City University of New York Graduate Center. He was the Green Party’s 2014 candidate for Lieutenant Governor of New York. Brian co-narrated the film, The Inconvenient Truth Behind Waiting for Superman, and has contributed to several books, including More Than a Score: The New Uprising Against High-Stakes Testing. He is a member of the Movement of Rank and File Educators: the social justice caucus of the United Federation of Teachers. Brian has also lent his voice to several audiobooks, including The John Carlos Story: The Sports Moment That Changed the World and Howard Zinn’s one-man play, Marx in Soho. Brian is the recipient of a 2012 Lannan Cultural Freedom Fellowship.