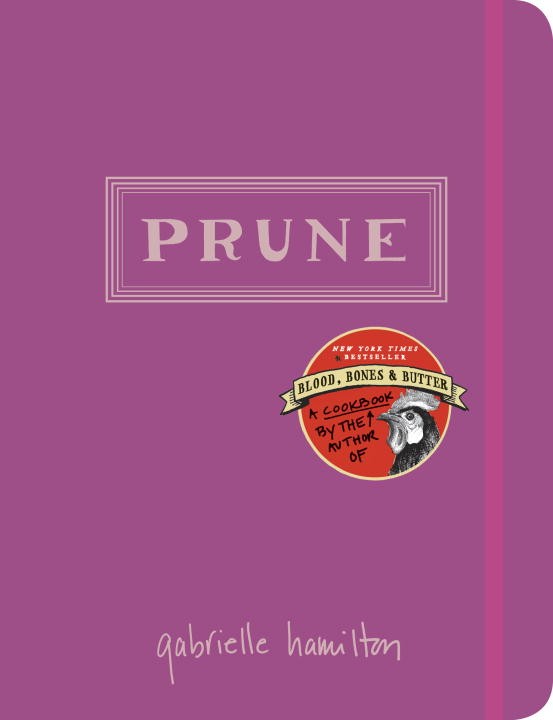 Blood, Bones, & Butter author Gabrielle Hamilton returns with a cookbook collecting many of the delicious recipes that put her restaurant, Prune, on the map. She’ll be joined by former cooks Matt Hamilton, Matt Deliso, Molly Breidenthal, Brian Leth, and Zak Kreiger for a dynamic discussion of their times spent working at Prune and what it’s been like to start their own restaurants after.

One woman, one East Village kitchen, one phenomenal memoir, 15 years at Prune restaurant..

Written in Gabrielle Hamilton’s singular voice as though she were addressing her own cooks, Prune, her debut cookbook, releases on November 4 and perfectly reflects the consistently uncompromising, irreverent, hard working spirit of this beloved place to eat. The highly anticipated cookbook debut, 15 years in the making with 250 recipes from Prune restaurant

Prune is an extensive collection of the recipes served at New York City’s beloved Lower East Side restaurant over the last fifteen years from one of America’s most recognized chefs and established literary talents. Gabrielle Hamilton wrote about several of these recipes in her memoir, Blood, Bones, and Butter. This is a unique opportunity to see the enticing recipes behind that dramatic story. Prune is written from the unique perspective of cook to cook, as if Gabrielle were addressing her own line cooks, some seasoned, some green, with all of the essential elements provided to getting a dish just right. Featuring Gabrielle’s own hand written notes, her singular voice and uncompromising spirit, this is a cookbook that perfectly captures the inner workings of Prune restaurant as well as the amazing chef and writer behind this incredible labor of love. Gabrielle Hamilton is the chef/owner of Prune restaurant in New York’s East Village and the author of the New York Times bestselling memoir Blood, Bones and Butter: The Inadvertent Education of a Reluctant Chef. She received an MFA in fiction writing from the University of Michigan, and her work has appeared in the New Yorker, New York Times, GQ, Bon Appétit, Saveur, House Beautiful and Food & Wine. She has also authored the eight-week “The Chef” column in The New York Times, and her work has been anthologized in eight volumes of Best Food Writing. She has appeared on Martha Stewart and the Food Network, among other TV and she has won a James Beard Foundation Award for Best Chef NYC. She currently resides in Manhattan with her two sons.