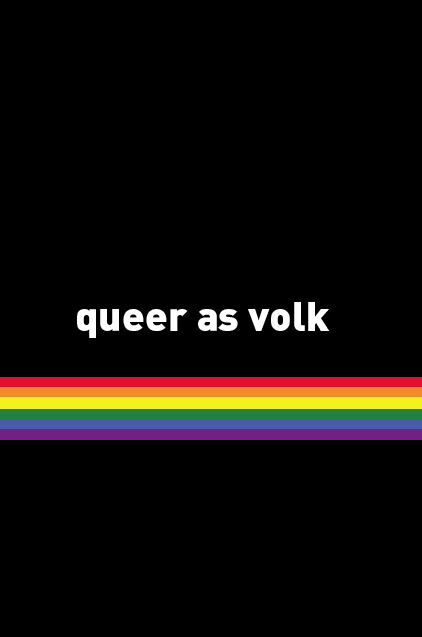 As Virginia Woolf put it in A Room of One’s Own: “Sometimes women do like women.” Bringing queer stories to a straight world is a task that often falls to LGBTQ writers. But should LGBTQ writers feel an obligation to write fiction inspired by their own experiences? This panel explores the burdens of representation and the role of personal and literary influences, showing how LGBTQ lives come into literature. Featuring authors Zora del Buono, Antje Rávic Strubel, and Jürgen Bauer, and Darryl Pinckney, and moderated by Geoff Mak of The Offing Magazine.

Festival Neue Literatur, the first and only festival to spotlight German-language and American fiction together, will take place March 2 – 5, at venues throughout New York City. The theme of the 2017 festival, curated by Peter Blackstock, senior editor at Grove Atlantic, is “Queer as Volk.” As queer people face a hazardous political climate both in the United States and in Europe, stories about the LGBTQ community become all the more critical. As do the questions: How do queer stories reach readers? To what extent is gay writing still subversive? And how do we ensure that the stories of LGBTQ people are told in a time of rising reactionary sentiment?

The celebrated American novelist Garth Greenwell will be the chair of Festival Neue Literatur 2017. “Part of what has always been exciting and unsettling about queerness is the way it can serve as a point of contact and affiliation across the usual categories — of nation, race, class, language — by which we organize our lives,” he says. “This is something queer artists and writers have always celebrated, and it is something we need very much to remember and reaffirm now. I’m immensely excited for the conversations and encounters the Festival Neue Literatur will enable this year.”

This will be the eighth installment of Festival Neue Literatur, where New York City once again hosts six of the most important authors from Austria, Germany, and Switzerland, along with celebrated voices in American literature and culture. The festival’s German-langauge authors are tremendous voices in the European literary world, but their work still remains to be discovered by many U.S. readers.

The works of fiction featured at this year’s festival celebrate the diversity of LGBTQ experiences. From the coming-of- age story of a young bisexual man living in the Black Forest, to a novel exploring the lives of lesbian and gay people in Austria during the Nazi period, to the tale of a Swiss couple reeling from a positive HIV diagnosis, the featured works form a cross-section of the LGBTQ spectrum. Simultaneously joyous, heart-wrenching, sexual and radical, these books showcase queer experiences with deep emotion and great literary flair.

Every winter, the festival pairs the six visiting authors with two U.S. authors, bringing diverse perspectives and sensibilities into an excitingly dynamic intercultural conversation. The 2017 festival will proudly feature two celebrated American novelists, Darryl Pinckney, Whiting Award-winning author of Black Deutschland, and Francine Prose, award-winning author of a number of novels, including Lovers at the Chameleon Club. This year’s moderators include award-winning translator Tess Lewis, Geoff Mak of The Offing magazine, and William Johnson of Lambda Literary, as past moderators have included Siri Hustvedt, John Wray, and Liesl Schillinger.

The festival’s signature translation event returns and takes on the theme “Translation at the Margins” in an effort to showcase the importance of translating minority voices, including those of LGBTQ writers, writers of color, women writers, as well as spotlighting literature from countries recently targeted by the immigration ban, including Iran and Iraq This year’s event will feature acclaimed authors John Keene and Rivka Galchen, as well as celebrated translators Susan Bernofsky and Sara Khalili, and many more.

The Friedrich Ulfers Prize will be presented at the festival’s opening ceremony on March 2 to Barbara Epler, publisher and president of New Directions. The prize is endowed with a $5,000 grant and honors a publisher, writer, critic, translator, or scholar who has championed the advancement of German-language literature in the United States. Previous recipients of the Friedrich Ulfers Prize include Burton Pike, Robert Weil, Sara Bershtel, and Carol Brown Janeway.

Each year, the festival publishes the FNL Reader, a booklet featuring English-langauge excerpts of the featured German-langauge works, often marking the first appearance of these texts in English. The 2017 FNL Reader (Volume 7) will be available for download in an electronic version on the festival website at www.festivalneueliteratur.org.