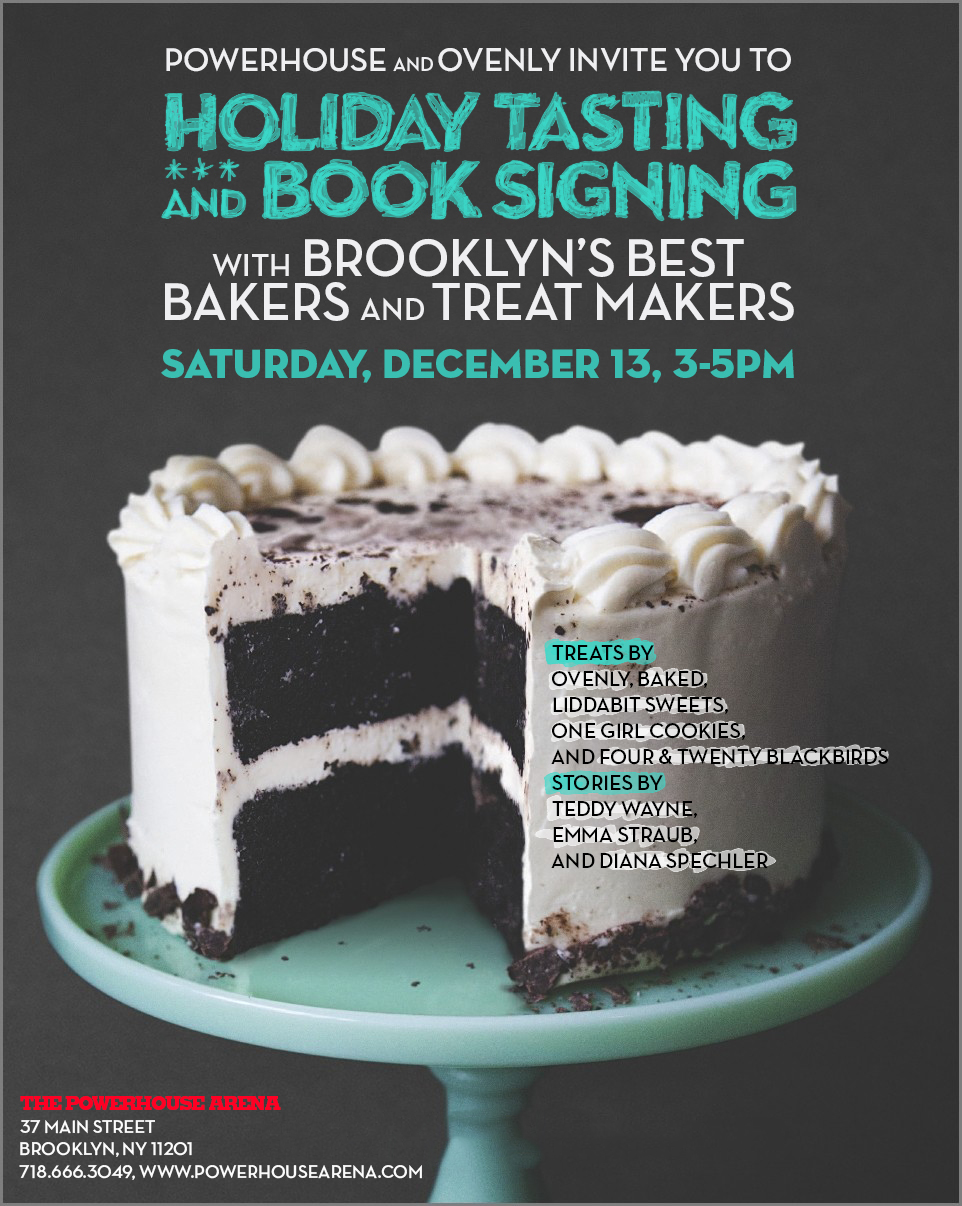 Taste treats by Ovenly, Baked, Liddabit Sweets, One Girl Cookies, and Four & Twenty Blackbirds, and hear stories by authors Teddy Wayne, Emma Straub, and Diana Spechler to get you into the holiday spirit!

About the tasty treats:

Emma Straub is from New York City. She is the author of Laura Lamont’s Life in Pictures and Other People We Married, and her fiction and nonfiction have been published in Vogue, Tin House, The New York Times, and the The Paris Review Daily. She is a staff writer for Rookie. Straub lives with her husband and son in Brooklyn.