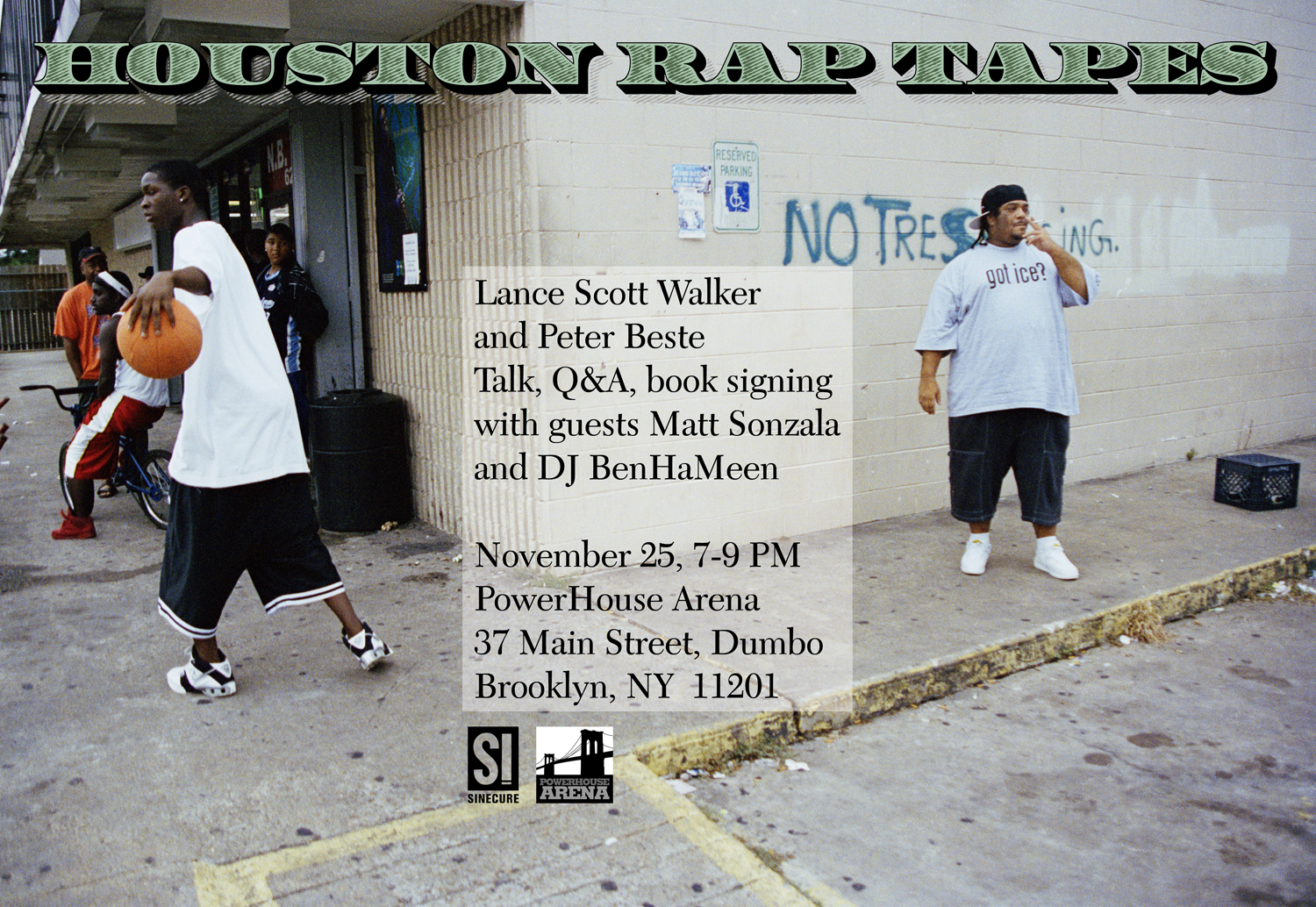 Houston Rap is an immersion into the everyday life of the Houston hip hop community. This hardcover 272 page book features the photography of Peter Beste, who spent 9 years documenting the culture alongside writer Lance Scott Walker. The book is edited by Johan Kugelberg who also worked with Peter on his previous book True Norwegian Black Metal (Vice) which to date has sold through 8 editions.

Houston Rap profiles noted artists such as Bun B of UGK, Z-Ro, Big Mike, K-Rino, Willie D of the Geto Boys, Lil’ Troy, and Paul Wall, alongside reflections on the lives of departed legends such as DJ Screw, Pimp C, and Big Hawk. The book also features community leaders, rappers, producers, businessmen, and family members, all providing an astonishing and important insight into a great American cultural narrative.

Houston Rap Tapes is the companion book to Houston Rap, by Peter Beste and Lance Scott Walker, an immersion in and documentation of the Houston Hip Hop community in neighborhoods such as Fifth Ward, Third Ward, and South Park.

There are also creation myths told by old school masters like MC Wickett Crickett, and Rick Royal, as well as the life stories of an assortment of radio and club personalities, impresarios, ex-pimps, former drug dealers, and members of the community.

Peter Beste is a documentary photographer based in New Mexico and New York City.