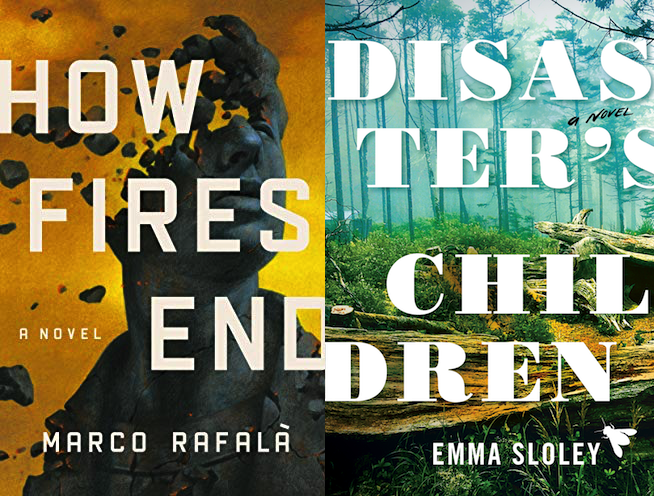 In his affecting, intimate debut novel, HOW FIRES END, Marco Rafalà chronicles the long legacy of a single act of violence, illustrating along the way the complicated dynamics of familial bonds, the devastating effects of war upon childhoods, and the inextricable nature of personal and political identities.

Inciting all of the action is the moment in August 1943 when Salvatore, aged nine, is sent to find his twin brothers. What he discovers would, from afar, appear to be an idyllic scene: his younger brothers playing joyfully in their father’s almond orchard, sitting in a clearing among the trees, in a hillside Sicilian village recently liberated by Allied forces. But Salvatore recognizes the grim nature of their toy: an unexploded shell. As he calls out to warn the boys, a terrible flash envelops them. Salvatore bears witness to his brothers’ cruel deaths and then to the equally haunting reactions of his parents as they discover their children’s ruined bodies.

From this unspeakable cataclysm a series of tragedies unspools. Salvatore attempts to escape the suffering of his childhood and offer a different kind of life to his American-born son, David. But even as he reflects on his efforts to shield David from his family’s suffering, he reminds us of the way in which fathers, inherently, shape their sons: I was the vine and vinedresser and you—picciriddu—you were the fruit. In a sweeping narrative that contains multiple perspectives and grand themes—revenge, love, forgiveness—Rafalà’s promising and distinctive authorial voice emerges. Rafalà, a former musician who later earned his MFA in fiction, writes melodically even as he meditates on violence and destruction. His ambitious novel not only offers a striking portrait of a single family, but also interrogates traditional and troubling definitions of masculinity and the powerful allure of fascism.

In her prescient debut, DISASTER’S CHILDREN, former Harper’s Bazaar Australia editor and freelance travel writer Emma Sloley seamlessly weaves together an apocalyptic novel and cultural commentary to produce a memorable narrative both searing and tender. Disaster’s Children traces the pivotal development of its protagonist alongside the deterioration of the natural world, an intimate coming-of-age set in a vivid and terrifying near-future. Raised in a privileged community of ultra-wealthy survivalists on an idyllic, self-sustaining Oregon ranch, Marlo has always been insulated. The outside world, which the ranchers nickname “The Disaster,” is ravaged by environmental suffering and situated precariously on the brink of global catastrophe. In her helipad-equipped commune, however, co-founded by Marlo’s gregarious, moneyed parents, residents design stunning modern homes, cozy up with bottles of wine in the evenings, and enjoy clear skies and abundant flora. The residents maintain this bliss in part through a shared agreement to disengage from news and politics, abstaining from information and the internet, instead investing in the development of their own exclusive society, one that might outlast impending destruction in the world beyond.

Marlo has long been intrigued by the chaos and opportunity that lie beyond the confines of her picturesque community, a curiosity fueled by occasional trips to major cities and correspondence with her two childhood best friends, who have disavowed and fled the commune. As cracks in the ranch’s foundation appear, and residents increasingly catch unwitting glimpses of the environmental calamities beyond their borders, Marlo considers life outside the ranch. But just as she sets her sights on the outside world, an unexpected new resident appears and presents her with a compelling reason to stay. Torn between the allure of this captivating stranger and the pull of the unknown, the siren call of broader society and the unparalleled comfort of her sheltered community, Marlo contemplates questions as grand as her very purpose on Earth.

Marco Rafala is a first-generation Sicilian American novelist, musician, and writer for award-winning tabletop role-playing games. He earned his MFA in Fiction from The New School and is a cocurator of the Guerrilla Lit Reading Series in New York City. Born in Middletown, Connecticut, he now lives in Brooklyn, New York. His debut novel, HOW FIRES END, is a sweeping multigenerational saga set in World War II Sicily and mid-eighties America. It chronicles the long legacy of a single act of violence, illustrating along the way the complicated dynamics of familial bonds, the devastating effects of war upon childhoods, and the inextricable nature of personal and political identities. Alexander Chee writes: “Beautiful, mesmerizing, consoling, and under immaculate control, Marco Rafalà’s How Fires End is a powerful novel about the religion we create for ourselves as we face that which perhaps even God has not imagined for humanity.” 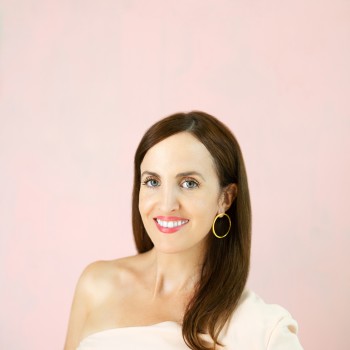 Sloley is a former New Yorker by way of Australia, who began her career as a features editor for Harper’s Bazaar Australia. She went on to become a freelance travel writer for Travel & Leisure, Conde Nast Traveler, and New York magazine. Her debut, DISASTER’S CHILDREN is a dystopian survival novel set in a privileged community of wealthy survivalists on an idyllic, self-sustaining Oregon ranch, which pubs on November 5th. Rebecca Makkai writes: “Sometimes a new author will sidle up and whisper in your ear, and sometimes she’ll grab you by the neck. Emma Sloley is in the latter camp.”