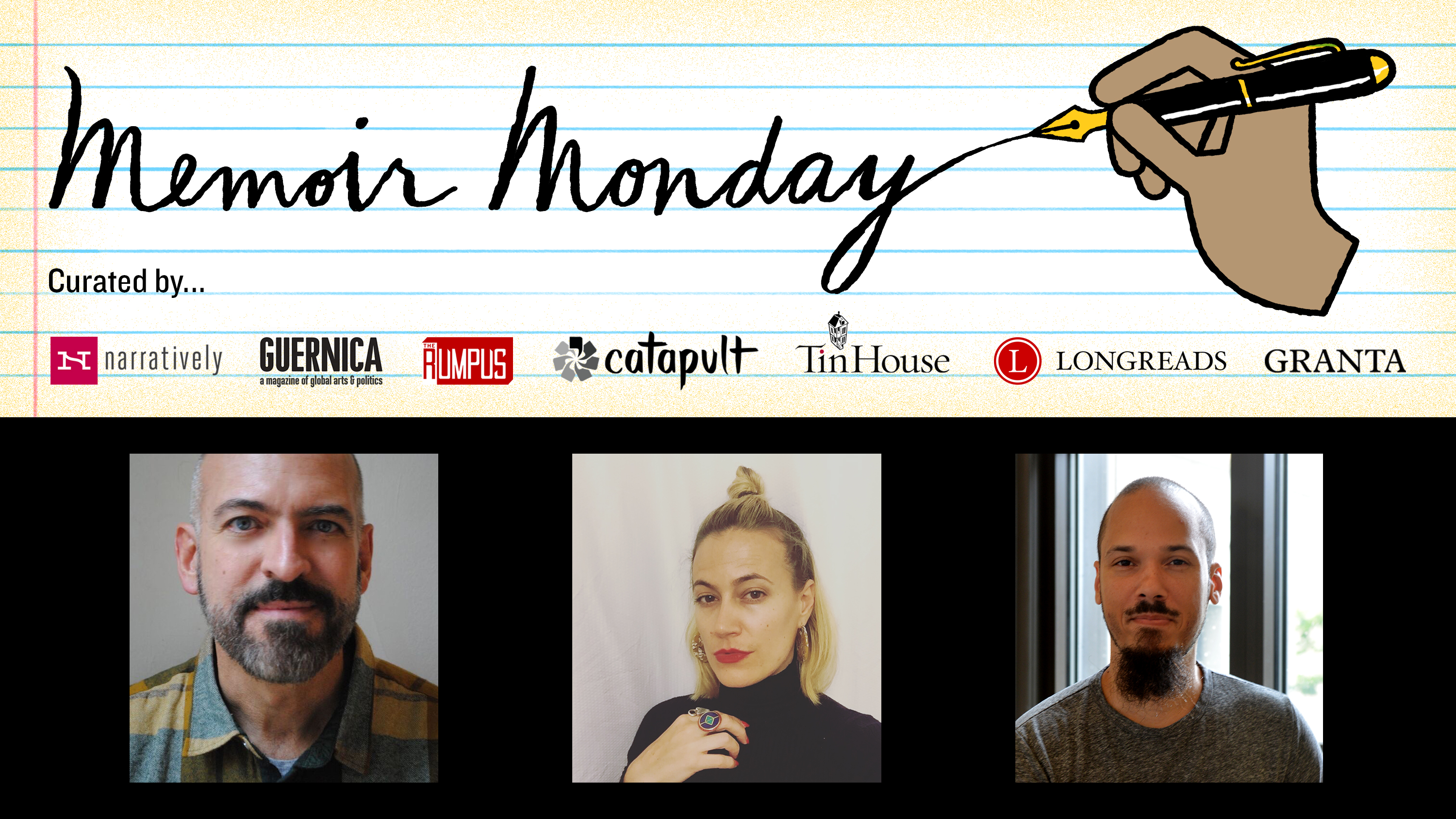 Memoir Monday is a collaboration between Narratively, Catapult, Tin House, The Rumpus, Granta, Guernica, and Longreads to bring the very best first-person writing together in a weekly newsletter and a monthly reading series!

All events are free, and there will be wine.

Learn more about Memoir Monday and sign up for the newsletter here: http://narrative.ly/memoir-monday/

About this month’s Readers:

PAUL LISICKY’s five books include THE NARROW DOOR, UNBUILT PROJECTS, THE BURNING HOUSE, FAMOUS BUILDER, and LAWNBOY. His work has appeared in the Atlantic, Conjunctions, Fence, the New York Times, Tin House, and elsewhere. His awards include fellowships from the Guggenheim Foundation, the National Endowment for the Arts, and the Fine Arts Work Center in Provincetown, where he has served on the Writing Committee since 2000. He is an Associate Professor in the MFA Program at Rutgers University-Camden, and spent Fall 2018 as a Visiting Writer at the University of Texas at Austin. He lives in Brooklyn. His sixth book, LATER, a memoir about early 1990s Provincetown, is forthcoming from Graywolf Press in March 2020.

NINA ST. PIERRE is a writer and editor with an MFA from Rutgers. Her work has been published or is forthcoming in Catapult, Narratively, InStyle, GOOD, Flaunt, Bitch, Brooklyn Magazine, and the Seal Press anthology, BURN IT DOWN. She’s finishing a memoir about self-immolation set in rural Northern California, and a collection of essays about boundaries via sex and spirituality.

ALCY LEYVA is a Bronx-born writer who graduated from Hunter College with a BA in English and The New School with a MFA in Fiction. He’s not entirely sure why this is relevant but he is told that it matters. His book AND THEN THERE WERE CROWS was released by Black Spot Books last summer, with the follow-up book being released Summer of 2019. He currently teaches high school and writes for Quiet Lunch Magazine.