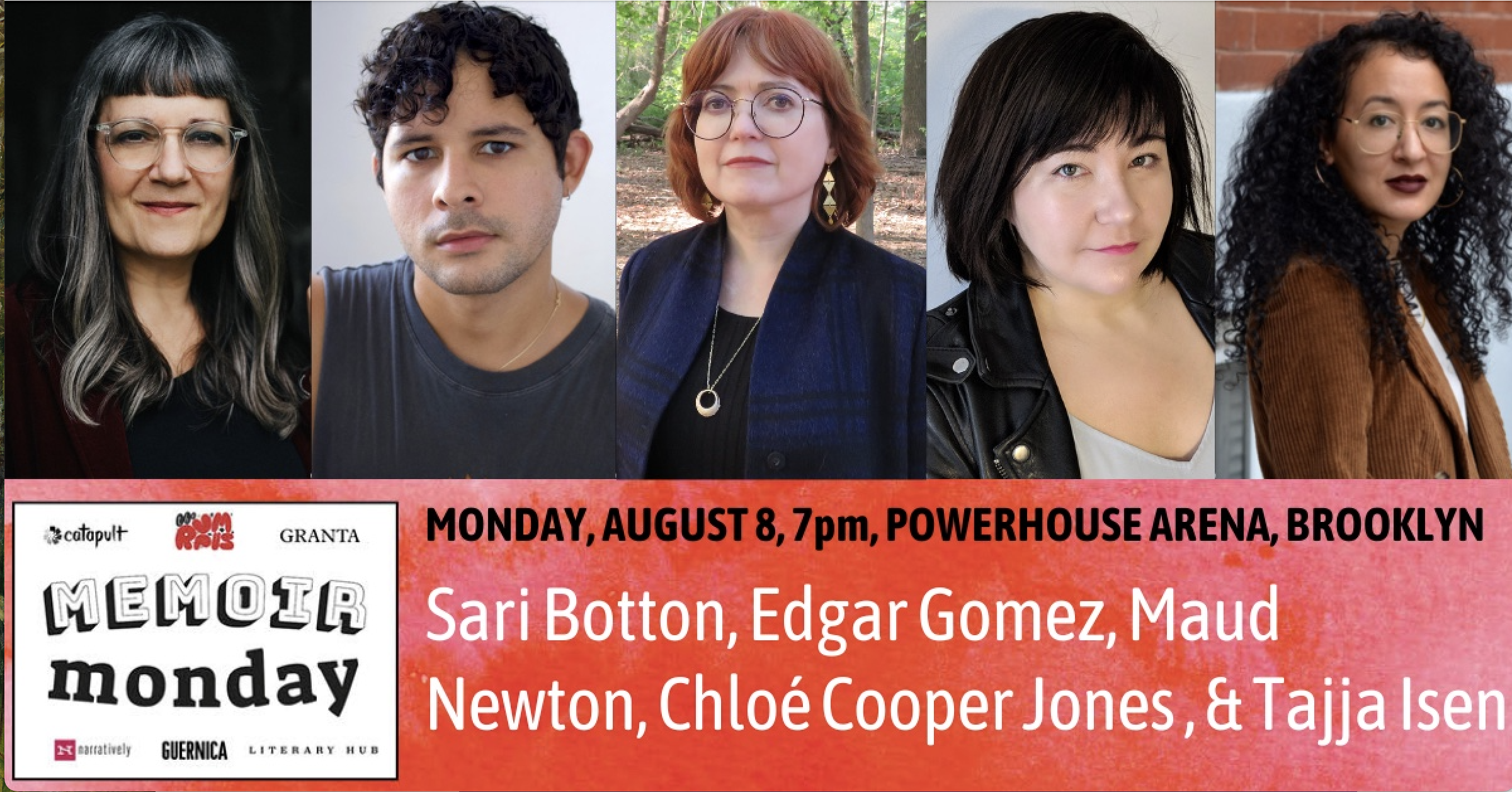 RSVP appreciated. Please fill out the form at the bottom of this page if you plan on attending. Please note that all attendees must wear a mask.

SARI BOTTON is the essays editor for Longreads. She teaches writing courses at Catapult and in Bay Path University’s MFA program. Her work has appeared in the New York Times, New York Magazine, the Village Voice, Harper’s Bazaar, Marie Claire, More, and the Rumpus, plus other publications and anthologies. She lives in Kingston, New York.

EDGAR GOMEZ  is a Florida-born writer with roots in Nicaragua and Puerto Rico. A graduate of University of California, Riverside’s MFA program, he is a recipient of the 2018 L. M. and Marcia McQuern Graduate Award in Non-Fiction Writing. His work has been published and anthologized widely in such outlets as Popsugar, Longreads, Narratively, The Rumpus, and Ploughshares. He lives in Queens, New York, where he is saving up for good lotion.

MAUD NEWTON is a writer, critic, and occasional speaker. Ancestor Trouble: A Reckoning and a Reconciliation (Random House), her first book, has been called “a literary feat” by the New York Times Book Review and a “brilliant mix of personal memoir and cultural observation” by the Boston Globe, praised by Oprah Daily, NPR, the New York Times, Vanity Fair, Vulture, the Los Angeles Times, Wired, and many others, and named one of Esquire’s best books of 2022.

CHLOE COOPER JONES is a philosophy professor and journalist who was a finalist for the 2020 Pulitzer Prize in Feature Writing. Her work has appeared in publications including GQ, The Verge, VICE, Bookforum, New York magazine, and The Believer, and has been selected for both The Best American Travel Writing and The Best American Sports Writing. She lives in Brooklyn, New York.

TAJJA ISEN is a writer, editor and voice actor. Her essays and criticism have appeared in dozens of outlets across the US and Canada. She is the editor in chief of Catapult magazine, the former digital editor of The Walrus and has also edited for Electric Literature. She is the coeditor of the essay anthology The World As We Knew It: Dispatches from a Changing Climate. A voice actor for more than two decades, Isen can be heard on such animated shows as Atomic Betty, The Berenstain Bears, Super Why!, Go, Dog. Go!, Jane and the Dragon, and many others.