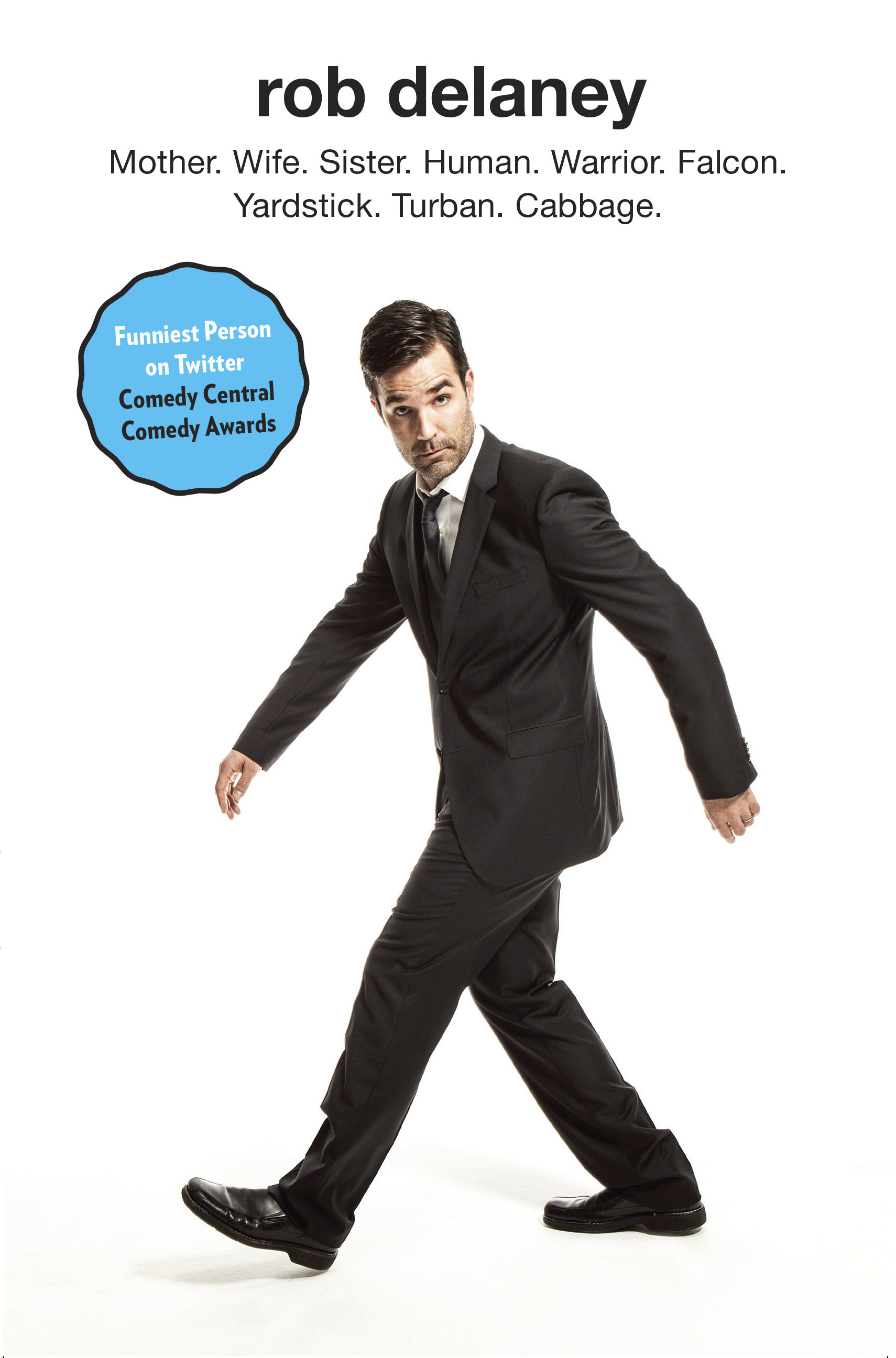 Attendees purchasing a copy of ROB DELANEY will be granted early access seating at 6pm. Doors will open for general seating at 6:30pm. Seating is available on a first-come, first-served basis. Rob will only sign books bought at POWERHOUSE Arena.

Rob Delaney is the raunchiest feminist you’ll ever meet. But if you’re one of the 830,000 people who follow him on Twitter, you already know that. Delaney has made the 140 character tweet into a comic art form and that talent-along with the hilarious and painful sharing he does in his stand-up-has made him a white-hot comedy superstar. Tackling subjects from his youthful obsession (and pen pal relationship) with heavy metal band Danzig to drunken bungee jumping off the Brooklyn Bridge, from his court-ordered stint in rehab to witnessing the miracle of his son’s birth, these essays meanderingly trace Rob’s journey from middle class theater geek, to public menace, to devoted family man and passionately engaged model citizen. All together, these essays (interspersed with some of his “Greatest Tweets”) make clear why it is he is so darn lovable and so funny.

ROB DELANEY is a stand-up comic and comedy writer who writes for Vice magazine, played Mitt Romney for Funny or Die, and won “Funniest Person on Twitter” at the Comedy Central Comedy Awards. He has over 900,000 Twitter followers, and growing. Rob, an outspoken democrat, was also invited to the Obama headquarters on election night.