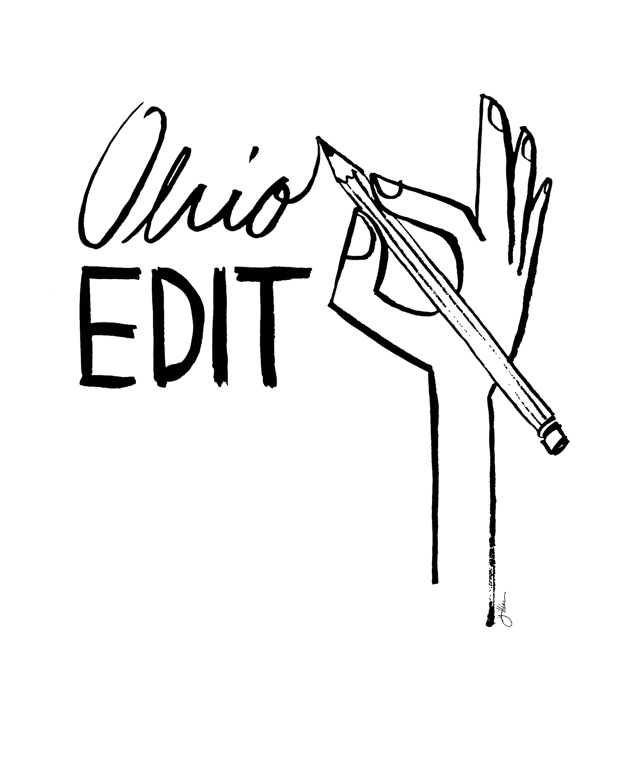 Ohio Edit’s Global Holiday Extravaganza features some of the sparkliest writers from across the globe, including  Natalie Eve Garrett (Hairpin) from Washington, DC; Zoe Ruiz (The Rumpus) from Los Angeles; Jim Behrle (Hairpin, Awl) as Santa; and Amy Fusselman (The Pharmacist’s Mate/8). Plus free wine and candy canes!

Amy Fusselman is the author of 8 and The Pharmacist’s Mate and is the editor of Ohio Edit. Her forthcoming book is Savage Park.

Zoe Ruiz is the managing editor of The Rumpus. Her work has appeared in The Weeklings, Salon, and Two Serious Ladies and she has a bi-monthly column on Ohio Edit. She studied creative writing at UC Santa Cruz and now lives in LA.

Jim Behrle is Santa. He writes for The Awl, The Hairpin, The Poetry Foundation, and the good boys and girls everywhere.

Natalie Eve Garrett is an artist, writer, sea creature and chickpea. She lives with her husband and two children near the place where she grew up, in a town just outside DC, along the Potomac River. Her work can often be seen on The Hairpin, where she has several regularly featured columns, including a popular food column called Disgustingly Good. She is currently working on a cookbook anthology called The Artists’ and Writers’ Cookbook.

Josh Lefkowitz has had poems published in Court Green, The Hairpin, and elsewhere.  He has recorded humorous essays for NPR’s All Things Considered and BBC’s Americana, and previously performed a pair of autobiographical monologues in theaters and spaces across the country.  Josh won the 2013 Wergle Flomp Humor Poetry contest.  He lives in Prospect Heights, Brooklyn.

Kathy Giuffre is the author of An Afternoon in Summer: My Year in the South Seas and lives in Colorado with her husband and two sons. Her NPR radio show is called “Off Topic” and can be heard every Saturday morning on KRCC 91.5 FM or anytime at offtopicradio.org

Molly MacDermot is a noted expert on teens and has served as Editor in Chief of the teen magazines M, QuizFest, AstroGirl, and J-14.

Todd Wernstrom is a wine distributor in New York City where he lives with his wife, three children and a crazy (but cute) little dog. Prior to forming his own distribution company, he wrote about wine for a number of national and regional publications. To his great surprise, he recently discovered that not being paid to write about sports-related topics is far more satisfying than being paid to write about grapes.

Jillian Chaitin was born and raised in San Diego, California.  She had a natural love of making art from very early on, which was fostered by her mother, an art teacher. Jillian went on to study fine art at U.C. Berkeley, before moving to the New York to continue her studies of painting, illustration, and screen printing, at SVA and FIT. In addition to being an illustrator and artist, she and her husband, Jeremy Hollingworth, are co founders and partners of Cabin Modern, a boutique interior design and lifestyle studio. Jillian lives with her husband on the lower east side, and loves traveling, hearts, and taking polaroids.

Jen May is a Scorpio and artist living in Brooklyn, NY with 3 cats.

Alison Syntk is a safety conscious rock star, living the dream one prevented accident at a time.  Mostly fueled by pork products and benign rage, Alison manages awkward people in awkward situations, edits textbooks in a language she can barely understand, and believes that she can communicate best though song.  Her writing and activities are widely available online and under many monikers, including SYNTK and Chaksquared.