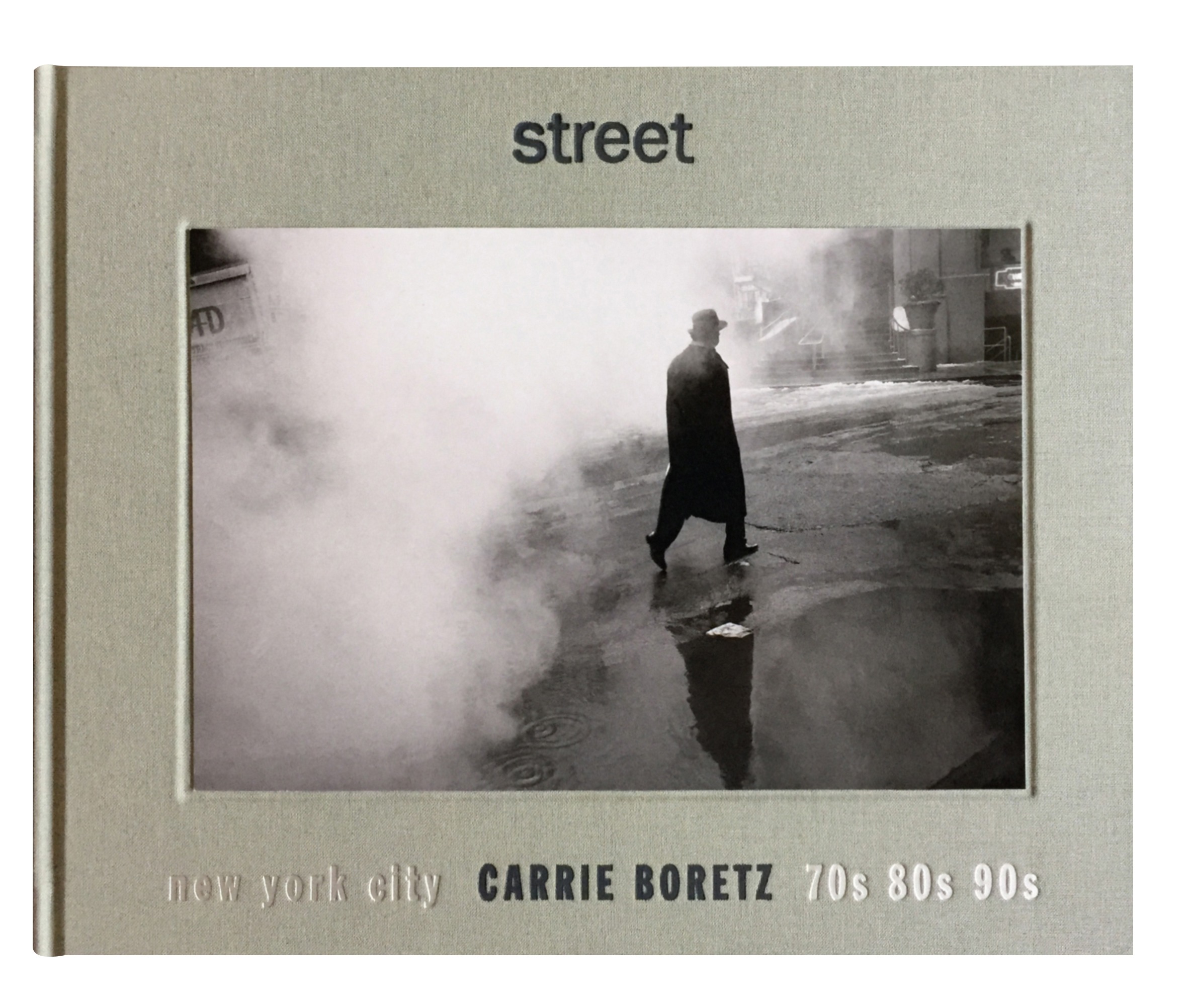 The photographs in Street were taken by Carrie Boretz in New York City from the mid 1970s through the 1990s. It is common knowledge that the city was on rocky ground for many of those years but these are not pictures filled with drama or strife. Instead Boretz was always more interested in the subtle and familiar moments of everyday life in the various neighborhoods where she lived, before much of the graffiti was scrubbed away and the city sanitized and reborn to what it has since become.

For so many living in and visiting New York today, it is forgotten or altogether not known how different so many parts of the city were during that time. Many of these pictures show the reality of the streets then, where every day workers, the homeless, the affluent, and tourists all shared the common space, providing examples of how one of the greatest cities in the world was one often filled with contradictions. But there is also a timeless element to these images as children still play in the parks, streets, and schoolyards, commuters still face the elements daily as they wait, there are still regular demonstrations and parades, and the whole spectrum of the joys and pitfalls of humanity are still visible most anywhere a person looks.

For Boretz nothing was scripted, it all played out right before her. As Patti Smith said, “You need no rationale, no schooling. It’s love at first sight. You see something and you have to capture it. Instinctive, bang, you feel one with it.” Indeed, Boretz doesn’t have a philosophy about shooting other than trusting her instinct: she saw, she shot, she moved on, always looking for moments that made her heart beat faster. It was the continual rush of knowing that at any time she could come upon something real and beautiful. That is why and how she shot and why and how her Street is so special.

After graduating in 1975 from Washington University in St. Louis Carrie Boretz began her life as a New York City photographer a week later, landing an internship at the Village Voice. Over the next decade she photographed for The New York Times Magazine, New York, Sports Illustrated, People, Fortune, and Life. By the 1990s she was shooting almost daily for the New York Times‘s “Day” beat, one picture that revealed a slice of the city on that particular day. The streets were her “office” life but after 25 years of shooting, she traded it in to start life in an actual office and became a photo editor at S.I.’s GOLF, (2003–2013) where she was the only one on staff who didn’t play the game. Street is her first book of photographs.

About the Forward Writer:

Vivian Gornick is an American critic, essayist, and memoirist. She is the author of 11 books; the most recent, The Odd Woman and the City, was published in May 2015. Her journalism has appeared in The New York Times, The Nation, The Atlantic Monthly, as well as many other publications, and she has taught non-fiction writing in MFA programs all over the States.