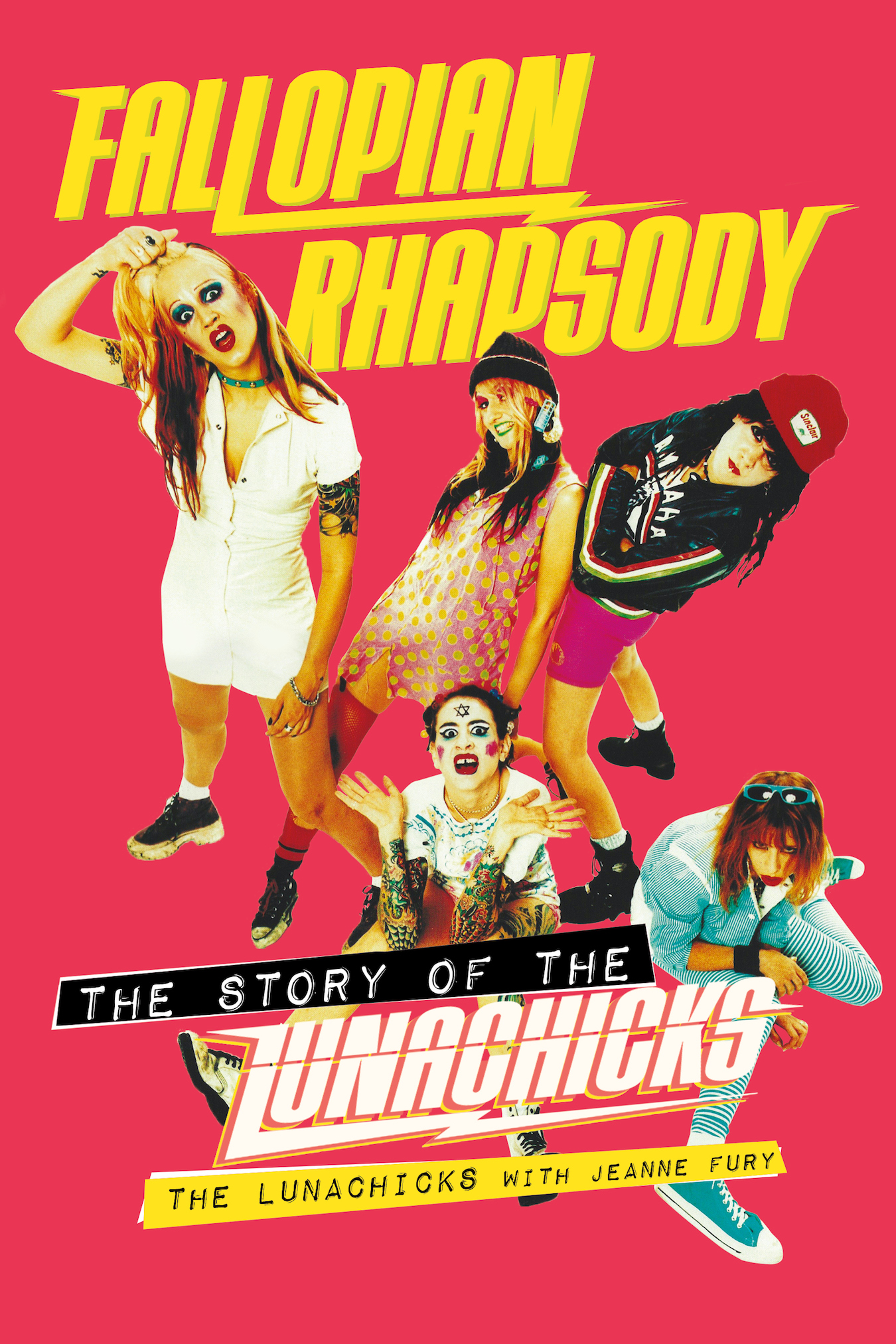 In the late 80s, three self-described “total freak” high school girls from Brooklyn formed the Lunachicks at LaGuardia High School (of “Fame” fame) and signed a record deal with Blast First Records, whisked into the studio by Kim Gordon and Thurston Moore. Over the course of thirteen-ish years, the Lunachicks brought their brand of outrageous hard-rockin’ rebelliousness around the world countless times, simultaneously scaring conservative onlookers and rescuing the souls of wayward freaks, queers, and outcasts. The Lunachicks fought for their space in the virtually boys-only world of punk and rock throughout the 90s. Their unforgettable costume- critiques of pop culture were as loud as their “Marsha[ll]” amps, their ferocious tenacity as lasting as their pre-internet mythology. They toured with bands like the Go-Go’s, Marilyn Manson, No Doubt, Rancid, and The Offspring; played the Reading Festival with Nirvana; and rocked the main stage at the Warped tour twice.

Yet beneath all the makeup, wigs, and hilarious outfits were three women struggling to grow into adulthood under the most unorthodox of conditions. Together onstage they were invincible B-movie superheroes who kicked heaps of ass—but apart, not so much. Depression, addiction, and identity crises loomed overhead, not to mention the barrage of sexist nonsense they faced from the music industry.

FALLOPIAN RHAPSODY: The Story of The Lunachicks is a coming-of-age tale about a band of NYC teenagers who forged a sisterhood, found salvation, and fervently crashed the gates of punk rock during the ’90s, accidentally becoming feminist icons along the way. More than that, this is a story about the enduring friendship among the book’s three central voices: Theo Kogan, Sydney Silver, and Gina Volpe. Their group memoir, written with journalist Jeanne Fury, will also recount their collapse, drug abuse and intervention, survival and reinvention. Filled with never-before-seen photos, illustrations, and ephemera from the band’s private archive, and featuring contributions from Lunachicks drummer Chip English, founding member Sindi B., and former bandmate Becky Wreck, FALLOPIAN RHAPSODY is a bawdy, gripping, warts-and-all account of how these city kids relied on their cosmic creative connection to overcome internal strife and external killjoys, all the while empowering legions of fans to shoot for the moon.

For readers of Carrie Brownstein’s Hunger Makes me a Modern Girl, Kim Gordon’s Girl in a Band, and Chrissie Hynde’s Reckless, Fallopian Rhapsody is the literary equivalent of diving headfirst into a moshpit and, slowly but surely, venturing up to the front of the stage.

Jeanne Fury is a music journalist who’s been published in the Village Voice, Billboard, Entertainment Weekly, rollingstone.com, spin.com, NYMag.com, and elsewhere. She contributed to Women Who Rock, as did frontwoman Theo Kogan.