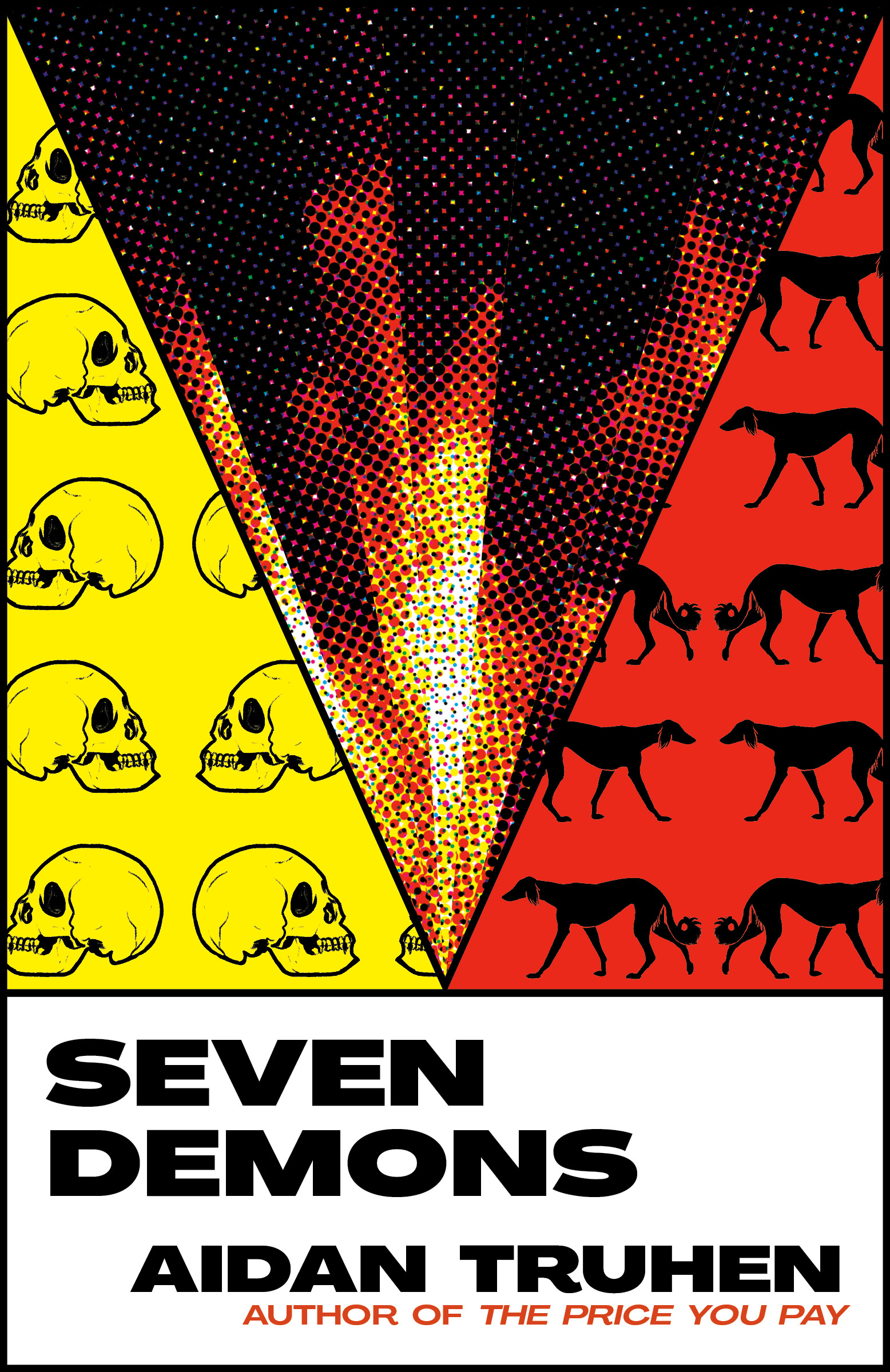 Jack Price and his Seven Demons, the most dangerous and feared assassins in the in the world, are taking on the bank heist of the century.
Meet Jack Price and the Seven Demons: Doc, the evil mad scientist presently using Jack for sex; Rex, an explosives expert who doesn’t ask too many questions so long as something goes boom; Volodya, a Ukrainian assassin who may or may not be a cannibal; Charlie, a comic book artist with computer skills and an anarchist bent; Lucille, whose specialty is razor-edged hugs; and Jack’s predecessor, Fred, who doesn’t contribute a whole lot owing to being a severed head on a stick. Finally there’s Jack himself, former coffee magnate turned cocaine dealer turned First Demon, but basically just a guy trying to get along.
Jack has a problem. The Seven Demons don’t have a contract, and there’s nothing more volatile than a gang of deadly killers with nothing to do. Luckily, a shadowy Eurotrash businessman wants them to pull off the heist of a lifetime, breaking into a bank that makes Fort Knox look like the corner candy store. Jack thinks this will be a nice little diversion for his crew . . . until a rosy-cheeked, lederhosen-wearing little psychopath named Evil Hansel stabs him with an oyster knife, and the whole situation goes completely to hell. Someone isn’t playing straight, and in a game of double crosses, Jack Price will do anything—literally, anything—to come out on top.

AIDAN TRUHEN lives in London. He worked in commodities of one sort or another until he was thirty, which is an age when a man wants his positive achievements to outnumber his acquittals. He’s trying to reinvent himself as a writer. We’ll see how it goes.