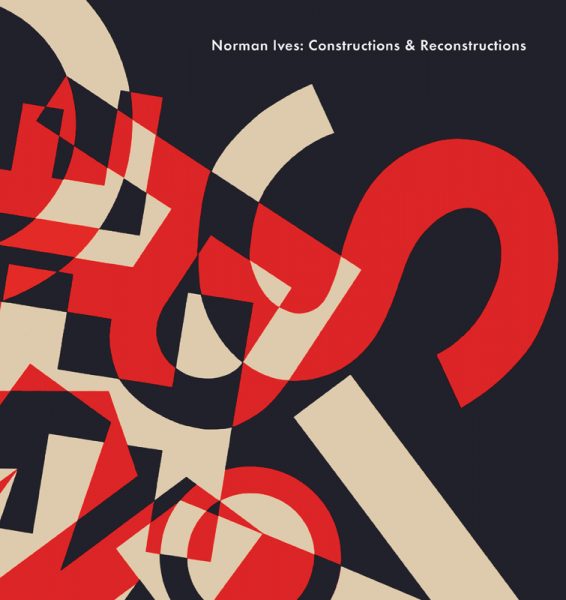 Norman Ives: Constructions & Reconstructions is an in-depth chronicle of the spirit and genius of master fine artist and renowned graphic designer Norman Ives. This book introduces unseen treasures and fully defines Ives’s signature use of letterform fragments. These became the lyrical strokes of his abstract constructions and reconstructions. He is clearly a modern master.The book is a work of art. At 312 pages with 400 illustrations, the book’s author and designer John T. Hill captures the brilliant variety and vitality of his work. Ives’s design and art anticipates the percolating type-as-art movement that has since become ubiquitous in painting and sculpture, as well as other massive architectural “type works.” Ives was part of Josef Albers’ restructured Yale School of Art which transformed the traditional teaching of graphic design, leading it towards a more demanding and thoughtful profession.Ives was a rare artist who was recognized for his innovative work in design. However, his vision extended well beyond the field of graphic design. His paintings and collages are collected by major museums: The 1967 Whitney Annual exhibition of American painting, the Guggenheim Museum, Yale University Art Gallery and various other institutions.Norman Ives summed it up best when he wrote: “Vision is the most universal of languages; seeing is more convincing that reading. It is up to the designer to interpret our culture in a way that is universally understood through the eye. “

John T. Hill is a graphic designer, author and photographer.  Hill was Ives’s student and teaching colleague at the Yale University School of Art where he taught both graphic design and photography. Hill co-founded Yale’s first Department of Photography and was its first director of graduate studies.

Following a successful career as a corporate photographer, Hill is currently focused on book and exhibition design, and writing. Two of his book designs were selected by the AIGA for their 50 books of the year award.

As executor of the Walker Evans estate, Hill produced books related to the work of this iconic photographer. A short list includes: Walker Evans: Lyric Documentary and Walker Evans: Depth of Field. The latter book accompanied a major exhibition hosted by the Josef Albers Museum in Bottrop, Germany, co-curated by Hill. It is the most comprehensive Evans’s exhibition to date.

In 2007 the AIGA hosted Norman Ives: Constructions & Reconstructions, designed by Hill. It was the first exhibition to note Ives’s recognition as a fine artist and a graphic designer.

In 2016 the Rochester Institute of Technology hosted the exhibition Norman Ives: Constructions & Reconstructions which was the first extensive showing of Ives’s multi-faceted career.

About Norman Ives (1923-1978): After serving five years in the United States Coast Guard, Ives began studies at Wesleyan University. Upon his graduation in 1950, he enrolled in a graduate art program at Yale University, becoming a member of the first class to reflect Josef Albers’s tectonic restructuring. After graduating, Ives joined the design department faculty and was soon honored as “teacher of the year.”

As a quintessential artist, Ives was attracted to graphic design where he might create works that balanced his passion for form with the additional need to reach a broader audience. His elegant symbols are most notable examples of that balance. Ives’s eight-foot square painting, Number 3- L, was selected for the 1967 Whitney Annual Exhibition of American Artists. That same year, Mildred Constantine created an exhibition at the Museum of Modern Art titled 3 graphic designers featuring the work of Norman Ives, Massimo Vignelli and Almir Mavignier

Leonard Stokes was Ives’s assistant, colleague and friend at Ives-Sillman, Inc., art publishers in New Haven, Connecticut. He worked with Ives on various book projects including Formulation: Articulation by Josef Albers and Walker Evans: 14 Photographs. He also worked with Ives on a number of mural projects in the late 1960s and early 1970s.

At Purchase College (SUNY), School of Art and Design, Stokes taught classes in color and drawing from 1973-2012.

Stokes is known for his collages and montages. In the mid-nineties, he turned to digital compositions.  Describing his work, Stokes wrote, “I’ve been endeavoring to make the collage seamless . . . and it continues to be improvisatory. I play with the materials and let the piece in progress tell me where it wants to go. My hope is that the viewer enjoys the looking as much as I enjoy the cooking.”

He graduated with a BA from Yale College in 1966 followed by an MFA and BFA from the Yale University School of Art and Architecture in 1969.